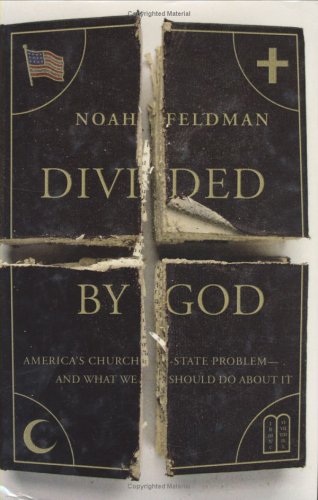 This past summer's split Supreme Court decisions on Ten Commandments displays, and the public reaction they provoked, shows that the nation remains deeply divided over the proper relation of religion and government. Noah Feldman, a New York University law professor, insightfully traces the divide between religious traditionalists (whom he calls "values evangelicals") and "legal secularists."

In Feldman's terms, values evangelicals (who include many Catholics, Jews, and Muslims) contend that public policies in America must be guided by the values—especially the shared values—of our leading religious traditions. Secularists, on the other hand, see religion as a private matter, which if allowed to intrude on the sphere of government will divide rather than unite us.

Legal secularists enlisted the Supreme Court in the 1970s, as the justices banned official prayers and Ten Commandments displays from the public schools and simultaneously forbade the government to aid parents who sent their children to religious schools. But these developments galvanized values evangelicals, whose political efforts indirectly helped appoint new justices less committed to "court-mandated secularism" (Feldman's terms). The 1990s Court more and more allowed the inclusion of religious schools in voucher and other government aid programs.

But values evangelicals have not fully succeeded, for the above cases hang by a single vote—that of the now-departing Justice O'Connor—and the Court has actually strengthened its ban on religious speech and symbolism by government, as in the recent Ten Commandments case from Kentucky. Feldman argues that neither side can fully prevail in the battle over religion in public life. Unity cannot be achieved entirely by religious values—which are too frequently not shared—or by the secularist exclusion of religious values, which simply excludes Americans of serious faith.

Feldman proposes a compromise designed to reduce America's religious divisions: "offer greater latitude for religious speech and symbols in public debate, but also impose a stricter ban on state financing of religious institutions and activities." His approach, the opposite of the Court's recent direction, would recognize religious values through symbolic means, thereby appealing to values evangelicals, but discourage state support for separate religious schools, thereby appealing to legal secularists.

Feldman's diagnosis is insightful and convincing; his prescription, more questionable. First, his overriding concern to manage religious division—understandable for someone who has worked on Iraq's new constitution—overlooks other central concerns of our church-state tradition. Founding-era leaders such as James Madison and Baptist preacher Isaac Backus emphasized maintaining the integrity and vigor of religion by keeping it separate from government. They thought that religion would thrive—and affect society more deeply—if it reflected free choices by individuals rather than promotion and favoritism by government officials.

Feldman's proposal to reinstate bans on funding would arguably lead us away from the ideal of religious choice. Parents would once again be denied assistance because they chose religious schools, a discrimination that discourages that choice, especially for low-income parents. Vouchers covering a wide range of religious and secular schools increase individual choice (although one may legitimately be concerned about the regulations that accompany voucher aid).

Conversely, government prayers and religious displays, which Feldman would allow, raise significant concerns about the integrity of independent religious institutions and ideas. The government selects one or two religious messages or symbols it favors, usually watered-down versions based on majority sentiment. Official prayers are reduced to vague commonalities between differing faiths; municipal crèches are surrounded by plastic reindeer and are used to further the commercialization of Christmas.

Feldman's compromise might also fail in its own goal of reducing religious controversy. Voucher programs do potentially create disputes—for example, is a school's teaching so anti-social that it should be ineligible?—but banning religious-school funding pushes everyone (except the wealthy!) into a single set of institutions, the public schools, where people then seek to impose their (inconsistent and incompatible) values. The results are emotional disputes over prayers, Christmas carols, intelligent design, sex education, and countless other issues. By contrast, school choice programs allow families to send their children to schools that more closely reflect their varying views.