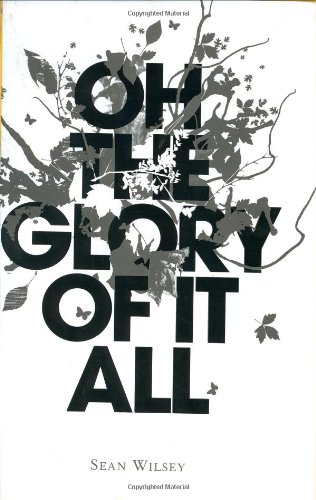 The Rich Are Different—and Not So Different—from Us

Think you're burned out on memoirs? Read this book.

Imagine: your father flies you and your friends, in his helicopter, forty miles over the mountain to a video arcade for the afternoon. Your mother writes a society column and holds roundtable luncheons in her apartment for famous people (Joan Baez, Dear Abby, Alex Haley, Gloria Steinem, Shirley Temple, and assorted Black Panthers). At movie premieres, crowds cheer from sidewalks and wave stake–and–posterboard signs for your mother: "Pat is our Gal," "Pat's Outta Site [sic]—says her Fans," and "We Like Pat Montandon." You enjoy a larger–than–life existence, with more money than you'll ever need (from your father's family's butter–and–egg business). So why are you so sad, so panicky for love?

Sean Wilsey, an editor at large for McSweeney's quarterly, was born in San Francisco in 1970. He writes, "In the beginning we were happy. And we were always excessive. So in the beginning we were happy to excess." All comes tumbling down after his parents' rancorous divorce (splashed out in papers, including the National Enquirer) and his father's immediate marriage to the Evil Stepmother, Wilsey's mother's best friend. Wilsey is shuttled to and from their houses—cavernous, lonely palaces with useless spaces—and becomes more and more resolute in his bids for their love and attention. Between his mother, who at one point begs him to commit suicide with her, and his father, who fawns over Wilsey's new stepbrothers, Todd and Trevor, Wilsey doesn't have a chance.

The title of Wilsey's memoir, Oh the Glory of It All, comes from a phrase the author used to repeat to himself when he was "alone and things were glorious." Part 1 is filled with stories that will make you cup your hand over your mouth—what damage parents can do to their child! Parts 2 and 3 will make you want to recoil and put the book down—what a horrible teen! Part 4 makes you want to meet the author and give him a hug because now he is magnanimous, with a the–buck–stops–here kind of attitude. "A memoir, at its heart," Wilsey says toward the book's end, "is written in order to figure out who you are. … It took the unlikely combination of the three of them—mother, father, stepmother—to make me who I am. … This book is the identity I've made—a better shot at salvation than trying to fix my father's mistakes. … I can't wait to write about something besides myself."

When he started this memoir, Wilsey tells us, he set out to write about Amity, a small school in Italy that saved his life. The school, set in a 16th–century villa in Tuscany with stone gates and terra–cotta lions and cypress–lined driveways, is a place where parents send their dead–end kids. Wilsey is strip–searched on arrival, and every scrap of his adolescent, clique–forming paraphernalia is removed and sent up to the villa's attic. The counselors and staff—once bad kids themselves, "a bunch of crazy zealots who'd got hold of an Italian villa and were trying to change the world"—are affectionate, and they swear by Amity's cleanup process Wilsey, a liar, smoker, and druggie—and tired of ruining his life—allows Amity to "prime" him.

The school's strategy for reforming us resembled a bone–marrow transplant: making us vulnerable, wiping out resistance, and then replacing everything they determined to be defective. (In my case, the most obvious thing in need of destruction and replacement was my deceitfulness. This was the first thing they went after.) And there were side effects. In the same way a common cold can kill after a bone–marrow transplant, after three months at the school I was so vulnerable and sincere, so truthful, direct, and open to my emotions that any Elton John song could produce in me ecstatic joy or deep woe—just about simultaneously.

Amity is a relief and a salvation to Wilsey after his failures at other schools (St. Mark's, Woodhall, and Cascade—the first, an East Coast boarding school; the latter two, reform schools), and he returns to San Francisco a transformed man.

Wilsey strikes up a different kind of relationship with each of his parents. His neurotic mother sends him letters of adoration, then letters of disownment. His father begins to deteriorate—literally. He is diagnosed with inclusion body myositis, a degenerative muscle disease that slowly destroys muscle mass. Wilsey has a few, brief, confusing conversations with his father, then realizes he wants his memoir to be of a broader scope. He wants the book to be "everything to everyone." And here it is: 1.7 pounds of human nature for your perusal.

Elissa Elliot is a writer living in Rochester, Minnesota.