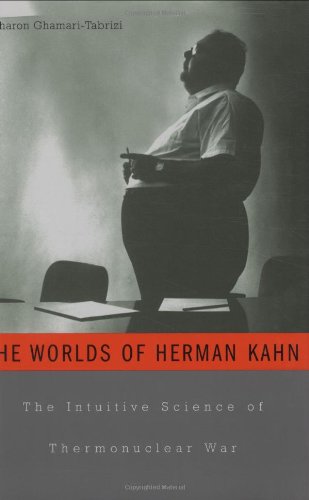 How to Think the Unthinkable

The lessons of Herman Kahn.

In her introduction, Ghamari-Tabrizi quotes Donald Rumsfeld's now-infamous statement about Saddam Hussein's purported weapons of mass destruction and their possible conveyance to Al Qaeda: "There are things we know we know. There are known unknowns, things we know we don't know. But there are also unknown unknowns." Ghamari-Tabrizi points out that Rumsfeld's cryptic threat assessment evoked, and was to some extent rooted in, Kahn's thinking about the unthinkable.

The affinity between Rumsfeld and Kahn is not surprising. Like the specter of nuclear holocaust at the peak of the Cold War, the threat of 9/11-inspired terrorism demands a willingness to contemplate contingencies that most of us instinctively shrink from. At the end of her introduction, Ghamari-Tabrizi suggests that "for President Bush, as for all of us, the matter ultimately turns on faith," the matter being the waging of war in the nuclear era. For her part, Ghamari-Tabrizi does not trust "the sciences underwriting war." Near the end of the book, she quotes disarmament activist H. Stuart Hughes reflecting on the dilemma of faith: "the best any man can do is make his choice in the agony of conscience … convinced that whatever he does will be in some sense wrong, that, like Pascal, he is making a desperate wager in the dark." In The Worlds of Herman Kahn, Ghamari-Tabrizi portrays a man who made that bet against seemingly impossible odds, and, probably laughing along the way, went for a swim.

The Worlds of Herman Kahn: The Intuitive Science of Thermonuclear War is available from Amazon.com and other book retailers.