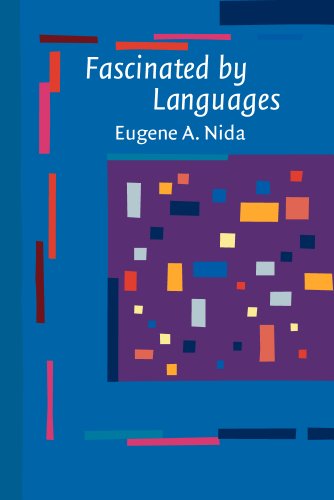 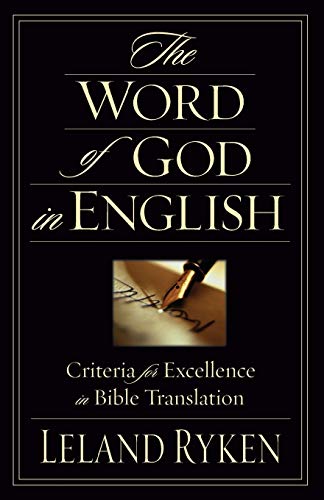 The Word of God in English: Criteria for Excellence in Bible Translation
Leland Ryken
Crossway, 2002
336 pp., 27.00

The Words of the Word

I wouldn't read this review if I were you. They say that there are two things you never want to see produced—laws and sausages. But there's at least one more: Bible translations. As Old Testament scholar Gordon Wenham says in his blurb for Leland Ryken's The Word of God in English, Ryken's book is "gripping" but "also most disturbing, for Ryken argues that most modern Bible translations sell their readers short."

This is hard to hear for believers who have memorized and treasured certain versions of their favorite verses. The translation we're used to seems as sacred to us as Scripture itself. If something's not quite right with the sausage, there's a part of us that would rather not know.

The problem isn't with Scripture, it's with language itself. In a recent essay in Harper's, Kitty Burns Florey remarks that trying to get English to conform to the rules of Latin grammar is "something like forcing a struggling cat into the carrier for a trip to the vet." Trying to get Hebrew (which is lusciously poetic) and Greek (which relies heavily on context for the meaning of words) to fit nicely into the parameters of English is similarly problematic.

The founder of dynamic equivalence is Eugene Nida, whose memoir of his 60-plus-year career as a linguist and biblical translation consultant was published recently by John Benjamins. Nida says he spent a lifetime urging translators to "see through and beyond the words to the meaning of the text." After all, Nida writes, "it is rare that key Greek words can or should always be translated the same way. In fact, key words are very likely to have quite different meanings in diverse contexts." And so dynamic equivalence (which Nida describes but doesn't name) is called for.

Nida's memoir is not much of a narrative—it's structured geographically rather than chronologically, and his anecdotes are random and abbreviated—but it's chock full of fascinating case studies. In South Africa, for instance, while working on a translation of the New Testament in the Shilluk language, Nida wondered whether to translate "forgiveness" with a term that meant "to spit on the ground in front of someone." It was the local custom for the plaintiff and defendant to spit on the ground in front of each other at the completion of a court case to signify its closure. It was a meaningful and culturally distinct way of rendering the concept of forgiveness, but translators were loath to give such theological weight to a word for what they considered a crude act. (Alas, Nida doesn't say what they decided.)

Elsewhere in Africa, Matthew 25 presented a problem. In that passage, Jesus invites the sheep into heaven but banishes the goats to hell. "But in most of sub-Saharan Africa, goats are prized for their resourcefulness, and sheep are often regarded as filthy scavengers," Nida writes. He considered it off-limits to "make the sheep into goats and the goats into sheep," but he told translators to explain the symbolism in a footnote. Spreading branches in the path of a leader is an insult in many parts of Africa, so a footnote was needed to clarify that Jesus' triumphal entry on Palm Sunday was indeed triumphal.

Nida also presents word studies from the Greek New Testament, including a partial list of the ways the word logos is rendered in English Scripture. The list includes the figurative title for Christ in John 1:1 ("Word" in English), "reason" in the phrase "the reason for your hope" in 1 Peter 3:15, "financial accounts" in "the servants' accounts" in Matthew 18:23, and a half dozen others. Sarks is similarly versatile, meaning "skin" in Revelation 19:18, "human form" in 1 Timothy 3:16, "humanity" in 1 Peter 1:24, and "race" in Romans 11:14. Nida said he and colleagues once produced a list of 25,000 meanings for the New Testament's 5,000 words. This made Nida skeptical of "the prevalence of 'word-worship,'" which he says "almost always results in skewing the meaning of the original and making artificial the form of the resulting translation." The solution is to find "the closest natural equivalent in meaning and impact."