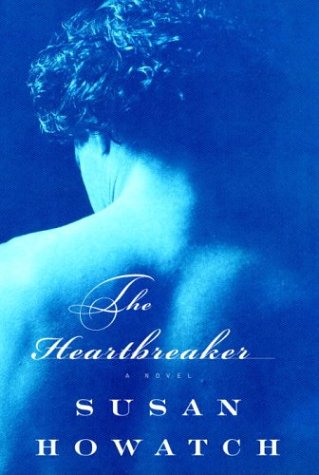 What's Love Got to Do with It?

The novelist Susan Howatch has had an unpredictable career. Publishing her first book in her mid–twenties, she made her name as a prolific writer of genre fiction—family sagas, gothic tales, and other such with Masterpiece Theater–style historical settings and a strong vein of romance. Few readers could have anticipated the turn she took next with the Starbridge series, a set of six novels ranging from the 1930s to the late 20th century and focusing on clerics in the Church of England. With this series Howatch single–handedly revived the moribund genre of ecclesiastical fiction, winning a wide readership especially among diverse Christian groups.

Her latest book, The Heartbreaker, is the third novel in a new series spun off from Starbridge. Here the focus is on the Healing Centre, an unconventional institution in the heart of London, where spiritual, psychological, and physical healing are integrated.

The new series includes some of the characters avid fans already know and love—or hate—from the Starbridge sequence. Here, as in the earlier series, Howatch fleshes out diverse theological positions that are not only debated but change lives in the course of the books. Here too Howatch excels at creating characters that are strikingly individual and psychologically complex. And to a degree unmatched in contemporary fiction, she depicts the disciplines of confession, spiritual direction, and repentance in the development of the characters over the years as well as the occasional miracle of God.

The two previous novels, The Wonder Worker and The High Flyer, introduce Father Nick Darrow, director of the Healing Centre, a spiritual director who possesses the gift of laser–like insight. Father Nick has been a source of strength for Carter, an attorney who wielded considerable financial and interpersonal power until her self–assurance and false sense of security blew up before her very eyes and she turned to God for salvation. Now—in The Heartbreaker— a fledgling Christian using her gifts as a fundraiser for the Healing Centre, Carter encounters Gavin, a heterosexual prostitute who services only homosexual "clients." He is alternately drawn to Carter and determined to get her out of his life.

Howatch does a superb job in capturing the dark reality of Gavin's days and nights. (At times, the depictions are so unsparing your skin will crawl.) She also is superbly insightful in portraying the spiritual struggle of pride, guilt, and sin that coming to Christ involves. Some readers may shy away from Howatch's realism, wondering if one must come this close to evil to understand its sneakiness and grip. But she is intent on showing the process of healing and conversion in all its messiness and confusion.

Carter is both drawn to and disgusted by Gavin. She finds herself weak in the knees at the flash of his charismatic smile and sexual energy. Then she is disgusted with herself for being attracted to someone who sells himself for a living and who treats all interactions with women as opportunities for sexual conquest. Howatch takes Carter through an intriguing discernment process whereby God teaches her to sublimate her sexual attraction into a truly sacrificial love for Gavin that both overrules her instinctive disgust and transforms her longing into a deep grace.

While Carter supposes that she must outright reject the attraction along with the person, the truth of what God wants from her is not all or nothing but something powerful and new in the middle of the two choices. Love him, pray for him, tell him about Me. That has an extraordinary ring of God to it that most long–term Christians recognize but are just as happy to stay asleep to. Can God use someone's sexual attraction to you for his kingdom? In the book, Gavin is drawn to Carter, which eventually brings him to God. In life? It is an intriguing question.

The ordinariness and stability of ongoing covenant or marriage love slowly and quietly trudges on side–by–side the roller coaster of soaring and falling purely sexual love throughout the story. Gavin becomes annoyed with "clients" who fall in love with him: "This is an exchange, this is business." You can have my body for a fee, but don't try to put any emotional pressure or obligation into the relationship.

Howatch captures the exploitation and hatred involved in sexual exchanges without love. Anyone can be an object for exploitation, and under the guise of any rationalization. Gavin sleeps with the widow of one of his clients just after the funeral under the pretext of helping her through her grief. Howatch exposes the bottomless pit of sexual rationalization and denial time and time again, like a two–by–four to the head. It is a radical cultural position for a single English Anglican writer, speaking to the culture of England and the United States today. But at the same time, the novel affirms the transformational power of actually seeing a person as a creation of God, and speaking into that reality, even if the person himself does not see it.

And so the reader is left wondering. How realistic is this hope for transformation? How viable is Gavin's conversion? Does God want me to reach out with grace, even to prostitutes? Can God actually use me in a similar way with others today? No, that's right, it is just a book.

Karen L. Maudlin is a psychologist living in the Bay Area.