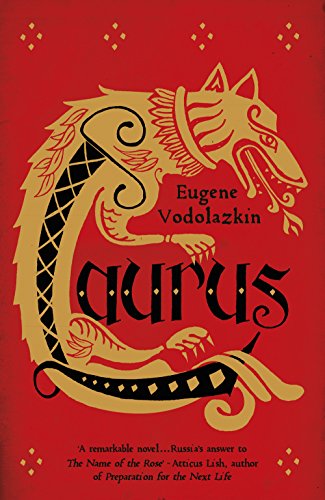 In a late scene from Eugene Vodolazkin's novel Laurus, the newly shorn monk Amvrosy converses with Elder Innokenty about the nature of time. The elder disappears and reappears from the opposite side of the monastery wall as he discusses a parallel concept from geometry:

I will liken the motion of time to a spiral. This involves repetition but on some new, higher level. Or, if you like, the experience of something new but not from a clean slate. With the memory of what was experienced previously … .

And you, O elder, are making circles, Amvrosy told him

No, this is already the spiral. I am walking as before, along with the swirl of leaves but—do take note—O Amvrosy—the sun came out and I am already a little different. I feel as if I am even taking flight, ever so slightly. (Elder Innokenty broke free of the ground and slowly floated past Amvrosy.) Though not very high, of course.

Oh no, that's fine, Amvrosy nodded. The main thing is that your explanations are straightforward.

Any meeting of the mundane and mystical is bound to produce a few laughs. But even the comedy in Laurus has a holy freshness to it, like tripping in a baptismal pool. The novel begins with the birth of a Russian boy on the feast day of Arsenius the Great in "the 6948th year since the creation of the World," or around AD 1440. Christened Arseny, he goes to live with his grandfather Christopher in the countryside when the plague appears in his hometown. From Christopher, Arseny learns to tend the sick and heal with herbs. While still young, he makes wings from peacock feathers and tries to reach heaven from the top of the roof (he wants to meet his dead grandmother). Though effect doesn't always follow cause in this novel, it does here, and Arseny ends up with a broken foot. But the flight is a picture in miniature of the rest of his earthly life; love will propel him to do great deeds among the living, even as guilt pulls him down into a life of self-sacrifice and fearlessness ...