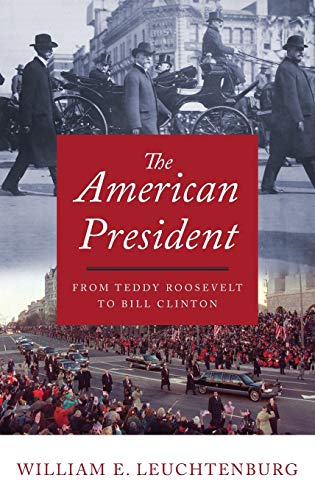 What makes a good president? It's a question of perennial interest—and one that may seem particularly relevant (or ironic) just after the Republicans and the Democrats have held their national conventions. Historians don't have access to infallible criteria. But at least they have the perspective of time. They can judge reality against campaign promises. In the middle of an emotionally charged campaign, two reasonably intelligent voters can believe that one candidate will make America great again and the other person's choice will send the country into irreversible decline. You can be sure that Donald Trump or Hillary Clinton would ruin America as president. But only historians claim the authority to rank someone alongside James Buchanan and Warren Harding.

How, then, do historians judge the 44 US presidents? One interested observer to this debate said, "The mark of a leader is whether he gives history a nudge." When ranking presidents, this comment certainly applies to such remarkable executives as Thomas Jefferson, Abraham Lincoln, and Franklin Delano Roosevelt. But it also applies to the man who made the statement: Richard Nixon. He nudged the United States toward relations with Communist China, and also nudged the American population toward cynicism when Watergate revealed his true character.

More conservative observers might urge great presidents to affirm, "The history of liberty is the history of the limitation of governmental power, not the increase of it." This statement sounds like one of the Founding Fathers, perhaps George Washington or John Adams. Or maybe that most photogenic president, Ronald Reagan, offered these words to support his case that government is the source of our problems. Actually, it was Woodrow Wilson, who by the end of his second term advocated, unsuccessfully in his own country, for a League of Nations.

History, in the eyes of those who write about it, belongs to the doers, the leaders who nudge the world toward progress. Such a standard ...