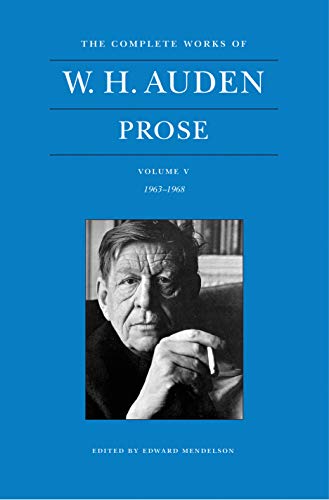 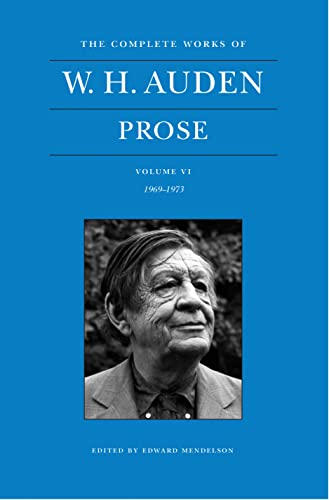 The Poet in Old Age

With the publication of these two books, Edward Mendelson brings to a close the second stage of a massive project,the Complete Works of W. H. Auden. The first stage was the publication of the dramatic writings, the plays and libretti that Auden worked on often on throughout his career, in two volumes. The second stage collects, in six large volumes, Auden's prodigious output of prose, most of it written to order for magazines and newspapers. Now that that task is complete, Mendelson will turn his attention to Auden's poetry, which will appear in a projected three volumes. Given Auden's penchant for revising his poems, this third stage of the project will present quite a challenge to Mendelson. But as Auden's literary executor since 1972, and a prodigiously skilled textual editor and critic, he is the only person in the world truly qualified to do the job.

Auden always insisted that he wrote prose only for the money. Like Robert Graves, who described popular novels as show dogs he raised and sold in order to feed his beloved cat Poetry, Auden spent about half of every year writing reviews and essays that would enable him to spend the other half of the year on his true calling.

Nevertheless, Auden improved the time by using book reviews as opportunities to work through ideas that interested him. For instance, in 1944 he convinced The New Republic to allow him to review a book that had been published years earlier, Charles Norris Cochrane's Christianity and Classical Culture, largely so he could sort out his own strong responses to Cochrane's argument. (He also wanted more people to know about the book, which he believed to be a masterpiece.) More oddly, Auden's 1956 review in The New York Times of Tolkien's Return of the King goes on for several paragraphs in this vein: