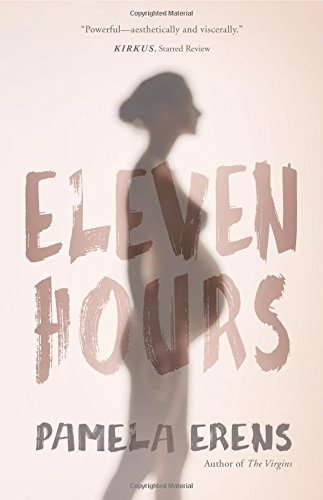 The story of a woman giving birth.

Writing in The New Yorker about the BBC's Call the Midwife, Emily Nussbaum praised the television series, calling it "a portal to a primal experience" and "a safe place for dark truths, among them the many ways in which birth can be a terror, something that no one is designed to go through alone." Most mammalian species find a quiet place to hide when their time to deliver draws near, but it is a peculiarity of humans to seek not just companionship but help through the storm of labor. Human pelvises are shaped such that the optimal position for pushing a baby out is with the baby facing its mother's spine; bipedalism being what it is, it's not easy for a woman to catch her own baby safely as it emerges, much less unwind the umbilical cord from its neck if need be. Hence midwifery, a word whose etymology expresses its essence: a midwife is a 'with-woman.'

It is also a peculiarity of humans—and perhaps women in particular—to regard this primal passage as rich in metaphorical meaning: not without reason does Genesis, in its earliest chapters, assign a theological etiology to pain in childbirth. To be human in a world that is not as its Creator wishes it to be is to accept that the transcendent joy of new life is inextricably wedded to blood and sweat, to pain and to death: in Jewish tradition, beginning in the Torah, a woman must be purified after giving birth not because she is 'dirty,' but because in giving life she has touched death. "When a woman gives birth," says Francie Nolan's Catholic grandmother in A Tree Grows in Brooklyn, "death holds her hand for a little while."

Even so, most fictional accounts of childbirth are either laughably inaccurate—involving montages of screaming women, baffled husbands, and babies arriving with improbable rapidity—or else neatly excised from the narrative. Call the Midwife is, as Nussbaum notes, an exception, turning its unblinking, gracious gaze on working-class Londoners straining and grunting their babies ...