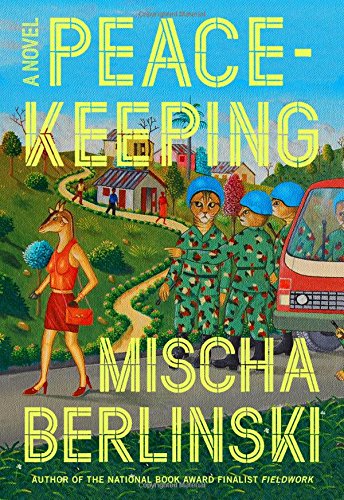 Some of the stories may even be true.

On September 11, 2001, quite a few authors were writing novels, some of them set in New York City. After the traumatic events of that day, many of these authors found themselves, in their shock and grief, unable to go on writing. Those who did eventually return to their manuscripts had to decide whether or not to include the terrible events of 9/11. Claire Messud, for example, was writing a satirical novel (The Emperor's Children) about some feckless young adults adrift in the New York literary world. Then she had a baby, then 9/11 occurred. As she told National Public Radio, she shelved the manuscript for a while. When she came back to it, she felt compelled to incorporate 9/11, which meant reframing her story. The memory of that awful day, she said, turned her satire into a historical novel and gave her more sympathy for her characters.

Something similar happened to Mischa Berlinski in Haiti on January 12, 2010, when a magnitude 7.0 earthquake struck the island nation, devastating Port-au-Prince and its environs. Berlinski had been living in Haiti since 2007, when his wife, a lawyer, took a job with the United Nations Peacekeeping Mission there. When the quake struck at 4:53 in the afternoon, Berlinski was in his office in Port-au-Prince, working on his second novel. After hitting the save button on his laptop—a true writer's reflex—he ran outside. As he wrote in The New York Review of Books (February 25, 2010), it never occurred to him that he might die, or that his wife and infant son might perish. He was right—they all survived, as did his novel-in-progress. That novel, Peacekeeping, has now been published, six years after the earthquake.

Without giving too much away, I can reveal that the earthquake of 2010 does indeed figure in the novel. Peacekeeping is not about the earthquake or its aftermath, however. It is not a Natural Disaster Novel, the way Jonathan Safran Foer's Extremely Loud and Incredibly Close is a 9/11 Novel. It is a novel about ...