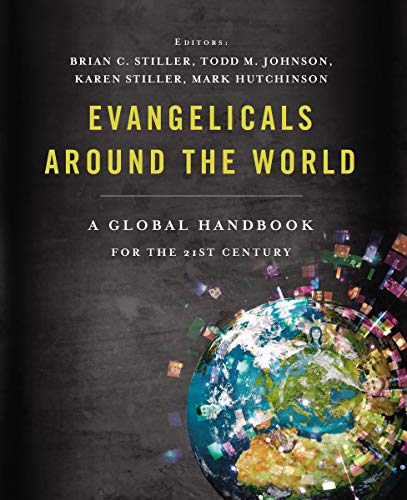 Into All the World

A global handbook of evangelicalism.

To observe that evangelicalism underwent significant developments in the 1970s and '80s seems only to repeat the obvious. Readers of Books & Culture might think first of the politicization that attracted many evangelicals to the Republican Party or perhaps about the widely publicized controversies over terms like "inerrant" or "inspired" to describe the character of Scripture. We might also consider highly visible figures (Billy Graham, Bill Hybels, Jerry Falwell, et al.) who have received so much attention in the American media.

Evangelicals Around the World, a richly informative handbook commissioned by the World Evangelical Alliance, asks us to think again. While the volume includes much on matters that many of us in North America would instinctively consider the main developments of recent evangelical history, most of its pages open up subjects, spotlight individuals, and explore situations that are all but unknown in the United States.

There is for example the remarkable resurgence of evangelical Christianity in Cambodia—where churches begun by Christian and Missionary Alliance missionaries were all but wiped out in the genocide orchestrated by Pol Pot in the late 1970s. Remnants of those churches straggled into Thai refugee camps, where they hung on until allowed to return. Today more than 200,000 Cambodian evangelicals enjoy flourishing churches while also dispatching missionaries into unevangelized villages. Cambodian evangelicals also provide the main support for Ratanak International, an NGO founded by Brian McConaghy, a former member of the Royal Canadian Mounted Police. Ratanak combats sex trafficking under the leadership of individuals like Reaksa Himm, whose family was killed by the Khmer Rouge; he obtained training as a psychologist in Canada before returning as a missionary to his own native people.

In an exaggerated variation of tensions also experienced in North America, South American evangelicals during the 1970s and ...