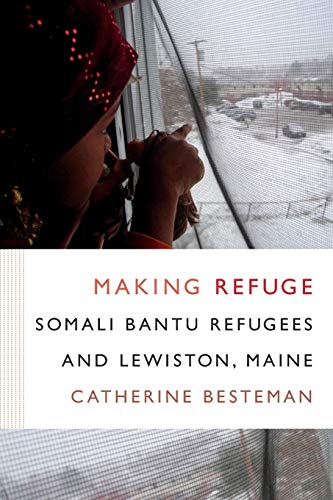 Do We Really Welcome Refugees?

“No one shall make them afraid.”

George Washington is not the first person to come to mind when we're talking about modern-day matters of immigration, but there he is. A man who knew his Scripture, Washington had a dream for himself and for others in America that came from Micah chapter 4: "for they shall sit every man under his own vine and fig tree, and no one shall make them afraid." Washington loved this verse, the Israel dream turned into the American dream. A place for every person to rest their head, to feed themselves and their families, to live unafraid. Have we forgotten that it is OK to long for this dream, not just for ourselves but for all of our neighbors, both near and far?

Who, more than the stranger in our midst, shows us how far we have to come in seeing this dream realized? Who else unveils our own strange ways, the flaws in our society, and yet also the kindness of humans? Refugees prove to be a very telling mirror when it comes to the questions we all ask ourselves in regards to neighbor-love. So many of us, longing to be justified, want to know exactly who is my neighbor, and what is my obligation to them? We find the answers in Scripture, or in political ideologies, or we busy ourselves so that we don't have to entertain the questions at all. But then sometimes the miraculous happens. Sometimes, the most unlikely neighbors move in next door.

When I signed up, more than a decade ago, as a volunteer to work with Somali Bantu refugees, I did not know that Human Rights Watch had identified the ongoing civil war in Somalia as "the most ignored tragedy in the world." I did not know that The New Yorker, in an article about Somalia, declared the country to be the "Most Failed State." All I knew was that each time I showed up with a few English worksheets clutched in my hand, it became increasingly clear that my new friends had more pressing needs to attend to. Many were experiencing the Western world for the first time: light switches, stairs, running water; credit cards with crippling interest; boxes and boxes of mysterious food in the grocery store. Non-literate and non-English speaking, these refugee families were given the requisite eight months of government assistance and were then expected to successfully assimilate into American culture—an expectation that has driven me to tears more than once in the years since.

Catherine Besteman understands my poor, overwhelmed heart. In Making Refuge: Somali Bantu Refugees in Lewiston, Maine, she writes as an anthropologist who makes no pretense to an academic detachment from her subjects. Her detailed, contradictory, depressing look at Somali Bantu refugees resettled in a small town in Maine is a deeply personal work. In 1987, she tells us at the outset, she lived in a small village in the Banta area of Somalia, where people from a culture based on subsistence farming and kinship ethics occupied a marginalized position in a social and physical environment defined by "profound insecurity."

A few years after she left Banta, civil war erupted in Somalia. Besteman, desperate for news of her friends, was horrified to hear how violence and death had shattered the small and fragile communities she'd studied. One of the last letters she received from aid workers in the area before they fled the country contained the news that every child aged five and under in Banta had died from starvation, while others she'd known and loved had been shot and killed. This personal brush with tragedy informs the entire book. Besteman sees the entire refugee resettlement process, both pre-war and even many years after relocation in America, in the light of this trauma.

Almost two decades after her time in Somalia, Besteman attended a panel where Somali Bantu refugees were sharing their stories. She was shocked when she recognized several of the boys she knew in the village—now grown men, articulate and eager to share their experience of life in America. She learned that Lewiston, Maine (pop. 35,000), has become a hub of Somali and Somali Bantu resettlement. As Besteman began to explore the circumstances that led to the arrival of thousands of Somali refugees in the primarily French-Canadian mill town, she realized that a study of Lewiston would be an excellent framework for a much larger conversation on refugee resettlement policies, attitudes toward assimilation, and what defines both citizenship and success in the US.

In the first section of her book, Besteman goes into great detail about the living conditions in rural Somalia, the rise of conflict and violence there, and the history of the creation of refugees as stateless individuals. She explains how the people from villages like Banta came to be known as "Somali Bantu" and (along with the Sudanese Lost Boys) became of special humanitarian concern due to the persecution they suffered under the Somali majority during the war and afterward in the refugee camps. All of this led to the US eventually deciding to resettle 12,000 Somali Bantu refugees starting in 2004.