Consumers of mainstream news can be forgiven for believing that Germany is awash in refugees. The truth is that they are seldom seen on German streets, and that most Germans go about their lives without ever meeting a refugee.

The refugees are there—1.2 million entered Germany last year—but they are out of sight, in what Germans infelicitously call "camps." On my first day in Germany I stand in lightly falling snow with Ricarda Wallmeyer, a passionate refugee advocate, at the Tempelhof refugee camp. Tempelhof was Berlin's airport through the Nazi era, and it retains a movie-set ambiance of massive stone buildings decorated with carved war eagles. One almost expects Joseph Goebbels to drive by in an open Mercedes. Wallmeyer, who escaped from East Germany as a child, tells me that her most dreadful moment volunteering with the refugees was when she was told to lead a queue of about a hundred to the showers. They obediently followed but she was in tears, thinking of other processions in another era. 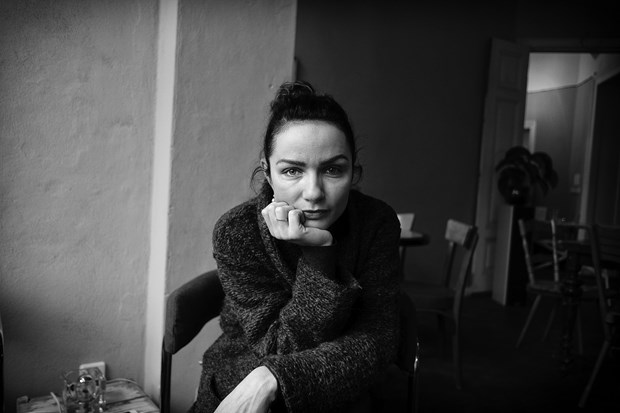 The government has commandeered Tempelhof to house refugees. Thousands are put up in its massive airplane hangars, partitioned into living spaces. I cannot get to them, however, for the complex is tightly guarded and no one can enter except on official business. Refugees are free to come and go, but they are invisible in the cold and snow of a quiet neighborhood.

Camps are everywhere in Germany—in gymnasiums, converted office buildings, apartment complexes, warehouses and army bases, or in new-made complexes of adapted shipping containers or army tents. Every city has multiple sites, closely guarded. The security is intended to protect refugees (and perhaps, also, government officials) but its impact is to cut off the refugees from ordinary Germans.

Take, for example, the Pakistani I will call Hassan Goraya, whom I interview in the lobby of a converted office building still adorned with bright signs from a Swedish firm. Hassan has dark, tight skin molded to the contours of his face; he is bone-thin, with a worried expression and a charming smile. We go through a lengthy wrangle with the security guards over whether we can sit in the building's shabby lobby to talk. They have to call a superior officer before they will grant Goraya such freedom.

Goraya, who worked in quality assurance for a medical instrument company in Pakistan, tells a harrowing tale of escape from a mafia-like clan running a protection racket. He says they kidnapped him, demanded ransom in the hundreds of thousands of dollars, and (when the money wasn't forthcoming) threw him from a moving car. (He shows me scars on his face and wrist.) To escape from escalating death threats, he paid smugglers $2,000 to get him to Turkey. He was shot at on the border of Turkey and Iran, ran through the mountains in the dead of night, and reached Istanbul in May of 2015, just before the height of the migration surge. Goraya paid another $800 to get across the Aegean Sea to Greece, and arrived in Berlin at midnight, September 8, near the height of the extraordinary summer crush.

Goraya smiles gratefully when he thinks of the generosity he's encountered in Germany—he remembers the welcome banners at the Munich train station—yet he seems utterly isolated. When I ask him his reaction to the New Year's Eve assaults in Cologne, when gangs of young male immigrants assaulted German women, he has no idea what I am talking about. He sees no news, speaks no German, and appears to have no friends. For almost six months he has tried to get the government interview that would begin his process of seeking asylum. He regularly lines up in an overnight queue, like someone seeking tickets for a rock concert. Those first in line can get in to see an official in the morning. But so far, all Goraya gets is an appointment to come again; and he must again stand in line all night, sometimes in a rainstorm. He has no idea whether he will ever get refugee status. He may well be expelled back to Pakistan. In the meantime all he can do is sleep all day, and wait.

One can only guess—the German bureaucracy is "less than perfectly transparent," as one pastor puts it to me—but Goraya's case is probably borderline. By law Germany is obliged to offer asylum to all those experiencing "persecution or a well-founded fear of persecution on account of race, religion, nationality, membership in a particular social group, or political opinion." Goraya has been persecuted by a criminal gang. Most probably that criminal gang has ties to powerful political figures. But is that the basis of a claim to asylum?

The next night I visit the all-night queue. In Berlin a single government office known as LaGeso handles all official refugee business. Already at 6:00 in the evening I see people converging on the office: dark-skinned men wrapped in warm winter coats; women with heavy garments and headscarves, sometimes carrying children. The night is cold with flurries of rain. In a muddy space in front of the main office are large white tents, like those used as temporary buildings for county fairs. Outside the tents a tense line, almost entirely men, snakes through steel crowd-control barriers, squeezing each other forward. Occasionally I hear a disruption, with loud shouts of protest from the waiting men, and equally vociferous cries from the security guards who keep control. Slowly, a few at a time, the men are allowed into the tents, which are heated. They have a long night of waiting ahead.