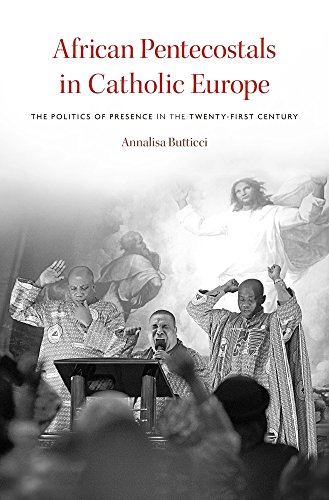 In her 1846 poem "The Missionary," Charlotte Brontö offered a perfect summary of the impulses that drove missionaries to spread the message of Christ, no matter how overwhelming the perils might appear:

Still, with the spirit's vision clear,
I saw Hell's empire, vast and grim,
Spread on each Indian river's shore,
Each realm of Asia covering o'er.

And I—who have the healing creed,
The faith benign of Mary's Son;
Shall I behold my brother's need
And, selfishly, to aid him shun?

At the time, British and Continental European Christians envisioned Christianity as a possession of their own, to be shared with the outside world's benighted masses, in Asia and Africa. Today, though, many millions of the world's Christians see Europe itself as a primary target for mission enterprise, however thoroughly those wealthy northern people appear sunk in sin and indifference. Across Europe, we now find representatives of countless Global South denominations, marked by fervent faith and a commitment to ecstatic worship and spiritual warfare. The story of "South-North" evangelism is one of the most powerful and moving in contemporary Christianity.

As in earlier epochs, we have to be careful with the language of "mission," with its implications of planned and intentional ventures into the pagan darkness. On occasion, that is indeed the model by which religion spreads, but by no means always. Never underestimate the power of happenstance, or dare we call it Providence? Commonly, ordinary people move from one area or another, sometimes reluctantly, and they take their religion with them, with no particular intention of sharing it beyond their own community. They might move as migrants, or even (in bygone times) as slaves and deportees. The Aquila and Priscilla we meet in Acts would never have lived in Corinth had they not been thrown out of Rome. Yet however humble the conditions in which they arrive, such people create ...