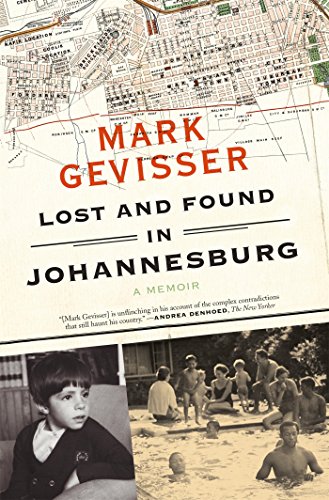 A memoir of Johannesburg.

It took Mark Gevisser nearly fifty years to find his way home in Johannesburg, and when he did it was as someone else's guest. He was visiting a childhood acquaintance named Hope. In the 1970s, his parents had employed Hope's mother as a domestic servant, but the young Gevisser knew nothing about Hope herself—what kind of person she was, what her dreams were, or who she became as an adult. This kind of privileged ignorance is possible anywhere in the world, but apartheid's domination of the human environment, public and private alike, had made any kind of interracial friendship that much harder.

Restoration and reconciliation, however, operate on a different timeline, and Gevisser was finally able to meet Hope at a genuine level: in her apartment in the township of Alexandra, among her grown children and neighbors, and at her table. If home could be found in a place like this, the worst dreams of apartheid's desperate defenders had indeed come true. "In all the indicators of social malaise," he writes, "from infant mortality to AIDS to homicide rates to xenophobia, Alexandra remains near the bottom of South Africa's charts." But Gevisser is far too sophisticated for humanistic platitudes across social divides. As one of South Africa's leading journalists, he is aware of what racial healing in Johannesburg might actually cost. And he knows that without this kind of healing, there is no chance that this unreal city might ever become a home to anyone.

Gevisser was dealing with more than one wound. He was actually only in town for a few days; his husband had recently taken a job in France, and Gevisser was headed back the next day. He had needed to give testimony at the trial of an accused assailant. Months earlier with two other white friends, Gevisser was a victim of a horrifying home invasion. It was about money, of course, but nothing in Johannesburg—not faith, not sexuality, not even geography itself—can be ...