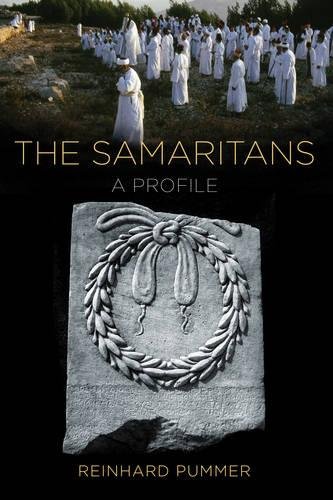 "And He Led Them to Samaria"

In August of 1975, after meeting at the University of Aberdeen, Scotland, members of the Society of New Testament Studies made an excursion to a country house in the Scottish Highlands. As a guide droned on and on about the history and features of the relatively insignificant house, the famous and normally genial Roman Catholic scholar Raymond E. Brown was heard to complain, "I'm learning more about this house than I ever wanted to know." In the course of reading The Samaritans, it would be easy to complain similarly, "I'm learning more about these Samaritans, relatively insignificant as they are, than I ever wanted to know." I confess to saying so myself. The innumerable historical, archaeological, political, social, and religious details delineated concerning Samaritans from time immemorial—those details bored me at first. But gradually my boredom turned into admiration of the deep and wide scholarship of the author, Reinhard Pummer. Ultimately, my admiration graduated into fascination with his subject matter. A hard sell for him, but successful. He's to be thanked and congratulated.

Pummer has pursued a study of the Samaritans for the better part of half a century and ranks as probably the world's most knowledgeable student of them. His study has included face-to-face interaction with current Samaritans, participation in their religious rites, examination of their own literature and of literature about them from antiquity till now, and on-site investigation of archaeological remains.

The subtitle of Pummer's book, "A Profile," hints that a recent explosion of information concerning the Samaritans, both past and present, forestalls an exhaustive presentation. But there is enough, even more than enough, for you literate readers of Books & Culture. You will already know Jesus' parable of the Good Samaritan and the story of Jesus' encounter and conversation with a Samaritan woman at Jacob's well. Avid ...