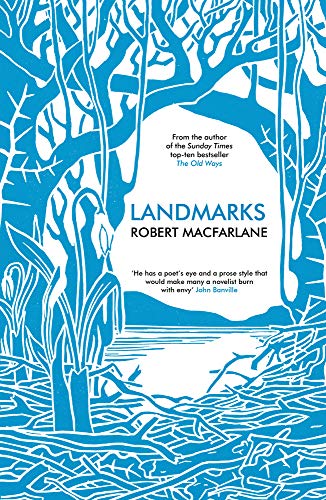 This is true, but one might retort that there is little point in knowing the words for things one will never directly encounter. When one's environment changes, one's language will necessarily change accordingly; why decry the absence of words when what really matters is disconnection from the world and—if Macfarlane is right—an inevitable consequential disenchantment? Macfarlane's task in Landmarks is to reveal the ways that our daily encounters shape and form our language, which in turn clarifies and specifies our future encounters with the world. But this is a phenomenon that cannot be described, as I have just tried to describe it, in abstract and universal terms; rather, it is inevitably local in its manifestations. When one loses connection to a particular landscape, one loses the language appropriate to that landscape, and once the language has evaporated, one's vision blurs or one grows altogether blind.

As I read Landmarks I found myself again and again thinking of that great poem by Richard Wilbur, "Lying," and especially these lines:

Closer to making than the deftest fraud
Is seeing how the catbird's tail was made
To counterpoise, on the mock-orange spray,
Its light, up-tilted spine; or, lighter still,
How the shucked tunic of an onion, brushed
To one side on a backlit chopping-board
And rocked by trifling currents, prints and prints
Its bright, ribbed shadow like a flapping sail.
Odd that a thing is most itself when likened …

And the words we make up to describe our local worlds are a great likening, a likening that imprints on the mind the outlines of the world that stands right there before us. In this spirit each chapter of Landmarks describes an encounter with some person who has, and finds ways to share, an intimate knowledge of a particular corner of the world—Nan Shepherd's Cairngorms, Barry Lopez's Arctic, John Muir's Yosemite, and so on—but then goes on to offer a lexicon of what things are called in various places and times. Thus these entries under the category of "Wetlands":

One must live in a very different place than the one I live in (here in Texas) to have need of a word like amod. So on the Hebridean island of Harris and Lewis, where Gaelic landscape-words may still be found, Macfarlane learns that "a bealach is a gap in a ridge or cliff which may be walked through, but the element beàrn or beul in a place-name suggests an opening that is unlikely to admit human passage, as in Am Beul Uisg, 'the gap from which the water gushes.' " Macfarlane notes that "To speak out a run of these names is therefore to create a story of travel—an act of naming that is also an act of wayfinding"; and a native of the island refers to this extraordinarily specific vocabulary as "an early form of GPS: the Gaelic Positioning System."

Early in Landmarks Macfarlane quotes the great naturalist Oliver Rackham—about whom I have written in these pages, worshipfully—who has said that there are four ways a landscape can be lost: through "the loss of beauty, the loss of freedom, the loss of wildlife and vegetation, and the loss of meaning." Macfarlane is especially concerned with the ways that the loss of meaning can lead to the other three. He describes a controversy on Harris and Lewis about the plan to build a wind farm on one of the island's great moors:

It was in the interests of AMEC [the energy company making the proposal] to characterize the moor as a wasteland, a terra nullius. The metaphors used to describe the moor by those in favour of the plans repeatedly implied barrenness. One pro-farm local councillor dismissed the island's interior as 'a wilderness', suggesting a space both empty of life and hostile in its asperities … . If the pro-farm lobby charged the moor with an affective power, it was the capacity to depress and oppress the mind. The journalist Ian Jack, arguing in support of AMEC's application in 2006, described it as "a vast, dead place: dark brown moors and black lochs under a grey sky, all swept by a chill wet wind."

I have no doubt that if I were to see that moor—for the first time, and at some distance—I would agree with Ian Jack and the local councillor. It is only up close and over time that the distinctive features of a landscape or waterscape reveal themselves. The lack of intimate acquaintance and the lack of specific language reinforce each other; from this arises the "loss of meaning," and from that the other forms of loss accelerate and intensify.