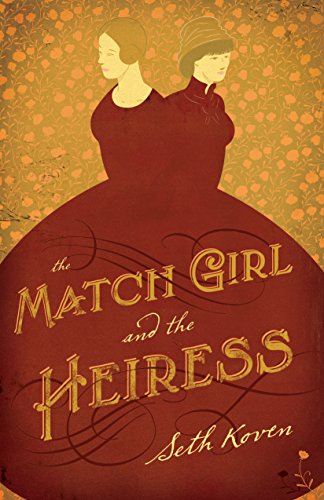 The Kingdom of God in East London.
March/April 2016

Rampant gentrification has made the grimy terraces and grand squares of East London's Bow neighborhood too expensive for most of the historians who study it to live there. The Bryant and May match factory which employed while ruining the health of so many of Bow's residents has long since been converted into the "Bow Quarter," a gated community of "luxury" flats which pose as Manhattan lofts. Nonetheless, Bow today is still airless and congested enough to recall the incipient slum that it once was, a hardscrabble district whose working-class inhabitants worked flat out to retain the vestiges of "respectability." How could anyone ever have seen in Bow a paradise on earth? What could possess a wealthy and leisured person to trade space and quiet for its cramped streets? For Seth Koven, the answer is "love."

Muriel Lester, a shipowner's daughter, left her family home at Loughton in Essex to live in rooms at Bruce Road in Bow. She did so because she was a nonconformist Christian who had fallen in love with the poor during visits to Bow and more specifically with Nellie Dowell, a sickly Bryant and May worker who became her close collaborator and neighbor in Bruce Road. The Match Girl and the Heiress, Koven's account of their "reciprocal, unequal, and asymmetrical" relationship, works on several levels. It is a detective story that chases Muriel and Nellie's love affair through scattered and sometimes exiguous archives. It uses their lives to provide gripping evocations of places and their moral micro-climates, from Bow to Loughton, a kind of Essex Hampstead where writers and nonconformists camped on the fringes of Epping Forest. It is also a profound attempt to ask what it meant particularly for women to be Christian in late 19th- and early 20th-century Britain, a period often lazily thought to have witnessed a stasis or recession in Christian moral thinking. Muriel's attempt to realize within a massively unequal society the New Testament's gospel of love presented nearly insuperable challenges. Koven's book will fascinate not only readers interested in the history of this period but anyone who has mused on how to practice a Christian social ethic in a society which seems hostile to it.

What does Muriel Lester's move to Bow tell us about Edwardian Christianity? It firstly reveals the importance of "women's theology." Because women did not then write academic theology, it is easy to forget that they too developed powerful rationales for the Christian life, which can be recovered from their reading and their practice. Muriel shared with many Edwardians a "God is love" theology, formed from Tolstoy's primitivism and "unecclesiastical Christianity," the search for a nice historical Jesus and the New Theology of the now forgotten R. J. Campbell, which emphasized the links between God's immanence and social activism. Because it was "lived" more than it was theorized, women's theology did not need to be wholly consistent. Muriel was inspired not only by Protestant "modernists" but also by millenarian missionaries who dreamed of converting Africa and rescuing its people from Western abusers. The most important consequence of these influences was that Muriel broke decisively with prevailing Liberal approaches to poverty. It was not enough to fund a benevolent but disciplinarian state to wash, tidy, and educate the poor. Nor did the "economy of guilt" suffice, through which well-upholstered Christians like Muriel's parents eased their consciences by making occasional gifts of time, money, or company to those who would never be their equals. Muriel set up as Nellie's neighbor because she was convinced that the Kingdom of God could only be realized in a society which recognized all citizens as equal. Koven thus forcefully argues that Christian faith in social justice was intensifying in the early 20th century, not receding in the face of secularization. In 1915, Muriel established Kingsley Hall, a residential center designed to do nothing less than "set up the Kingdom of Heaven in Bow" through social activities in which its members would meet as equals.

Christian love therefore meant "Christian revolution" to create a social utopia. But the course of Christian love rarely runs smooth. It was hard to distinguish the selfless agape required of Christians from the ordinary entanglements of romantic and sexual love. Koven's previous book, Slumming: Sexual and Social Politics in Victorian London (2006), suggested that the attraction which slums had exercised over comfortable Victorians was erotic in motivation. The monastic dedication of celibate Anglicans resembled the nocturnal adventuring of grubby Bohemians in its dissatisfaction with bourgeois family ties and an addiction to strange, unruly, unwashed bodies. Koven's account of the love between the match girl and the heiress is as searching and perhaps more discriminating. It does not collapse their love into a sexual orientation but recognizes that it "is what they say it is," an intense bond in which each party fussed endlessly over the other's fragile health. Yet the fistful of letters from which we can recover their "intimate argot" suggests that their love did not, as Muriel hoped, abolish but rather thrived on radical inequality. Nellie experienced her friendship not as the promise of a new social order but as a gift, all the more precious because it was passed down a social divide. Indeed, Muriel's every attempt to turn spiritual into social equality inadvertently highlighted the insuperable obstacles to it. When she and other members of Kingsley Hall spectacularly divested themselves of their wealth in 1921 to hasten the coming of the Kingdom, they had to concede that "voluntary poverty" does not bring identification with those born poor. Here was the paradox confronted by St. Francis and recently discussed in Peter Brown's brilliant writings on the early church: those who abandon their wealth gain a spiritual glamor never conferred on the born poor, all the while retaining access to social networks and safety nets the latter never enjoy. For Muriel's voluntary paupers, Kingsley Hall was an exciting experiment in abolishing private property and even privacy; for its clientele, it stood not for humility but for aspiration: namely to escape the noise and dirt of Bow. If it was hard to cross rungs on the social ladder—let alone to abolish the ladder—then Muriel's pacifist dreams of world citizenship proved similarly elusive. During World War I, Nellie's nephew shocked them by volunteering for the army, while anti-German riots rocked Bow.

The Match Girl and the Heiress is a compelling account of the agonies afflicting Christians who seek to become "ethical subjects," impelled by conscience to rebel against and transform social orders. It must be said that it tells us more about the heiress than the match girl. The lives of the wealthy in the past are usually lavishly imagined and documented from childhood; the poor flit in and out of institutional records, often unable to write much about themselves and failing to trouble the imagination of their articulate social superiors. This documentary asymmetry intrigues Koven, but is not easily overcome. Nellie was unusual in finding in Muriel someone fascinated enough to produce some brief memoirs of her. He adeptly weaves these together with the records which record her passage, often troubled, through schools, workplaces, and hospitals, and with her few surviving letters to show that she too was a passionate Christian woman, not Muriel's pet. She was for instance an industrious worker bee for Bryant and May who was seconded by them to factories in New Zealand and Sweden, while the accidental poetry of her letters hints at her ardent feelings—even if it may be overselling them to describe them as a "technology of interiority." But in the end, Nellie remains as much an object as an agent of social institutions and powerful economic forces, for which Koven suffers no shortage of documentation. Readers drawn to this book by the promise of "love"' might lay it down considering they have instead learned too much about the New Zealand match-making industry.

Koven himself admits that it is difficult even to ascertain how much Nellie meant to Muriel, who moved on to intense friendships with other women even before the former's death after a long illness in 1923. She moved on in other ways too, capitalizing on the interwar boom in idealism to become a globetrotting spokeswoman for pacifism who put up Gandhi at Kingsley Hall in 1930. She did not die until 1968, and she did so not in Bow, but in her sister Doris's house at Loughton. (That Doris accompanied Muriel in her social ventures, taking over Kingsley Hall from her, makes it clearer still that friendship with Nellie was more an expression than a cause of Muriel's intense engagement with Bow.) Nonetheless, this book beautifully illustrates both the "mighty force" of "Christian revolutionary love" and its inherent limits.

Michael Ledger-Lomas is lecturer in the History of Christianity in Britain at King's College London.