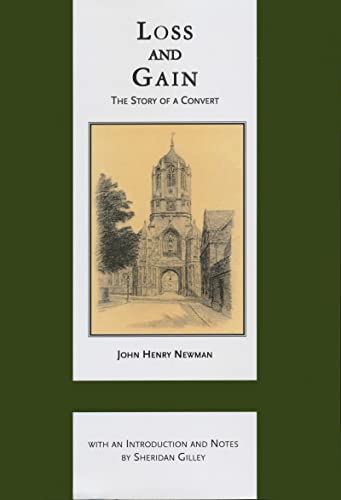 Although I had not thought about the novel's setting, in a delightful serendipity I happened to take Newman's Loss and Gain(1848) on a recent trip to Oxford. The society of the university is premised on the art of conversation, great minds from across the disciplines interacting with one another. At Dessert at All Souls, I ended up sitting next to a Fellow of the college who is a Norwegian mathematician. A braver soul than I would have attempted to discuss his mathematical research, but I took the coward's way out and opted for my family's roots in his homeland. "I know some Norwegian," I boasted, "I can say the Grace before a meal." To which he wryly replied: "Well, then, you know more Norwegian than me."

Oxford was a different place back in Newman's day. He entered Trinity College as an undergraduate in 1817, was elected a Fellow of Oriel in 1822, and resigned his fellowship one week before he was received into the Roman Catholic Church in 1845. Loss and Gain begins with a student at sea in the university's atmosphere of perpetual discussions of controverted doctrinal positions. An elderly don remarks: "This is a place of fashions … and every generation has its own fashion … . Once geology was all the rage; now it is theology."

In 1991, Pope John Paul II bestowed upon John Henry Newman the title of "Venerable"; in 2010, Pope Benedict XVI upgraded him to "Blessed"; and it seems likely that most of us will live to see Newman's canonization complete. As splendid as this might be in the wider scheme of things, it does not seem to bode well for the task at hand: just as one would not instinctively turn to a celebrated novelist for marriage counselling, so it does not appear promising to have one's fiction written by a certified saint.

Alas, Loss and Gain does not decisively dispel such wariness. It is largely made up of speeches advancing theological arguments. Newman knew his classics well, and this volume feels much closer to a Platonic dialogue than a Dickensian ...