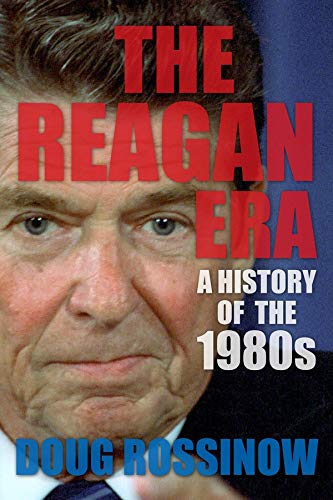 On March 8, 1983, President Ronald Reagan vowed that a nuclear freeze agreement with the Soviet Union would leave the United States vulnerable to "the aggressive impulses of an evil empire." The world would not soon forget this incendiary turn of phrase, which secured the "evil empire speech" an enduring place in the annals of the 20th century. But in later years few would remember that Reagan had turned to the nuclear issue only in closing. The address was focused in the main on the work his administration was doing to counteract the dangers of "a modern-day secularism" that opposed prayer in public schools and supported a woman's right to choose. The overall theme was perhaps sensible enough, given that Reagan delivered the speech at the annual convention of the National Association of Evangelicals (NAE).

While such particulars would soon be lost to many, they were entered into evangelical lore. When the Gipper died some 21 years later, Christianity Today cited his decision to include the NAE in the historic occasion as evidence that "Ronald Wilson Reagan and evangelicals became inseparable." The piece went on to argue, "After giving him the presidency, conservative Protestants shaped Reagan's policies, and in turn Reagan's presidency shaped American evangelicalism." The NAE continues to tell a similar story. The organization's own institutional history declares that, during the Reagan years, "The NAE, increasingly consulted about administration appointments and policy, seized opportunities to influence government further and enjoyed unprecedented access to the White House."

In The Reagan Era: A History of the 1980s, Doug Rossinow argues that such memories of a special relationship between Reagan and evangelicals have little basis in history. More important, the book drives home that, had such close ties actually existed, they would—or at least should—be cause for overwhelming shame. Indeed, in Rossinow's rendition of the Reagan era, the closest thing to an evil empire is the United States.

Reagan's rise sounded the death knell of an older political order. New Deal liberalism reigned triumphant through the middle decades of the 20th century, and when in 1964 Lyndon B. Johnson vanquished Barry Goldwater—winning by a larger percentage of the popular vote than any candidate since James Monroe—one could hardly blame the casual observer for wondering whether American conservatism had much of a future. But what we now know is that, throughout the heyday of the Great Society, the defining political movement of the last generation was already gathering strength at the grassroots. This "silent majority" would power Richard Nixon to victory in 1968, only to recede, ever so briefly, in the wake of the notorious Watergate scandal. Conservatives regained their footing amidst the economic downturn and Iran hostage crisis of the late 1970s, and in the 1980 election, they once more seized the momentum, as Reagan trounced the sitting president, Jimmy Carter, carrying 44 states.

The result was widely interpreted as a mandate, and the new administration set out immediately to capitalize upon it. Rossinow extrapolates from Reagan's policies three governing doctrines, which together formed the core of "Reaganism": 1) "an insistence that unfettered capitalism is both socially beneficial and morally good"; 2) "a fierce patriotism that waves the flag, demands global supremacy, and brooks no criticism of the United States"; and 3) "a vision of society as an arena where individuals win or lose because of their own talents and efforts." As Reagan brought these convictions to life, he reshaped the American state—largely, Rossinow argues, to the detriment of both country and world.

Domestically, Reagan's defining achievement was a dramatic reduction of tax rates, designed to be a windfall for the wealthiest. His administration justified the move with reference to "supply side economics," which posited that everyone benefited when the rich got richer, as prosperity would inexorably "trickle down" from top to bottom. But Rossinow asserts that the cuts were motivated more by an upside-down conception of justice: "Reaganites viewed the privileged, not the underprivileged, as society's victims. The rich were exploited by the liberal state." The supply side approach would have been fiscally questionable even had Reagan not doubled down on military spending. As it was, he sought to close the widening gap between revenues and expenditures by shrinking the social safety net. Reagan slashed the budget for the National School Lunch Program by 40 percent, for example, leaving schools no choice but to serve qualifying children less food. Nutritional content plummeted as well: under the new regime ketchup could be counted as a vegetable and cookies as bread. Longtime Federal Reserve Chairman Alan Greenspan later reflected that even some "mainstream Republicans were conflicted" about such cuts, which "seemed contrary to Judeo-Christian values." But, he averred, "Not Reagan." Greenspan's assessment dovetails perfectly with Rossinow's own portrait of the president as someone who was not especially committed to Christian values in the first place. He pandered to evangelicals but did not champion their agenda; at times, he directly undermined it. Rossinow writes, "When he nominated Sandra Day O'Connor, a pro-choice, pro-ERA Republican from Arizona, to the Supreme Court in July 1981, religious conservatives felt they had been kicked in the teeth." Reagan was more predictable when it came to civil rights. Throughout his tenure as governor of California he had denounced welfare programs and anti-discrimination laws. By the time he had finished delivering pro-states' rights and anti-affirmative action stump speeches in the run up to the 1980 election, he was well on his way to becoming what Rossinow calls "the most successful white backlash politician in American history." The cruel irony that Reagan—who loved Thomas Paine's dictum that "government even in its best state is but a necessary evil"- presided over the birth of a lumbering carceral state was not lost on those citizens of color who suffered disproportionately at its hands.

Rossinow paints an equally grim picture on the international front. Reagan may have won the Cold War, but he did so in a most dangerous fashion. In the process of unnecessarily antagonizing Soviet leaders with threats of a missile defense system that existed only in the world of make-believe, he pushed the entire globe back toward the brink of nuclear holocaust. Rossinow recites what is by now a well-known litany of Reagan's other Cold War sins. In Latin America, the United States backed dictatorships that, over the course of the 1980s, mercilessly slaughtered hundreds of thousands of civilians. When necessary, the administration rationalized such sinister activities by drawing a flimsy distinction between "authoritarian" and "totalitarian" regime. When possible, Reagan and his lieutenants preferred to circumvent public debate altogether, as Rossinow emphasizes in his lengthy account of the notorious Iran-Contra scandal.

If Rossinow's analysis sounds relentlessly critical, that's because it is. By the time one arrives at the end of the book, his parting shot—that "[Reagan] was not, despite his admirers' seemingly limitless praise, a great man"—is a foregone conclusion. Rossinow does acknowledge that Reagan was a winner, who successfully steered the ship of state in the direction he believed it should go. On this point Rossinow echoes Barack Obama, who controversially argued in the 2008 Democratic primary that "Ronald Reagan changed the trajectory of America in a way that, you know, Richard Nixon did not and in a way that Bill Clinton did not." But Obama went on to offer what Rossinow does not, namely, a convincing account of how Reagan managed to rally the public to his side: "he tapped into what people were already feeling, which was, we want clarity, we want optimism, we want a return to that sense of dynamism and entrepreneurship that had been missing."

By contrast, Rossinow's Reagan is so heartless as to seem unelectable, let alone re-electable, and yet one cannot help but leave the book wondering whether the majority of Americans got what they deserved. While The Reagan Era is more about Reagan than it is about the era, Rossinow does depart occasionally from the realm of high politics, and what he finds is nothing short of reprehensible: a people driven by greed and haunted by fear of those different from themselves. Reagan's successor, George H. W. Bush, would ride to victory in 1988 with a barrage of ads featuring an African American man who committed a violent crime while on a government-approved prison furlough. One campaign official's comment—"it's a wonderful mix of liberalism and a big black rapist"—captured the profound cynicism of the moment.

Rossinow's title promises more than the book delivers. No history of the 1980s could be complete without an extended discussion of the decade's technological advances, which would go on to revolutionize the texture of everyday life, and yet these are mentioned only in passing. Also missing is suspense. Rossinow chooses not to discuss countervailing trends and hopeful undercurrents, and so there is little sense in his unremittingly dark account that things might have played out differently.

But his story is no less important for being incomplete. Rossinow dispels the Reagan of myth and in so doing generates an opportunity for Americans to take more sober stock of their recent past. Should this reckoning lead to true repentance, it just might contribute to a brighter future.

Heath W. Carter is assistant professor of history at Valparaiso University and the author of Union Made: Working People and the Rise of Social Christianity in Chicago (Oxford, 2015).