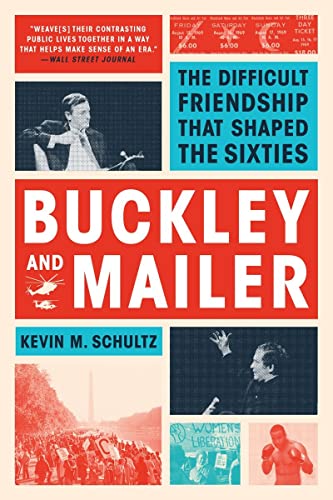 Back in the late 1960s I read books by Norman Mailer and Herman Hoeksema in the same week. It's possible that I am the only person in the world to have accomplished that feat. The book by Hoeksema was his history of the Protestant Reformed Churches, a tiny denomination that he founded after he was defrocked by the Christian Reformed Church in the 1920s. His was a tragic story. A brilliant theologian, he spent most of his life preaching fine sermons and writing insightful theological works, but all on the margins of Dutch American Calvinism. The book that I read by Mailer was his Pulitzer-winning Armies of the Night, an account of protests against the Vietnam War.

Reading both of them in the same week was memorable for two reasons. I was struck that each of them seemed to like to write about himself in the third person. Hoeksema did it because he was writing a denominational history in which he was a key player, and the third person was a way to acknowledge the standards for historical narrative. Mailer's choice of point of view was more idiosyncratic. His book was hailed as a pioneering effort in "the new journalism"; known as a novelist, he was exploring an intermediate genre between fiction and more "objective" reporting.

The other similarity between Hoeksema and Mailer went deeper. Each of them was fond of dividing the human race into mutually exclusive categories. Hoeksema's categories were drawn from classic Calvinism. He had opposed the doctrine of common grace made popular in Calvinist circles by Abraham Kuyper. There is a radical "antithesis," Hoeksema taught, between the elect and the non-elect, with no common store of shared knowledge or moral goodness.

Mailer, on the other hand, had his own versions of the "antithesis." One of his scatological formulations had it that everyone was either to be identified with a certain barnyard substance or with those who went around kicking that substance. But the distinction ...