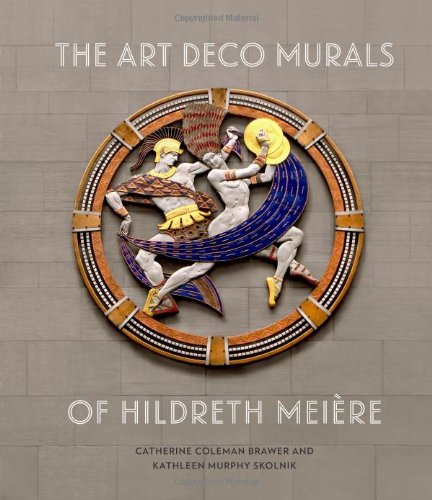 Recalling the work of Hildreth Meière.

What was "modern art"? We are well into the 21st century, yet the standard answers to that question (whether put forward by enthusiasts or detractors) are largely unsatisfactory. On the other hand, we have an abundance of first-rate scholarship on artists whose lives and works can't be made to fit the familiar narratives, challenging us to rethink "the modern." A case in point is The Art Deco Murals of Hildreth Meière, a beautiful new monograph by art historians Catherine Coleman Brawer and Kathleen Murphy Skolnik, with the assistance and wonderful photography of Meière's granddaughter, Hildreth Meière Dunn. Through meticulous archival and onsite research, these scholars have delivered a legacy, too long buried, that illuminates both midwestern art history and American art history at large.

Meière was a highly respected muralist and designer, succeeding in a field dominated by men. She fused Byzantine, Native American, Classical Greek, and Italian Renaissance styles into her own modernized Art Deco style. Her work has been seen and admired by thousands of Americans, and yet, after her death in 1961, she was forgotten.

Born in 1892, Meière was committed to the vocation of an artist at a young age. It was for this reason that her mother, Minnie, took Meière to Europe in 1912. Skipping Paris, the art center of the world, she went instead to Florence, where (she later recalled) the works of such renaissance masters as Giotto, Boticelli, and Fra Angelico "established my taste and my aspirations for only the very best in art."

Her painting and drawing education continued at the Art Students League of New York and later the California School of Fine Arts. During World War I, she took a position drafting for the U.S. Navy. After the war, this interest in architecture led her to make sketches of models at the Metropolitan Museum of Art.