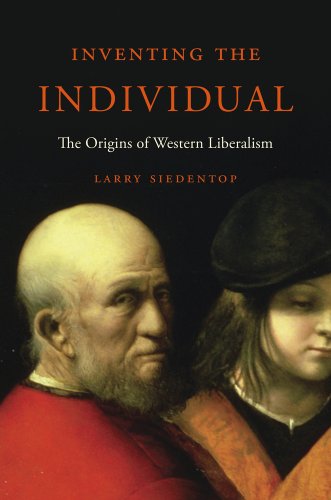 Where Individuals Come From

Academic historians today often say that the era of grand narratives—big, sweeping stories offering confident interpretations of events occurring over vast swaths of time—is over. These have anyway typically been the province of the amateur historian: H. G. Wells' The Outline of History (1920), Will and Ariel Durant's 11-volume The Story of Civilization (1935-75). Arnold Toynbee was in and out of the academy but the work that made him famous, A Study of History, which appeared in 12 volumes from 1934-1961, was written for a general audience and never considered, by Toynbee or others, academic work. Something similar might be said of Susan Wise Bauer's recent histories of the ancient, medieval, and Renaissance worlds.

University-based scholars who pursue this kind of Big History are rare, and their work tends to be controversial among their peers, who routinely complain about overly sweeping generalizations, too-confident judgments. (This has often happened to Norman Davies, a professor who writes large books on large subjects: Europe: A History; The Isles: A History.) And often these complaints are justified. Still, it is understandable that readers crave some larger understanding, something beyond the local and focused — especially readers who aren't confident in their ability to do all the dot-connecting themselves.

For such readers, there is a variety of Big History that academics don't shun—that is, in point of fact, flourishing: not the books covering long historical periods, but books with some comprehensive interpretive scheme meant to explain vast cultural movements. Within this subgenre, an especially flourishing field comprises those books devoted to the rise of modernity: to whatever it was that happened in the 16th century. An exceptional number of Big Idea histories seem to focus on this period, and for academic books (sometimes just for books more generally) they get a wide readership. Charles Taylor's big books Sources of the Self ...