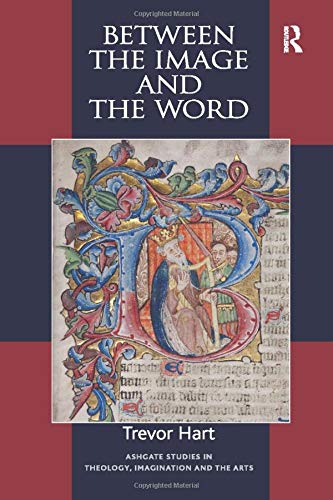 Between the Image and the Word: Theological Engagements with Imagination, Language and Literature (Routledge Studies in Theology, Imagination and the Arts)
Trevor Hart
Routledge, 2013
262 pp., 49.95

Trevor Hart, who has made significant contributions in studies of a wide scope of subject matter from Karl Barth to J. R. R. Tolkien, has produced the first of what he anticipates will be a multivolume exploration of the dynamics of Christian faith and theology as formed and forged by the imagination. Hart is co-founder, along with Jeremy Begbie—who may be a more familiar figure to Americans as a proponent of the arts and theology conversation—of the Institute for Theology, Imagination and the Arts at the University of St Andrews. This program, along with similar programs such as at Duke and Cambridge, are producing a new generation of scholarship aimed at establishing theologically principled studies and projects which revitalize the place of art, aesthetics, and imagination in Christian life and mission.

In Between the Image and the Word, Hart advocates for the "centrality of the imaginative as a vital condition of so much in the distinctive texture of Christian faith and theology." Here perhaps we should note potential misapprehensions. To many readers, the emphasis on "the imaginative" will come as a surprise. Some may be leery (in the same way that the word "myth" sends off alarms, even when—as in Tolkien and Lewis, for instance—it is used in the context of a robust faith). On the other hand, some may naïvely celebrate "the imaginative," with the enthusiasm of another fad, freeing them from seemingly mundane aspects of critical reflection or substantive theology. Nothing could be farther from Hart's intentions.

But there's another pitfall. Among scholars who specialize in thinking and writing about the imagination, there's a tendency to assume that the boundaries of the concept are fairly clearly marked. In fact, however, "imagination" is a notoriously elusive subject. Taking up a book such as Hart's, the reader—whether a professional insider or an interested ...