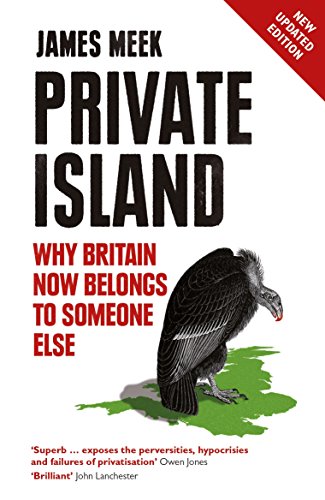 How Thatcherite privatization has played out.

Many Americans have a soft spot for Margaret Thatcher. The Iron Lady and Ronald Reagan's best friend, Thatcher is a reminder of the last time when everyone knew the West had won. In Britain, however, Thatcher has always been hated as much as loved. When Britons look back to the 1980s, their clearest memories are not of the end of the Cold War but of runaway unemployment, the decline of British manufacturing, yuppies, and the Falklands War. Americans who worry about the disappearance of good working-class jobs don't think "Reagan"; for British people with the same concern "Thatcher" is the only name that comes to mind.

James Meek is one of these people. He is a journalist who mourns the way his country has changed over the past thirty-five years. His book Private Island is a fresh contribution to the well-established Thatcher-screwed-up-Britain genre. Closing mines, gutting industry, crushing strikes, flattering finance, feathering nests that were already lush—these are the genre's standard themes. Meek aims to add a new one by examining one of Thatcher's headline policies: privatization. The book is damning of that policy and, implicitly, of global capitalism in many of its guises.

The facts are simply told. During the 1980s, the Conservatives sold a host of government-controlled industries on the London stock market. British Airways, British Rail, British Gas, and British Telecom, the water boards, bus companies, airports, and ferries—all went. In addition, Thatcher oversaw the sale of thousands of state-owned houses to their residents at bargain prices. The primary goal was not to raise money for the exchequer—it was soon clear that the government undervalued its assets and initial shareholders therefore stood to make an easy profit. Rather, as Thatcher put it, "Privatization was one of the central means of reversing the corrosive and corrupting effects of socialism … . [T]he state's power is reduced and the power of the people enhanced."