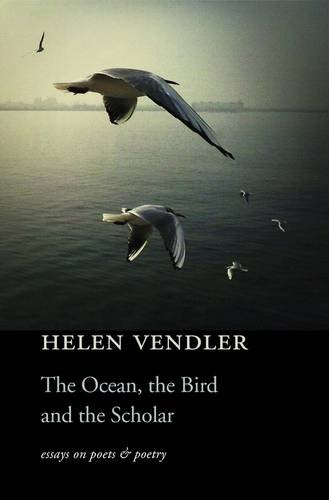 The Poet, the Scholar, and God

Conspicuously missing from Helen Vendler's new essay collection is her notorious savaging of the Penguin Anthology of Twentieth-Century American Poetry, which appeared in The New York Review of Books in 2011. Vendler accused editor Rita Dove, the first black woman to be appointed poet laureate of the United States, of skewing her selection too much toward the accessible, the sociologically representative, and the politically correct—too much Amiri Baraka, too little James Merrill. Dove's 1,700-word reply, which the NYRB printed in full in its Letters section, accused Vendler of "barely veiled racism." Veterans of the Canon Wars felt a throbbing in their battle scars. Even those corners of the media that generally pay very little attention to poetry flagged the controversy as a clash of the titans or, less charitably, a highbrow catfight.

Vendler's broadside really ought to have been included in The Ocean, the Bird, and the Scholar, not only because it was the cause of a noteworthy cultural episode—how often does poetry intrude, in however small a way, upon the national consciousness?—but also because it was a piece that only Vendler would have written. In the chummy, backscratching, relentlessly nurturing world of the American poetry industry, Vendler is known as the critic who still believes in standards—a mama bear among mother hens. Frank Lentricchia has derided her as the "Queen of Formalism," and although in her introduction Vendler faults this epithet for being "two neo-Marxist denunciations in one," she does not call it inaccurate. Whatever else it may have been, her panning of the Penguin Anthology was certainly representative.

Thankfully the lively spirit that animated the Dove review is in evidence in the essays here, even if the review itself is absent. More important, we are given a clue to the motivation behind that spirit, an explanation for why Vendler guards the integrity of poetry ...