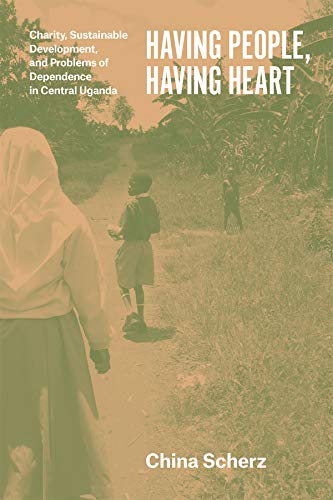 The Perils and Power of Charity

Or, In Praise of Small Acts.

Earlier this month I was invited to join some friends at a local pub for a screening of Jennifer Arnold's highly acclaimed documentary, A Small Act.[1] The film tells the story of Chris Mburu, a Kenyan man who was able to attend secondary school because of donations made to a child sponsorship program by a woman in Norway. Mburu went on to attend Harvard Law School and eventually become a human rights lawyer for the UN. Inspired by the small act of a woman he had never met (who, it turns out, was a Holocaust survivor who had also been rescued as a child by people unknown to her), Mburu set up a scholarship fund for children in Kenya whose families were unable to send them to secondary school. The film has rightly been described as inspiring, and as we sat in the darkness of the pub's function room, flickering light from the screen dancing off pints of beer, it was impossible not to regard such "small acts" as compelling.

While the power of Chris Mburu's story is impossible to ignore, it is also true that programs like those that promote child sponsorship fly in the face of what counts as best practice in the world of development. Such acts of "charity" have increasingly come under fire because they are "unsustainable," as charitable gifts inevitably run out and must be followed up by further gifts in order to remain effective. This tension between charity and so-called sustainability is at the heart of China Scherz's monograph, Having People, Having Heart, which focuses on two NGOs working in central Uganda. Scherz contrasts the group that she calls Hope Child, a local NGO committed to the paradigm of sustainable development, with the work of the Franciscan sisters of Mercy House, a home for vulnerable children, the disabled, and the elderly. By placing these organizations alongside each other, Scherz is able to bring out the underlying logics of exchange that inform charity and sustainable development, as well as the techniques and technologies that transform these logics into projects of ethical self-formation. This two-step argument develops against the backdrop of Baganda culture, and in particular two indigenous models of exchange that together give the book its title: patronage, especially as it relates to what has historically been called "wealth in people," and a concept known in Luganda as omutima omuyambi, "an indigenous virtue often described as an inborn 'heart for helping.' "

The idea of wealth in people will be familiar to anyone acquainted with the ethnographic or historical literature on sub-Saharan Africa. Across the continent, wealth, power, and influence have traditionally been measured by one's ability to secure the attachment and services of others, whether clients, slaves, wives, or subjects. This does not mean that people have been uninterested in material goods—indeed, the vast trade networks that have long connected Africa to the rest of the world suggest that the opposite is true. However, the value of commodities in this part of the world has historically stemmed from the social ties they could produce. For example, those who controlled material wealth became patrons of a large number of clients, whose labor and loyalty they could count on. The role of material goods in this system underscores both the obligations that powerful people had to their dependents and the relative freedom of the latter. If someone did not find a chief or a patron or (at least in some cases) a husband to her liking, she could go elsewhere. This situation created competition between patrons and ensured the general well-being of clients, binding them together in networks of mutual obligation—in other words, in a web of exchange. In contrast, a "heart for helping" refers to the ability to give without expectation of return—to the "pure" or "free" gift that has long been the subject of anthropological and philosophical debate. Here again there is a model of exchange in play, though in this case that which is given is not, and perhaps should not or could not be, reciprocated.

In contrast both to having people and having heart, sustainable development turns on a model of exchange that is finite, set to expire at a particular point, after which responsibility for the project—a farm, a secondary school—is devolved completely onto local "stakeholders." Sustainable development is an exchange in which one party gives for a defined period of time, while the other gives indefinitely. It is not difficult to see that when this approach to development is interpreted on the basis of the models outlined above it comes up short. Scherz therefore argues that although Hope Child was successful in terms of sustainability, in the eyes of those it was ostensibly trying to serve it was a failure. The same cannot be said, however, of the chronically underfunded and by most accounts extremely disorganized Mercy House. While the charity offered by the Franciscan Sisters of Africa is precisely the sort of thing that makes development experts uneasy, a dinosaur of dependence that will never be "sustainable," measured according to local ideas of exchange it is extremely effective. The sisters of Mercy House, and the few foreign donors who contribute to their work, are good patrons; they also have a heart for helping, giving tirelessly without any eye to return, as their Franciscan charism demands.

Scherz's treatment of the Franciscan Sisters of Africa, whom she seems to like very much, allows her to trouble theoretical accounts of charity that see it as a form of structural or symbolic violence. In these treatments, charity is unrelentingly hierarchical and inherently degrading, steeped in the sort of power relations that have so concerned social scientists in recent decades. In contrast to these interpretations, which depend on a Western model of personhood defined by autonomy and agency, Scherz makes a convincing argument that, at least in the Baganda context, charity is not an act of violence. This is because ties of dependence like those that have historically been associated with wealth in people are central to local models of personhood; in other words, people become people in relationships, perhaps especially relationships of dependence. In making this point Scherz is expanding on an emerging theme in the ethnography of southern and central Africa, in particular, which highlights the desirability of asymmetry, the good found in dependence—a notion that can be very troubling to those for whom personhood is defined by independence. Seen from this angle, "development's failure to produce locally meaningful outcomes comes not from creating dependence but from attempting to avoid it."

Having connected the problems of sustainable development to its failure to produce long-term exchange relationships, Scherz concludes her argument by addressing other critiques of charity, whether of the kind practiced at Mercy House or the sort of "small acts" extolled in Arnold's film. Central here, at least in anthropology, has been the possibility that both development and charity obscure the true nature of poverty: by making it something that can be overcome through small acts or even large programs we obscure poverty's political and structural aspects, "rendering [it] technical" in Tania Li's fine phrasing.2 Against this interpretation, Scherz argues that, far from obscuring the political forces in play, the Catholic sisters' refusal to submit to the logic of sustainable development is itself a political act. More specifically, their approach underscores the inability or unwillingness of the state to act on behalf of its citizens, rather than assuming, as other development projects naïvely do, that the state is in fact working for the betterment of all Ugandans. In addition, the Franciscan Sisters of Africa, unlike their counterparts in other places, go so far as to eschew participation in things like debt cancellation campaigns, because they believe that any benefit deriving from such state-level interventions will never reach the people they feel called to care for.

It is on the basis of this dual critique of both politically oriented action and of regnant ideas about sustainable development that Scherz seeks to redeem the status of "small present-oriented acts of care." In the final paragraphs of her book, Scherz urges readers who are concerned with helping the poor to position themselves in such a way as to make relationships of dependence possible, to "[be] someone others might attach themselves to." This is a radical revaluation of the term "dependence," which has so long been the bugbear of development efforts. Rather than willing those in poverty to be able to help themselves, one commits to being a helper; rather than decrying such assistance as unsustainable, one commits to sustaining it. Here small acts emerge as compelling because they are socially productive, giving rise to the sort of relationships that have the power to effect real change—change that, importantly, resonates especially well in many of the places where development projects are positioned.

Naomi Haynes is a Chancellor's Fellow in the Department of Social Anthropology at the University of Edinburgh. She has recently completed a monograph entitled Moving by the Spirit: Pentecostal Social Life on the Zambian Copperbelt. She is a co-curator for anthrocybib, the Anthropology of Christianity Bibliographic Blog.

2. Tania Li, The Will to Improve: Governmentality, Development, and the Practice of Politics (Duke Univ. Press, 2007).