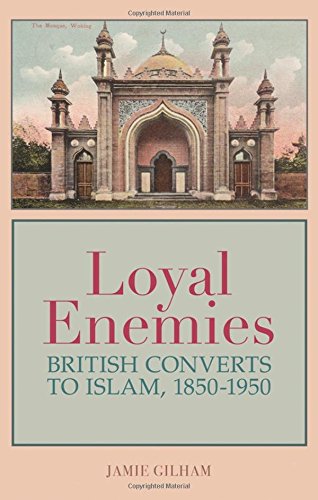 In a speech in 1937, an Englishman who had converted to Islam, Mohammad (born Marmaduke) Pickthall, proposed a "Council of Islam in England." This energetic plan prompted the Methodist Recorder to warn that "it is the avowed object of certain Muslim propagandists to paralyse Christian enterprise at its base." Less than eighty years later, the land of John Wesley now has merely some 200,000 Methodists, and their number is in rapid decline, while Britain has over 2.7 million Muslims, a population that is steadily growing.

The story of that dramatic demographic rise—the result of immigration—is not the one that Jamie Gilham tells. For him, the "British" in the term "British Muslim" is not used in its standard sense today as a national identity, but rather as an ethnic one. The Pickthalls had been in England ever since a forefather had been a knight of William the Conqueror, and those are the kind of pedigrees that populate Loyal Enemies.

Indeed, Islamophilia was an extremely rare condition in Britain in the century before 1950, but it would seem that the aristocracy was particularly susceptible. Before he finally made his submission, Pickthall was almost persuaded to become a Muslim by Lady Evelyn Cobbold, the daughter of the Earl of Dunmore, over dinner at Claridge's, the Mayfair hotel preferred by royalty. The cunning lady had even enlisted the aid of two bemused waiters to serve as the witnesses that would make his conversion valid in Islamic law. Lord Headley's conversion was announced at a meeting at the Waldorf Hotel.

Indeed, the only major figure in this book who is not from the Eton-going élite is Adullah (William Henry) Quilliam, and, as he had the largest solicitor's practice in the north of England, his less august social standing hardly gives us a glimpse into the lives of the working-class women who married foreign-born sailors who are mentioned in passing.

Gilham has an admirable ...