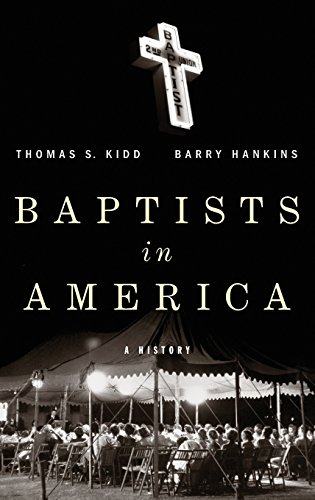 "The Dregs of Christendom"

A first-rate history of Baptists in America.

One of the earliest historians of the Baptists in America, David Benedict, writing in 1813, recognized that they were seen as "the dregs of Christendom." They were associated with the "madmen of Munster," the Anabaptists who in the 16th century had seized that city, abolished marriage, and practiced cannibalism. They were also condemned as "the most rigid and uncharitable sect in the land" for their insistence that believers must be immersed in water before they could sit down together at the Lord's Supper. Consequently, as Benedict put it, they were "the long-despised and persecuted Baptists."[1] They were outsiders.

This new history of the Baptists in the United States takes up the notion of members of the denomination beginning as outsiders as its central theme. Chapter 1 dwells on their status as "Colonial Outlaws." But over time their position within American society changed. By 1920, George Truett, pastor of First Baptist Church, Dallas, delivered a sermon on the steps of the Capitol in which he declared that Baptists were the authors of the religious liberty that was the secret of America's greatness. In the following year for the first time a Baptist, Warren G. Harding, became President of the United States. Harding's Secretary of State, Charles E. Hughes, was later to assume office as Chief Justice of the Supreme Court. By the interwar period, mainstream white Baptists had become insiders.

African American Baptists, however, remained on the outside, and, unlike those Baptists who took a liberal path in theology, the fundamentalists of the 1920s retained the mentality of those who were excluded from power and influence. In the late 20th century, on the interpretation of this book, the Southern Baptists, by far the largest grouping of the denominational family, tried to recapture outsider status in opposition to the secularization of their country's culture. All sections of American society, ...