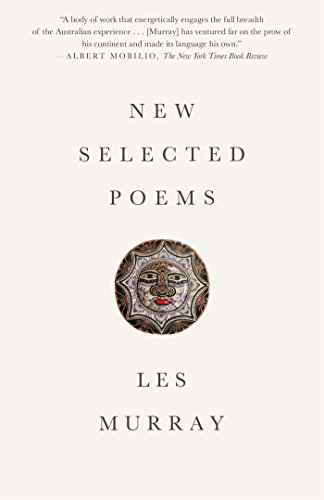 The Consecrated Heretic, Down Under

The story of the great Australian poet Les Murray is one of oblique angles, of seeing things slant, of being not-quite-right. In a country that, like most other countries, takes its cultural bearings from its cities, he is a poet from and of the countryside. (He titled one of his collections Subhuman Redneck Poems.) In one of the least religious nations in the world, he is a Catholic Christian who dedicates books "To the Glory of God." ("Snobs mind us off religion / nowadays, if they can.") He has frequently been labeled a conservative, even a reactionary, in his cultural and political views. ("The conservative and formalist charges are just that, charges—not criticism or scholarship, but Marxist policing of a dissident writer.") Until he was nearly 60 years old he suffered from disabling bouts of depression, and came to believe that his personality ranged him on the autism spectrum; these experiences, plus struggles with weight that drew constant mockery when he was young, isolated him from others. ("I had a very special relationship with Shakespeare. I acknowledged him as a master craftsman; but I couldn't forgive his writing three whole plays against one fat man. Fifteen acts about me at Taree High!") When he wrote a short poem that no one understood—"Critics didn't like it, / said it was obscure"—he followed it up with another that purported to explain it but was actually even more impenetrable.

So it is with reason that Murray has said, "I'm only marginally part of any set-up in Australia, I'm more or less a pariah there." And yet it is equally true that he is one of the most famous and celebrated living Australians. Some years ago a television commercial from the national tourist agency featured him reciting one of his poems. When, in 1996, he collapsed and fell into a coma, national anxiety ensued, and when he emerged from the coma three weeks later—his lifelong depression, by the way, having somehow lifted—an ABC (Australian Broadcasting Corporation) newsreader announced that "the poet Les Murray is once more conscious and verbal." Murray enjoyed this moment so much that he titled his next collection of poems Conscious and Verbal.

An explanation of these contradictions may come from the other end of the world. The sociologist Pierre Bourdieu has argued that France produces, from time to time, a peculiar kind of figure whom he calls the "consecrated heretic." Voltaire is one example; Rousseau another; Sartre a third. The consecrated heretic is an artist or intellectual who plants his feet firmly in the riverbed and faces the social current upstream, refusing to be carried along by it. He mocks conventional wisdom; he scandalizes ordinary people by what he believes, what he says, how he acts. Of course, many people do this, but only a tiny handful are celebrated for it, are seen as indispensable threads in the social fabric. The passionate earnestness of these few is acknowledged; they are clearly dedicated in their own perverse way to the common good. Eventually the nation's major institutions seek to bestow high honors on such heretics, who of course turn aside disdainfully, which makes them treasured all the more. Les Murray is the chief consecrated heretic of Australia.

2
This off-kilter quality, this plain oddity, is intrinsic to Murray's verse as well. Had it been written in the 17th century we would call it "metaphysical": it is full of knotted syntax and inscrutable metaphors. Even when he seems to be saying something utterly straightforward, the context can turn it into a puzzle, as when in "The Say-But-the-Word Centurion Attempts a Summary"—a biblical poem, rare for Murray, and one of his very finest—he stops dead in the middle of his exposition and states, "But there never was a bad baby." (Wasn't there? And what do you mean by "bad"?) In Murray, the blunt often appears evasive, and one suspects the most evasive formulations of bearing a secret bluntness.

Murray's word for what others might call "worldview" or "philosophical outlook" is "poetics." In "At the Aquatic Carnival" he describes seeing a pelican with a deformed beak: "It cannot pincer prey, or lid its lower scoop, / and so lives on guts"—scavenging around the waterfront, staying even when the other pelicans go elsewhere:

For it to leave would be death.
Its trouble looks like a birth defect, not an injury,
and raises questions.
There are poetics would require it to be pecked
to death by fellow pelicans, or kids to smash it with a stick,
preserving a hard cosmos.