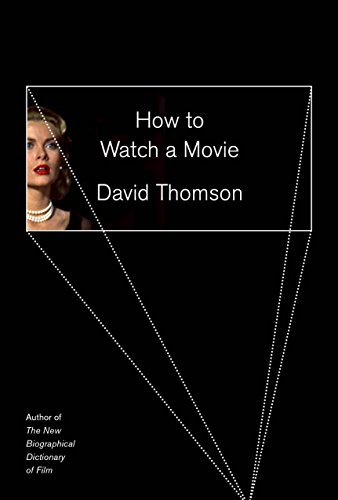 A Perplexing Guide to Movie-Watching

This primer suffers from a severe case of ADHD.
November/December 2015

For four of the five years I taught high school, I offered an elective class on film history to students. Though centered on the development of the medium from a business and aesthetic perspective, from the Lumiere brothers to the Coen brothers, the class also doubled as a crash course in the skill of understanding film. Students would learn to analyze shots, recognize cuts, and describe the effects of mise- en-scène. Teaching this class, I quickly discovered two facts: the students had never learned to read films with close attention, yet they were hungry to learn how to do so.

It does seem odd that, for all the energy our schools pour into teaching kids literacy, they rarely think to train students in how to understand images—especially in a society where pictures often seem ascendant over words. In spite of the flood of visual data that washes over us every day, it feels difficult to find the education necessary to make sense of the rising tide. For those wishing to deeply understand film, the best method has long been that of the autodidact: a long slow process of watching the films that matter, and reading the critics who have marked paths of knowledge before us.

Given the relative rigor of this process, it would be nice if the broader public had a one-stop shop to teach them, quickly and easily, the basics of how to understand film. David Thomson, veteran film critic and author of many books, gives it a go in How to Watch a Movie. Unfortunately, the book's potential usefulness as a guide for the perplexed is limited by the fundamental confusion that lies at its heart. How to Watch a Movie cannot decide whether it wants to be an instruction manual for those just beginning to love film, or a reference-heavy tome for the already initiated. In the end, it works as neither.

The problems start at the structural level. Though a brief book, How to Watch a Movie attempts to cover the act of watching film in its entirety. This means that Thomson writes not only about the nuts and bolts you would expect—acting, music, editing, and so on—but also about much more. He starts with several chapters on the act of viewing itself: the purpose behind watching films, the shifting nature of film exhibition (thanks to the advent of home and, more recently, online watching), and the virtues of multiple viewings. Thomson devotes the middle chunk of the book to the unpacking of various elements of film, with a particular emphasis on the way cinematic information (as he calls it) gets manipulated on screen. Finally, in the book's strongest section, Thomson offers an analysis of the film industry itself, examining factors such as star power and money.

In many ways this attempt at breadth is admirable. Considering cinema's status, from its beginnings, as a commercial enterprise, it makes sense to include the economic context. Here, however, the variety and number of topics juggled results in a slapdash feel, with no topic getting the full treatment it deserves, and the core chapters in particular—those involved in actually analyzing film—coming across as undercooked.

It hardly helps that, as a tour guide to these subjects, Thomson bears a striking resemblance to a sugar-addled toddler, always distracted by the next shiny object. Almost every page contains an associative chain that would light up a psychoanalyst's eyes, as Thomson leaps from one idea (and film example) to another with reckless abandon. Some extremely talented writers—G. K. Chesterton in his newspaper essays comes to mind—can make dizzying connections and turns of thought feel natural and revelatory, tying together ideas in unexpected but provocative ways. Thomson, though, is no Chesterton, and his mental hopscotch seems forced and frantic, like an out-of-his-depth jazz soloist straining for the next progression of notes.

This tendency becomes especially frustrating in the middle chapters. Just when Thomson should be settling down to give a calm, blow-by-blow account of, say, how editing affects a film's message, he cannot seem to sit still. Here's an incomplete tally of the topics Thomson touches on (and glosses over) in the editing chapter: surveillance footage, grammar, Ernest Hemingway, the physical process of cutting film, time and narrative, Hitchcock's Catholicism, the "violence" of editing, and the falseness of certain silent films. Lacking a strong through-line, the chapters tend to dissolve into a disorienting amalgam of parts with no seeming connection other than Thomson's whim.

Such haphazardness extends to his choice of films to discuss. Ideally, a book about how to watch film would have a secondary purpose: to introduce readers to a deep library of films to explore on their own. To his credit, Thomson does mention many, many films in the book. In step with the rest of his style, however, most of these titles get tossed out as he speeds by to the next idea. Few get more than a sentence, and only a handful merit more than a paragraph. The films Thomson does linger on tend to be the most obvious choices, perhaps to hold the reader's attention. That's an understandable tactic, but does the world really need one more analysis of the shower scene from Psycho, or a detailed catalogue of the techniques Welles uses in Citizen Kane?

It's strange, too, that a critic as obviously knowledgeable as Thomson should fall so readily into clichés. Consider, for example, the period in American cinema between the end of World War II and the end of the Vietnam War. Something changes, significantly, but unpacking what exactly marks the difference is tricky. Thomson buys into the familiar narrative that, with the loosening of censorship, films became more explicit (undeniable) and, therefore, more sophisticated (dubious at best). According to Thomson's analysis, older films exist only as entertaining morality plays, where the outcome—assured from the beginning—serves to reinforce society's norms. Meanwhile modern films, thanks to nudity and graphic violence, can explore the ambiguous areas of human life that count as sophisticated.

Facts rarely agree to obey simplistic, self-flattering narratives like this, and Thomson falls into some head-scratching blunders in his quest to validate this received wisdom. Setting aside the fact that so much of what emerges without censorship these days has the subtlety of a sledgehammer, who, with even the faintest glimmer of critical reasoning, could assert in good conscience that a film as complex as The Third Man is, in contrast to the noir films that emerged in subsequent decades, "just a mystery"? (That's only the second stupidest thing Thomson says in the book when evaluating an older work of art; the first is the inexplicable assertion that "What is trite about [Picasso's] Guernica now … is that the whole damn thing is against air raids. Aren't we all?")

Despite all this dross, Thomson's book features some moments that go beyond tired analysis. He gains focus in the final few chapters as he examines the Hollywood machine, exploring whether film can be anything other than a mirage of meaning covering up a naked cash-grab. These investigations are accompanied by more focused writing, and Thomson throws in a few good anecdotes along the way. My favorite involves him meeting Nicholas Ray (director of, among other things, Rebel Without a Cause, which Thomson dissects at length earlier in the book) near the end of his life. He finds the old man a burned-out husk, with little of the spark present in his early films. Thomson narrates the encounter with a wry tenderness, striking just the right balance between admiration and melancholy. If How to Watch a Movie spent more time on modest achievements like this, it would be much stronger as a guide for those who want to catch the film bug. As it stands, Thomson's book falls into a sad middle ground, bound to confuse those who do not already know film and annoy those who do.

Asher Gelzer-Govatos is a PhD student in Comparative Literature at Washington University in St. Louis, where he lives with his family. He is the film critic for the Columbia Daily Tribune newspaper; his writing has also appeared in outlets such as The Week, Paste, and Oklahoma Magazine.