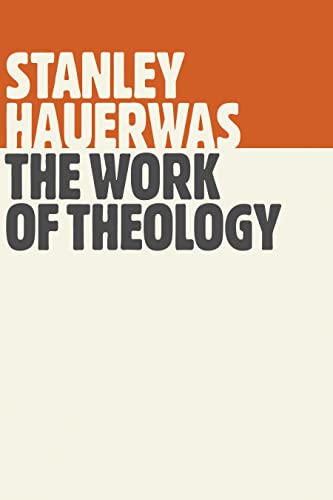 How to Be Hauerwas

Being named "America's Best Theologian" in 2001 was a bit like being crowned the "World's Best Zeppelin Pilot" in 1940. But that's been the burden and the mantle upon Stanley Hauerwas since Time magazine anointed him with that title. As American Christianity crashes and burns around him, Hauerwas continues to make a bold case that there is something important about being a follower of Jesus these days. The latest of his 50-some books is, like so many of the others, by turns brilliant, infuriating, self-obsessed, biting, funny, and redundant.

Maybe this is Hauerwas's contribution to DIY culture, for most chapters are a "How To" guide to something. There's a surprisingly unfunny chapter called "How to be Theologically Funny." (One sentence in this chapter reads, "Which finally brings me back to me," which I found to be unintentionally funny.) Other chapters in this vein include "How to Tell Time Theologically," "How to Think Theologically about Rights," and "How to Be an Agent." Some of these read like book reports, with Hauerwas going on for pages about a book he's read. During these excurses, all I wanted was more Hauerwas, but I will concede that this is how you come to know Hauerwas, by reading about what he is reading.

At the heart of the book stand the three strongest chapters—Hauerwas at his best. In "The 'How' of Theology and the Ministry," he responds to a well-meaning erstwhile DMin. student who sent him a letter along with a multi-authored book on the emerging-missional church. The student's premise? People always say that no one is implementing a Hauerwasian ecclesiology, but here are some guys who are doing just that! Although Hauerwas says he couldn't read the book (that would have been too painful), he nevertheless forms an opinion: he hates it. He hates the writers' contextualization of the liturgy, their advocacy of bi-vocational ministry, and their use of the word, "impactful." But mainly it's the lack of a robust theology in that book—and in so much of Christianity—that he disdains. Reclaim your theological voice! he bellows.

In "How to Write a Theological Sentence," Hauerwas channels Stanley Fish and analyzes Robert Jenson's superb sentence: "God is whoever raised Jesus from the dead, having before raised Israel from Egypt." Throughout the book, Hauerwas rightly points out the failings of contemporary theology—especially a reluctance to talk confidently about God and a penchant for simply confirming the familiar. In that one sentence, Jenson shows us how to overcome both dangers.

And in "How to Be Theologically Ironic," Hauerwas attacks the earnestness that besets so much Protestant theology these days. To be a Christian under Christendom, he proclaims, requires irony. "Internal to the gospel is an ironic grammar that is necessary in order to grasp what it means to be a disciple of Christ."

Grammar has long been a concern for Hauerwas. Repeatedly in the book, he defends his long-held position—springing from Aristotle and Wittgenstein and in league with Alaisdair MacIntyre—that fundamental to Christianity is a vocabulary that is distinct from the world's, that describes reality in ways that contravene the false claims of Christendom. This is why Hauerwas has at various times been accused of being "against" rights, democracy, and political engagement. Herein, he protests that these are misunderstandings of his work. Yet Jeffrey Stout's claim that "no theologian has done more to inflame Christian resentment of secular political culture" has stuck. And, while it irritates Hauerwas, it is not without merit.

As theology in the 20th century—the "Christian century"—reached cruising altitude, the Niebuhr brothers were pilot and co-pilot, but Hauerwas wrested the controls from them. His critique of Niebuhrian mainline Protestantism is accurate: the church had become too accomodationist, he charged, a subservient chaplain to a consumerist, individualist, militaristic culture. American culture was the big-man-on-campus quarterback, and the church was its bootlicking toady.

Against this tendency, Hauerwas has concocted a potent remedy with three main ingredients. First, as a doctoral student at Yale studying under Robert Calhoun, Hans Frei, and George Lindbeck, he discovered narrative/post-liberal theology. From these teachers he learned that "orthodoxy" and "doctrine" aren't dirty words. "Theologians," he writes, "do not get to choose what they are to think about. Better put, theologians do not get to choose the words they use."

Next, while at Notre Dame, Hauerwas embraced the Neo-Aristotelianism of MacIntyre. Every polis—Christianity included—has an internal rationality that is discrete and not necessarily transferable to any other polis. Moral universals, like "inalienable rights," are akin to unicorns. Rather than chase these fictions, moral philosophers and ethicists should pursue and perfect the vocabulary of virtues within their own polis, and that's what Hauerwas has been trying to do for the Christian faith.

Finally, Hauerwas fell head-over-heels in love with the Anabaptist ecclesiology of John Howard Yoder: "What I learned from Yoder meant I was to be labeled a sectarian, fideistic tribalist because I was allegedly tempting Christians to withdraw from political engagement." But, he protests, "Nothing could be further from the truth." Instead, he counters, Yoder's politics taught him how to achieve the goods internal to the polis that Aristotle knew existed, but never experienced. "I refused any reduction of politics to statecraft in order to emphasize the political character of the church as a political space in its own right."

That the church is meant to be a city on a hill seems just the message that accommodationist Christians need to hear. Don't be a chaplain for America, Hauerwas exhorts, be a naked prophet shouting invectives of peace against militarism, hospitality against consumerism, community against individualism. But why, after 50-plus books and 70(!) doctoral students—a veritable Hauerwasian army in theological education—is there so little to show for it? Where are the Hauerwasian churches?

To be fair, prophecy is always a tough sell. But there are theological and sociological reasons to suspect that Hauerwas's message in particular may be impotent, or even dangerous, when proclaimed amidst the societal comforts of white American Christianity, both mainline and evangelical. What he distinctively offers is mainly an ecclesiological message: how we are to be better, more virtuous Christians during the dénouement of Christendom. This is exactly what mainliners need to hear. The problem is that there are so few mainliners left to hear it. All those Hauerwasian clergy, trained by that Hauerwasian army of seminary professors, are preaching to empty sanctuaries. Because as hard as Hauerwas's virtue-based, ecclesiocentric message is for mainliners to hear, there's one that's even harder: Christ, and him crucified. When the crucified Christ left the mainline church, so did most of the parishioners. So Hauerwas's call to get our ecclesiology right, while important, seems secondary.

This criticism is given full-throated voice by Nicholas Healy in Hauerwas: A (Very) Critical Introduction, to which Hauerwas responds in a postscript to The Work of Theology. Healy, too, wonders where we might find all the Hauerwasian churches. Hauerwas finds this a "tired and uninteresting topic." But when Healy accuses Hauerwas of being "theologically thin," that gets the bricklayer's dander up. Hauerwas abjures any claim that he is a systematic theologian, appealing to Karl Barth's "refusal to locate one central doctrine that will determine the meaning of all other doctrines." But only a tortured reading of Barth ignores the Christological focus of his work.

And that's the thing: you can get church right, but without Christ crucified, why go to church?

For Paul, the Cross is the precedent and source of all theology. Without the Cross, no Christians, no church, no ethics. Barth's great accomplishment (as well as Luther's) was a recovery of this truth, even in the face of scorn from the theological academy at the time. What is distinctive about Christianity is Jesus Christ, divine and human, crucified and risen. As the mainline church has shied away from that message, numbers have plummeted. Sure, fix the ecclesiology, but first fix the Christology.

Hauerwas doesn't fundamentally disagree, and it would certainly be unfair to accuse him of ignoring Christology. His pacifism, for example, is rooted in the Cross. And his obsession with grammar is driven by a desire that Christians would re-learn how to talk about Christ.

Where Hauerwas's message is downright dangerous is in evangelical circles. (Think of the trope in spy movies in which otherwise beneficial technology falls into the wrong hands and is used for terrible evil.) As shown most persuasively by Christian Smith in American Evangelicalism: Embattled and Thriving, evangelicals operate by a "sub-cultural identity theory," in which they conceive of themselves beset by marginalization at the hands of a cultural elite (when in fact they are arguably the most powerful voting bloc in American politics). Thus, evangelicals have their own radio stations, music, publishing houses, clothing, and amusement parks. For just about any mainstream cultural artifact you can imagine, evangelicals have developed an alternative version. The last thing that evangelicals need is a theology that justifies their further retreat into a ghetto.

So Hauerwas's legacy is a complicated one. He desperately wants American Christians to articulate their faith, but he finds it tired and uninteresting when he's asked for examples of such articulation. He trucks almost exclusively in the realm of books—the ideas of those he admires—which leaves him at a remove from the realities of the church in America. And yet, in spite of all that, his grammatical corrective is the most potent critique leveled on the Protestant church in a generation.

Being Hauerwas, it ain't easy.

Tony Jones is the author of Did God Kill Jesus? Searching for Love in History (HarperOne).