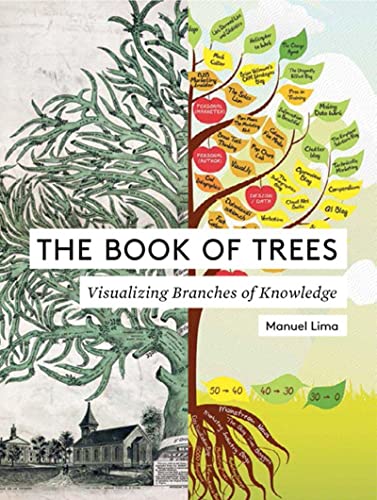 It was in 1852 that Augustus T. Dowd, in search of a grizzly, stumbled across bigger game: a towering tree to be named a sequoia, after the famous Californian Redwoods. For those not in Yosemite, the reports of Big Trees seemed fanciful. A tree that stretched upward and outward at three hundred feet high? New Yorkers and Londoners scoffed at the idea, even as they eyed, suspiciously, a very long strip of bark that had once covered a sequoia's third. Botanists were less skeptical. But more enterprising minds got to the trees first, felling them for wood and turning the forest into—what else?—a scenic destination for tourists: visitors could bowl down two alleys or dance sets of the cotillion on a smoothly planed stump.

That was the advertising pitch, at least. Soon the multitudes descended, less tourists than pilgrims eager to behold the trees whose very existence inspired curiosity and reverence and awe. Even the resistant among them were provoked. How long had sequoias been around? When David was made Israel's king? Or when Aeneas fled Troy? Certainly when Christ walked our battered earth. The rings of the trees confirmed that. Whether they flourished outside the Americas was not to the point. What mattered was that the trees had stood—and that they still did. They were witnesses, albeit distant witnesses, to the founding myths of civilization.

The trees of our Edenic past were probably not sequoias, but they too were seeming immortals grounded in the earth. In the second creation account, Yahweh plants a garden full of "all kinds of trees" and places a man in it. (The first account in Genesis has seed-bearing plants, including trees, fill the land on the third day.) Life begins in the garden with trees, which feed, nourish, and shade us, and give us aesthetic pleasure. They are "pleasing to the eye." But life also ends with trees, or rather the taste of "the fruit / Of that forbidden tree," in John Milton's memorable line. And lest our first parents eat of another tree (the tree of life) and live forever, they are banished from the garden, cursed to toil and wander, give birth and die.

Trees hold out the promise of life, but they also remind us of our mortality. The reminder is sometimes too much to bear. Gilgamesh, the earliest recorded literary hero, realizes that he will be among the dead bodies that float down the river beyond the city's walls. Seeking fame and glory, he embarks on a journey with his friend and protector, Enkidu, to slay the guardian of the forest, the demon Huwawa. But his act, as he explains to the elders of the city of Uruk, is not only aimed at making himself a name. It is an act of defiance. Forests, too, will share the fate of humans. Gilgamesh will cut down their trees, and cedar logs will float, like corpses, on the same river.

On one level, this declaration might seem jejune, petulant. Gilgamesh is not exactly a modern hero. Yet his reaction is emblematic or at least indicative of our long ambivalence toward trees. In order to make room for ourselves—to create what we call human civilization—we have had to clear out trees. And we have been clearing them ever since Mesopotamian times. We continue to build our huts and towns and villages and cities, replacing forests with rival forests of human culture and activity. Despite that, we cannot do without them. We plant trees in our bustling metropolises, amidst artificial trees of wood, glass, iron, concrete, and steel.

In addition to the trees that adorn urban (and suburban) landscapes, there are trees firmly planted in our minds and books. Indeed, the richest source for figurative trees—as Manuel Lima calls them, in the first and lengthiest chapter of The Book of Trees: Visualizing Branches of Knowledge—is the medieval codex. Quilled onto the skin of cows or goats (or some leftover hide from the kitchen), trees seem to appear everywhere in the Middle Ages. They crop up as trees of virtues and vices, trees of consanguinity, trees of rhetoric and philosophy. They neatly divide scientific knowledge, geometrical planes, the ages of man, poetic works, and fiefdoms. They aid, even displace, biblical exegesis. Sometimes scrawled on margins, sometimes carefully plotted out within columns, they could take on massive importance. Canonists, for instance, regularly used family trees to determine legal matters. A mistake could result in losing your inheritance.

I first encountered the medieval tree in a graduate seminar that remains to this day one of the most thrilling classes I have ever attended. We had been assigned a short text of 17 pages (short for grad school, anyway) by the Greek philosopher Porphyry, a neoplatonist of the 3rd century who talked cryptically about genus, species, difference, property, and accident, and whose pages remained mostly opaque until, gathered around the classroom table, our professor got up and started drawing a tree. Starting at the top, he wrote "substance," which he labeled a genus, and drew two branches—the species of "incorporeal" and "body"—underneath. Then he chose the rightmost branch (in this case, "body") and kept dividing in similar fashion until he reached the last species, "human." Below he chalked a barcode of lines, standing for countless individuals like Socrates and Plato (two favorite philosophical examples) who populate the world.

Suddenly Porphyry's text made sense. The dry and technical prose of the Introduction, or Isagoge, as the manuscript was known, was transformed into a figurative tree. One could follow the words while tracing the nodes and branches of a tree, seeing how a genus might split into species and then marking the differences within species. Porphyry thus set the tone for how we draw up the world and define it.

The Porphyrian Tree is the true forerunner to our biological trees of classification (first devised by the 18th-century Swedish scientist Carl Linnaeus). Curiously, though, the tree is not to be found anywhere in Greek manuscripts. It is almost surely a medieval invention. To understand its popularity, we need to remember the place of Porphyry's Introduction in the curriculum. As its title suggests, it was a primer—to be more precise, a primer to the logical works of Aristotle. Medieval logic was difficult, but it was a code for unlocking all other disciplines; it was, to switch to an earlier metaphor, a tool for thinking clearly and precisely about truth. It was, in other words, the necessary means of attaining knowledge. But the tree was also a sort of code, a diagram that made visible the elements of logic—a measure all the more urgent in a classroom full of raging hormones. The tree made logic intelligible, and it evidently became an indispensible part of Porphyry's work, copied and adapted endlessly for use with other texts. Whether the text at hand was a translation or a logical compendium, a schoolboy or master would have read it alongside a tree. Underpinning medieval philosophy is a persistent image of a tree. Yet oddly enough, the Porphyrian Tree is missing from our familiar narratives of formal learning in the Middle Ages.

Have we spent so much time on the written text that we have forgotten that medievals—the educated ones, at the very least—started with, and were thinking along, a tree? This is an easy mistake to make, and one that is reinforced rather than corrected by many modern scholarly editions. Printed in black and white, they reinforce the impression that the medievals were a strictly text-obsessed bunch. (They may have painted in color and illuminated initials with gold, but never mind.) Diagrams, if there are any, are usually tucked away in the introduction or notes, not far away from the more favored stemma of textual criticism (another sort of tree, incidentally).

One of the great advantages of Lima's book—really a catalogue of cognitive art—is that it disabuses us of such misconceptions. Arranged in thematic chapters of trees (figurative, vertical, horizontal, hyperbolic) which themselves proceed chronologically, The Book of Trees gives us images in full color. What is striking, as one flicks through the pages, is how rich and lively the medieval illustrations are, especially compared to the black-and-white woodcuts of the early modern period or the blander, more uniform sheen of computer-generated color. With few exceptions, none of the later reproductions (Lima, unlike Edward Tufte, doesn't redraw) seem to match the pure luxury and vibrancy of natural dye on vellum.

A large part of Lima's argument is to show that what we think of as modern inventions—phylogenetic trees, computer directories, telecom dashboards, word and mind maps—have a much longer history than we suspect. Much of what we think is new is old—as old as the Middle Ages, at least, which in retrospect seem surprisingly up to date. We naturally think of ancestry and languages as genealogical trees; to think otherwise seems impossible. Yet it took the encyclopedist Isidore of Seville, toying in the 7th century with different versions of consanguinity trees and even a circle, to give us the prototype. Isidore's drawings gave rise to a remarkable amount of experimentation—illustrators tried different shapes, angles, and starting points—but the basic design remains intact today. True innovators are scarce. In recent times, only one candidate clearly qualifies: Ben Shneiderman, whose 1990 "treemap," rather than branching outwards, is a density of nested rectangles.

What The Book of Trees also does, perhaps unwittingly, is take us back to a medieval way of comprehending. Lima reveals a universe in which word and image co-existed. Medieval thought was not all text; neither, to invoke that other popular canard, was anti-intellectualism all pictures. In fact, to develop and teach a later style of biblical exegesis, monks, preachers, and theologians used crucifix-like trees to expound texts as difficult as Revelation. Adding prophets, events in Christ's life, and other passages of Scripture as branches and leaves, "visual exegesis" extends, in alternative vectors, our classical and biblical typologies, our already textually linked trees (the olive tree, the fig tree, the tree of Jesse, the cursed tree). Images, contrary to Aristotle, are a sort of thinking and not merely its prelude; and this is no better witnessed to than by the presence of diagrammatic trees on the page or the screen. And not only trees, but circles, squares, triangles, and tables (not to mention maps and astronomical charts). But it was the tree, along with the circle, that proved to be the most flexible and accommodating. (The chapter on "radial trees" demonstrates that they combine successfully.) Squares can be good for drawing up contraries and contradictions (as in the square of contradiction); but once you make them more complicated, they start looking like badly organized trees.

When Lima speaks of the tree's deep history, he can sometimes slip into Jungian-sounding language ("universal symbol," "timeless," "tree archetypes"). But the historical details of his introduction—and above all, the images he selects—more convincingly persuade us of the tree's perdurable fascination. The tree diagram, of course, is not without its limits. It can be frustratingly rigid and hierarchical, forcing us to reach back to a single source. But this thinking of the One will not go away. The tree diagram, as the publication of this book suggests (three decades after Deleuze and Guattari's complaint against root thinking), still flourishes. A visual commonplace in areas as diverse as banking, music, and epidemiology, a powerful model of organizing, seeing, and, yes, creating knowledge—metaphorical trees, like the natural kind, will always be with us.

Kenneth Chong is a postdoctoral fellow at the University of Queensland's Centre for the History of Emotions, where he is working on a literary and intellectual history of the theological passions from roughly the 12th to the 16th century.