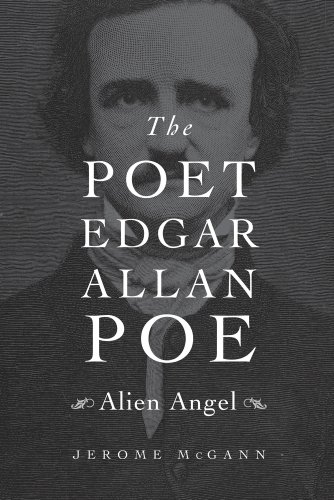 The Rhythmical Creation of Beauty

Giving a great American poet his due.
March/April 2015

We live in a culture that has largely lost its poetry—probably the only culture in human history to do so. At the end of the 19th century, the public and private reading of poetry as well as the memorization and recitation of long passages of poetry were major forms of popular entertainment rather than the rare practice of an intellectual elite. For most people in our culture, poetry has grown as inaccessible as Egyptian hieroglyphics.

From time to time someone appears who makes poetry once again accessible, in spite of our tendency to reduce language almost exclusively to the grunting of brute data that may not even be facts. C. S. Lewis succeeded with A Preface to Paradise Lost in helping his readers understand how epic poetry, a lost art form, actually works. A similar book is Jerome McGann's The Poet Edgar Allan Poe: Alien Angel, for in the process of clearing up so much of the critical fog that has enshrouded the poetry of Poe, McGann helps his readers understand how to read poetry more generally.

Few people could have written The Poet Edgar Allan Poe. Many fine Poe scholars could have written a fine book on the poetry of Poe, but it took McGann to do what he has accomplished in this book. A Poe scholar who has devoted a life to the study of Poe may be easily dismissed as a partisan when commending Poe to the rest of the literate world. McGann, on the other hand, came late in life to Poe after having established a reputation as one of the great scholars of American literature. His venture into Poe came as a surprise, given the long-held tradition in American literary studies that Poe should not be taken seriously.

This study is all the more significant for its confessional tone. Like Walt Whitman and T. S. Eliot before him, McGann came to grasp the significance of Poe after a distinguished career in which he had accepted the standard line that had been passed down in intellectual circles since Emerson that Poe was merely a "jingle man." Because of the enormous influence of Poe on literature for over 150 years, however, the standard American disparagement of Poe has been difficult to sustain. In this study, McGann argues for the importance of Poe's work while also confessing for himself and other critics that any perception of Poe's "insufficiency has largely been ours (or mine)."

McGann begins by charging that for many if not most critics, the biography and mythology of Poe have grown so enmeshed with his works that few critics have a truly critical perspective on Poe. In order to appreciate Poe's poetry and its significance, McGann insists we must "step back" and look at Poe's work as a whole. He begins by reviewing a selection of magazine columns Poe wrote in the 1840s, known as the "Marginalia," as a gateway to understanding the importance of Poe's poetry. McGann argues that these articles form the "theoretical center of Poe's work."

In the "Marginalia" columns, Poe exposed his audience to the way he thought and by extension the way he wrote. In the "Marginalia," Poe did not present a theory of writing (he would do that in a series of important essays) but demonstrated how he wrote and how he thought about a theory of writing. He exposed his developing thoughts to the public before formalizing them in systematic essays. These columns also give a description of how Poe read, for Poe explained to his readers that the "Marginalia" are the thoughts that arose in his mind in the process of reading what other people had written. Instead of reviews of other works, they are the ideas generated by his engagement with other works.

McGann sees the methodology of the "Marginalia" present in some of Poe's critical reviews as well—for example, in Poe's review of Longfellow's Ballads and Other Poems. In this review, Poe expounded his idea that poetry is concerned with beauty in the same way that the essay may be concerned with truth. Poe famously criticized Longfellow and most of his generation of American poets for their insistence that a poem should teach a moral lesson. Poe did not object to a poem teaching a moral lesson or expressing truth, but it must first succeed as a poem. By "beauty," Poe did not mean prettiness; he meant that a poem must work according to its own rules, which are quite different from those of discursive prose. In particular, he insisted that rhythm is an essential aspect of the aesthetic aspect of poetry, which he defined as "the Rhythmical Creation of Beauty." Thus, the Transcendentalists could dismiss Poe's poetry as "immoral" for its failure to have moral education as its goal.

McGann calls our attention to the close relationship Poe drew between poetry and music. In many ways poetry is closer to music than to prose, and Poe would constantly stress the importance of reading poetry with the ear rather than merely with the eye. This aspect of Poe's understanding of poetry harkens back to antiquity, when poetry was a corporate experience. (The origins of poetry pre-date the origins of written language.) "When music affects us to tears, seemingly causeless," Poe wrote, "we weep not, as Grovina supposes, from 'excess of pleasure'; but through excess of an impatient, petulant sorrow that, as mere mortals, we are as yet in no condition to banquet upon those supernal ecstasies of which the music affords us merely a suggestive and indefinite glimpse."

Poe's discussions of poetry and music prefigure the convictions on the subject that C. S. Lewis would reach independently a century later. Poe insisted that the experience of beauty points us to a Beauty above, creating a yearning that cannot be satisfied in this earthly life and hinting at an immortal existence. C. S. Lewis would call this experience of Beauty "joy." Just as Poe rejected the moralistic function of art advocated by Emerson, Lewis rejected the similar position of his contemporary critic F. R. Leavis of Cambridge University.

McGann stresses that with these ideas, Poe had left behind the Romanticism of Keats, Coleridge, Byron, Shelley, and Wordsworth. Poe's understanding of poetry dismissed the notion that great poetry flowed forth as the result of some mystical inspiration. Though poetry may begin with an idea that might be called inspiration, it requires hard work. Nowhere did Poe make clearer his notion of the work required to produce good fiction or poetry than in "Marginalia" for November 1844, in which he discussed the problems of plot.

Some stories and plays have too many unimportant elements while other stories do not have enough elements to lead convincingly in a natural way to the conclusion. Drawing upon several examples from nature of the "mutuality of adaptation," where it is impossible to distinguish cause from effect, Poe declared, "The Plots of God are perfect. The Universe is a Plot of God." A century later, the Poe scholar Dorothy L. Sayers adopted Poe's analogy of God as playwright in The Mind of the Maker.

The "Marginalia" are not only important in providing a window into Poe's developing thoughts about writing. They also demonstrate the way he would begin an idea in one piece of writing and develop it in another. He saved this notion of the universe as a plot of God for what he regarded as his most important work, Eureka, published in 1848, the year before he died. McGann devotes more attention to this little-known work than to Poe's most famous poem, "The Raven." In Eureka, Poe collected ideas he had been pondering for twenty years as he crafted together bits from earlier poetry, from his romantic comedies, from his mystery stories and tales of suspense, from his science fiction stories, and from his formal essays. McGann takes the position that Eureka represents Poe's greatest expression of poetic exposition. For a century, some critics regarded Eureka as the strongest argument that Poe was mad. Some thought it a hoax. Others thought it blasphemy.

From the start Eureka confused its readers. On the title page, the subtitle calls it a "Prose Poem," but at the beginning of the text, Poe gives the title again with a different subtitle: "An Essay on the Material and Spiritual Universe." How should we read it: as a prose poem or an essay? Beginning with a science fiction story set a thousand years in the future, Eureka proceeds to challenge the prevailing assumptions of science, philosophy, and theology about the nature of humanity, the universe, and God. Instead of Aristotle's eternal, infinite universe, Poe proposed that God created a finite universe which expanded outward from a tiny "primordial particle." He proposed a universe in which time and space are dimensions of matter and in which light is an extension of electro-magnetism. He proposed a universe that not only has a beginning but also has an end, when God draws all things into himself as all in all.

McGann takes the view that Eureka should not be read as a philosophical, scientific, or theological text, but as a startling new venture in poetic expression without any didactic intention. Whatever one does with Eureka, McGann has demonstrated that Poe's significance as a poet in his own time and as a major influence on the development of poetry for 150 years since makes him one of the two or three greatest American poets.

Harry Lee Poe is Charles Colson Professor of Faith and Culture at Union University in Jackson, Tennessee. He is the author of Evermore: Edgar Allan Poe and the Mystery of the Universe (Baylor Univ. Press).