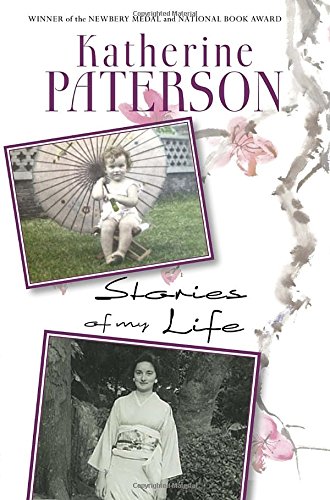 A memoir by the author of 'Jacob Have I Loved'.
March/April 2015

When I was a child, I read and re-read books. To the frustration of my parents, my reading was decidedly indiscriminate: Frances Hodgson Burnett, Laura Ingalls Wilder, and The Baby-Sitters Club. Little Women, Elisabeth Prentiss' Stepping Heavenward, and those series from Christian presses—the Mandie and Elizabeth Gail mysteries I found in the little-used church library (in which I, being the only child of the only pastor, and living in the parsonage next door, spent many lovely solitary hours browsing and reading).

In those days, I conceived of the world and most people and their varied creations—books, films, art—as being clearly split in two: Christian on one side; non-Christian (and possibly anti-Christian) on the other. If I doubted the validity of this assessment of the world, I did not know how to articulate it. When, in my reading of "secular" books—any that would not be sold at the Christian bookstore—a character happened to pray or go to church or refer to a biblical story, my response was joyful surprise: maybe Ramona Quimby was saved, after all.

Paterson's books did not appear on the shelves of our church library or upon those at the Christian bookstore.

Neither, in those days, was I able to articulate the difference between greater and lesser quality. I read everything—classics and junk—voraciously and repeatedly. It was, however, the books I now recognize as "better"—the books my parents were pleased to see me reading—that I re-read more frequently than the others, thus inadvertently proving C. S. Lewis' contention in Experiment in Criticism.

Among the books my parents were pleased to see me returning to were those by Katherine Paterson. My favorite, then and now, was Jacob Have I Loved, the story of Sara Louise "Wheeze" Bradshaw, who lives on a fictional island in the Chesapeake, and in the shadow of her tremendously gifted and beautiful twin, Caroline, struggling to make her own way in a world where her options seem to be narrowly circumscribed. Sara Louise stops praying and stops going to church; at one point, she says, "if I had believed in God I could have cursed him and died." She doesn't curse God, and when at last she finds her calling, God's grace and providence are subtly invoked.

At the time I had no idea that Paterson was a pastor's wife, and that she had been a Presbyterian missionary in Japan; the daughter of missionaries, Paterson was born in China in 1932. Her books did not appear on the shelves of our church library or upon those at the Christian bookstore. They are full of irreverence and doubt, cussing and bad attitudes. Indeed, Paterson's most highly acclaimed books—including Jacob Have I Loved and also Bridge to Terebithia and The Great Gilly Hopkins—have been among her most frequently banned and challenged, not least by Christians fearful, for example, of the supposedly pagan dabbling in certain passages in Bridge to Terebithia that most readers would probably be inclined to describe as "children playing imaginatively in the woods."

This particular irony is not lost on Paterson, who, in her new memoir Stories of My Life, remarks on the theological conservatism of her parents—both of whom loved those of Katherine's books they lived to read. Paterson, who served a term as the National Ambassador for Children's Literature, also describes being viewed suspiciously for her Christianity: "It seems in this day and age it would be more forgivable to say you were once a prostitute than to reveal the fact that you were once a Christian missionary."

"Maybe," her teacher replied, "that's what God is calling you to be."

Katherine could not yet fathom why God might need HER for such a purpose, so for a time she lived and worked in Japan as a missionary—a transformative experience, as she tells it. Katherine's family, the Womeldorfs, had had to flee China several times in the 1930s and '40s, including just prior to the infamous "Rape of Nanking," and though she tells the story gently, it is clear that Katherine, who strongly identified with Chinese culture (at age two, she spoke Chinese more fluently than most Chinese two-year-olds), harbored a share of prejudice that was resolved, finally, by living among and learning to love Japanese people: "to be loved by people you thought you hated is an experience I wish everyone could have," she writes.

Later, after she married a pastor, John Paterson, and started a family of four children (two "the old fashioned way" and two adopted), Katherine felt the urge to create something that wasn't torn up, dirtied, or eaten by the end of the day. And so she began to write—"something every day," "sometimes in five minute snatches." Her first published work was called Who Am I? (a volume intended for the Sunday school curriculum, commissioned by the Presbyterian church), but it was stories that she loved and longed to create. After years of having short stories and poems rejected, Paterson resolved instead to write one chapter of a novel each week; even if no one published it, she reasoned, this practice would, at the end of a year or so, give her a book, and therefore a sense of accomplishment. Her first novel, The Sign of the Chrysanthemum, was published when she was 41 years old.

Since then, Paterson has won the Newbery Medal and the National Book Award twice; she has received the Hans Christian Andersen Award (often referred to as the Nobel Prize of children's literature) and other noteworthy prizes. But the modesty of her ambitions after winning her first Newbery (she resolved never to buy dried skim milk again, and never has) persists to this day. "Gratitude, unlike fame, is something you can actually feel," she writes. Her joy is in the creation of her work and in the pleasure and instruction it has offered to her readers. Stories of My Life—itself appropriate for young readers, but of potential interest to those who write for children and to all fans of Paterson's work—is graced with her humility and her gentle humor; it also offers insight into her novels.

Due to her family's frequent relocation, young Katherine was often the "new kid," an outcast who spoke English with a British accent, wore cast-off clothes, and ate odd, meager lunches. As a first-grader, she was the only child in her class who didn't receive a Valentine card. When her mother suggested that she write a novel about that day, Katherine replied, "Why mother […] all my books are about the day I didn't get any Valentines!" Indeed; it is the marginal, the lonely, the poor and the poor in spirit whom Paterson renders most affectionately, and this preferential option for the wretched has its seeds in Paterson's own experience. "Some of my best writing," she remarks, "has its seeds in [an] awful year"—a year in which she underwent treatment for cancer and in which her young son David's best friend, Lisa, was killed by a bolt of lightning. These events helped to shape Bridge to Terebithia, still one of her best-known books.

Toward the end of Bridge, Jesse Aarons reflects on how Leslie, now dead, "had taken him from the cow pasture and into Terebithia and made him a king." That is what Paterson's vision does; as she told Christianity Today in a 2007 interview: "hope and grace are going to infuse my work—not that I put them in, but because I can't help having them there."

In the final chapter of Stories of My Life, Paterson—now well into her eighties—recounts her beloved husband's "final gift" to her. His last week of life, dying at home of multiple systems atrophy, was "the most blessed week" of Katherine's life: "He showed me in his dying that there is nothing to fear in death."

Paterson and her work still defy easy categorization. Is she a Christian writer? Are her books Christian fiction? But maybe those are the wrong questions to ask. This autobiography, coming late in life from one of the most distinguished contributors to American literature for children, evokes a life lived in wildly varied times and places, with unexpected honor and fame, along with loneliness, mundane troubles, and tragic loss. From beginning to end, it offers a profoundly grace-filled vision—not unlike the one that shapes her novels—in which no one, not even the most foul-mouthed and awkward, is beyond the reach of grace.