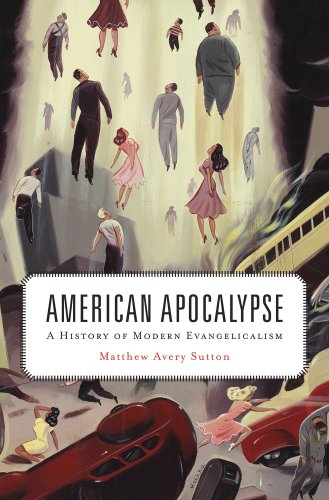 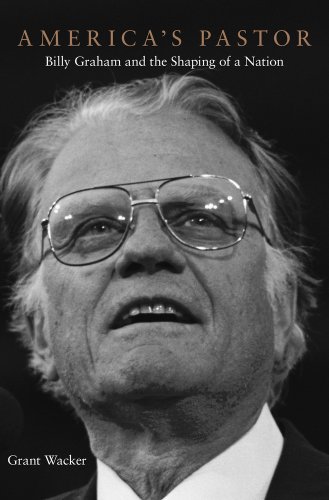 Later proponents of Blackstone's understanding of Scripture included the most popular leaders of the fundamentalist movement early in the 20th century, and later the key figures of the "neo-evangelical" revival of the 1940s who shucked off fundamentalist excesses in an effort to re-enter the American mainstream. Closer to the present, the same pattern of biblical interpretation gave Hal Lindsey his plot for The Late, Great Planet Earth, probably the best-selling American book of any kind during the 1970s, and also the Left Behind novels of Tim LaHaye and Jerry Jenkins that from the mid-1990s racked up more sales than any fiction series until surpassed by Harry Potter.

Even as Sutton explains why the radical evangelical stance poses a danger to public life, American Apocalypse patiently unfolds its inner workings. The key for a Bible-fixated American culture was a fresh interpretation of Scripture that has acted like a magnet drawing together an otherwise fissiparous collection of head-strong Protestants. This interpretation hinges on several verses from the 20th chapter of the Apocalypse of St. John, where "an angel come down from heaven … laid hold on the dragon, that old serpent, which is the Devil, and Satan, and bound him a thousand years" (i.e., a millennium). Sutton's subjects are "premillennialists": they believe that the Second Coming of Christ will take place before this thousand year-period.

Since the late 19th century, most premillennialists have also followed the lead of John Nelson Darby, an Irish-born teacher of the English Bible who in several visits to America propounded the view that God worked through discernibly different phases or "dispensations" in relating to humankind—from creation, then through the ancient Hebrews, then Christ and the Apostles, then a separate "church age," and finally to the End of All Things predicted by biblical prophecy. Sutton's radicals embraced this "dispensational premillennialism."

They filled out their program by contending for the strategic importance of biblical passages that others find simply obscure. These passages include the prophet Ezekiel's reference to the nations Gog and Magog, who threaten God's people; the prophet Jeremiah's prediction, chapter one, verse 14, that "Out of the north an evil shall break forth upon all the inhabitants of the land"; the prophet Daniel's description of a future period of "seventy weeks" into which all history falls; the Olivet Discourse of Jesus from the synoptic gospels (Matthew 24, Mark 13, Luke 21) with its fearsome account that "after the tribulation of those days shall the sun be darkened … and the stars fall from heaven"; and the visions of the Book of Revelation understood as a detailed prediction of world events at the End of Time. Great energy and more ingenuity wove these verses together into a vision of the present and the future that has exerted a compelling attraction for great numbers of American Protestants.

Sutton's chief concern is to demonstrate that this interpretation of Scripture has strongly influenced the way these Bible believers live in the world. Several earlier scholars had charted the rise and dissemination of dispensational theology, but no one has argued so forcefully for its deep and wide influence. In Sutton's view, prophetic apocalypticism has provided an epistemological key for evangelicals to decipher the real meaning of great world events as "Signs of the Times" anticipating the Return of Christ. Thus, the devastation of World War I combined with the British liberation of Palestine gave instant credibility to predictions that had earlier been embraced by only a few. Had not their interpretation of Scripture recognized that the Time was at hand when, as Jesus said in the Olivet Discourse (Matt. 24:7) "nation shall rise against nation, and kingdom against kingdom: and there shall be famines, and pestilences, and earthquakes in divers places"?