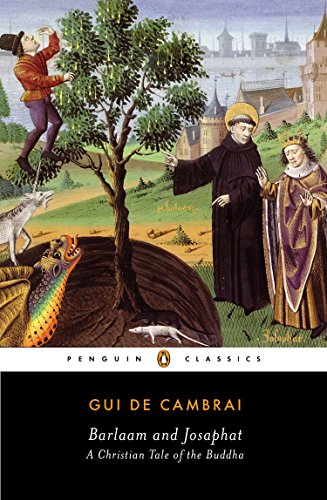 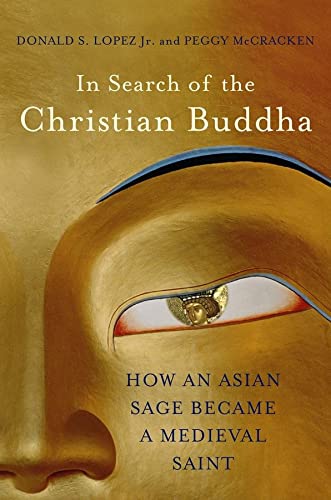 The story of a great story.
March/April 2015

When Wilfred Cantwell Smith (1916-2000) made his classic argument for viewing human religious history as a single historical story rather than a collection of many different religious stories (Towards a World Theology, 1981), one of his poster-child examples of that all-encompassing narrative was the story of Barlaam and Josaphat. This legendary tale of an Indian prince (Josaphat), his royal father (Avenir), and a Christian ascetic (Barlaam) interweaves themes of spiritual awakening, religious conversion, and theological conquest. The story was born in India, based on the life story of Gautama Buddha, and used Indian Buddhist tropes, yet its two lead characters, Barlaam and Josaphat, were included in many medieval collections of Christian saints. Smith's point: human religious experience necessarily takes many specific forms in as many different contexts, but all draw from the same spiritual well.

Smith's analysis makes for interesting reading. However, anyone who consults two or three of the many versions of the story of Barlaam and Josaphat that have emerged over the centuries will be struck by a major irony. The various editors and redactors of the tale evidently had as their purpose something that appears to be directly at odds with Smith's universalization thesis—that is, their purpose was islamization, christianization, even judaization, rather than trying to collapse human religious history into a single story. The version we are reviewing here, for example, an English translation of Gui de Cambrai's French redaction, is among the most polemical of all, with an evident desire that Indian religious be allowed to convert to Christianity and all lndia become Christian.

The bare bones of the story as de Cambrai tells it are as follows: King Avenir, a vigorous persecutor of Christianity, has a son, Josaphat, born to him. Astrologers predict Josaphat will either become a world political leader or a major religious sage. The king does everything he can to encourage the former, not the latter. He pampers his son, isolating him from suffering. Josaphat instinctively realizes the pervasive existence of suffering, however, and is taught the Christian interpretation of that pain by a Christian ascetic, Barlaam. Josaphat converts to Christianity, resists his father's displeasure, and eventually prevails. That is, he prevails as a Christian convert, and Christianity prevails as a universally successful missionary force in India.

There can be no doubt of the Buddhist origins of this story. All of the variants of the story that emerged as it traveled from India to Arabia to Asia to the Middle East to Europe and the West include three events that became characteristic of most life stories of the Buddha in India: the astrologers' predictions of the extraordinary future that lay in wait for the baby boy; the chariot rides that taught the young man of suffering in the forms of sickness, old age, and death; and the father's/king's attempt to seduce his son back to a life of palace luxury using beautiful women as lures. In addition, throughout the text one recognizes terms more characteristic of Buddhist thinking than Christian thinking: (1) the impermanence of the physical world, especially the human body; (2) karma or human agency when it comes to moral activity; and (3) renunciation as the primary response to suffering. Make no mistake—Barlaam and Josaphat originated as a Buddhist story.

Likewise, there can be no doubt of the ingenious efforts to Christianize the story, to turn Josaphat from a bodhisattva to a saint, and in the process show the superiority of Christianity. These efforts became more and more pronounced as the story moved west. De Chambai's version from 13th-century France is in many ways the culmination of this, adding a full apologetic debate showing the superiority of Christian reason over the other religions of the day and then—the coup de grace—a religious war initiated by King Avenir against his son.

One can respond to the story of Barlaam and Josaphat in many ways—focusing, for example, on the theological and buddhalogical similarities and differences in the story as it moved from India to Arabia to the Middle East and to Europe and the rest of the West. One can emphasize the cultural factors that influenced the changes in the story or the religious ones, whether Buddhist, Muslim, Christian, or Jewish. The philology is fascinating. Tracing the title character's name (Josaphat) in the Christian versions, for example, back to the Buddhist term bodhisattva teaches us much. A whole book could be devoted to the secondary and tertiary literature that has grown up around the story, from the scholarly to the folklorist to the advocacy of ecumenism, humanism, or secularism. A story with this long a history and complicated cross-cultural readings can be read and studied many ways.

There are touches of all these approaches in Donald Lopez and Peggy McCracken's In Search of the Christian Buddha: How an Asian Sage Became a Medieval Saint, but their major contribution is their clear delineation of how the story evolved from culture to culture and age to age. They tell a great story about a great story. In places their account is still a bit speculative (especially on the Indian origins), but for the most part scholarship has reached some firm conclusions about the story's transmission. Lopez and McCracken summarize these historical findings reliably and interestingly.

They begin by telling the story of the Buddha. Stories, actually. The search for the historical Buddha makes the search for the historical Jesus seem like child's play in comparison. But since literary heritage rather than historical accuracy is the point here, Lopez and McCracken are able to root the three salient events repeated in all the editions of Barlaam and Josaphat—the astrologers' predictions, the chariot rides, and the seduction scenes—and demonstrate that the more the story changed, the more it stayed the same. That is, the more Christian elements that are added to the story, the more one can see the Buddhist elements at its core.

After brilliantly relating their story of the story, Lopez and McCracken offer their view of why the story endures, especially in the postmodern West. Their take goes beyond the fact that it is classic literature, "classic" in the sense that it touches on archetypal human themes that can be recognized across cultures and eras. And their take goes beyond Wilfred Cantwell Smith's modernist thesis of human solidarity, unity, and coherence. It is interesting, they say, that a story of an Asian sage becomes the story of a Christian saint, and it is interesting, they say, that different groups of modernists used this fact to argue their points: scholars and folklorists interested in cultural transmission, humanists interested in embarrassing the Christian church and its beatification protocols, Christian apologists (and Muslim and Jewish apologists) interested in showing their religion's superiority over Hinduism and Buddhism.

But the really interesting thing about Barlaam and Josaphat, Lopez and McCracken say, is the way growing numbers of 21st century readers take pleasure in using the story in their creation of a Christian Buddha. Now that the Buddhist origin of Josaphat is common knowledge, more and more readers jump right over scholarly pedantry, humanist pettiness, and Christian-Muslim-Jewish religio-cultural imperialisms, and read the story as a way of understanding Gautama through a Christian lens. The subtitle of their book is incomplete. It might better read, "How an Asian Sage Became a Medieval Saint and Then Became a Christian Asian Sage."

Lopez began this fascinating journey in his Terry Lectures at Yale in 2008 (published as The Scientific Buddha: His Short and Happy Life, 2012), a story of how thinkers in the West have understood and, mostly, misunderstood the Buddha, creating the Scientific Buddha in their own image. His conclusion of that very useful examination was that "we honor the Scientific Buddha for all he has done over his short life of 150 years … and that we allow him to pass away, like a flame going out."

But doesn't the story of Barlaam and Josaphat teach us a slightly different lesson? Contrary to popular understanding, legends don't point us back—legends really only point us forward. So isn't the lesson of this legend that there is no getting back to the original Buddha? That there is no help for Christians seeing the Buddha through a Christian lens—that they can see him in no other way? That the "real" Buddha lies somewhere in the intersections of the Indian Buddha, the Muslim Buddha, the Asian Buddha, the Jewish Buddha, and so on? For Christians, specifically, the story of Barlaam and Josaphat is an illustration of God's omnipresence, of God's presence anywhere and everywhere, of God's voracious appetite for self-revelation and God's grace-filled care for all humanity.

Terry C. Muck is executive director of the Louisville Institute.