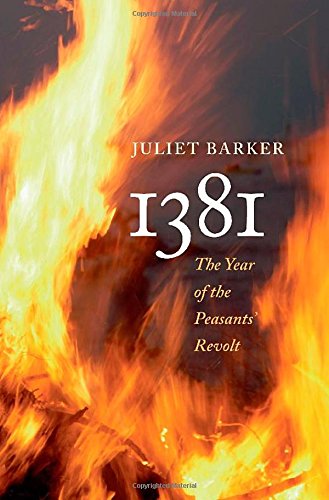 "Away with the Learning of Clerks!"

The events of 1381 have long fascinated historians. To Marxists, "the peasants' revolt" was one of the great "might have beens." For them, the rebels' demands—abolition of serfdom, "recognition of a man's right to work for whom he chose at the wages he chose"—would if granted have created a socialist state half a millennium before Marx. To Protestants and the more apocalyptically minded, the demand for seizure of the wealth of the Established Church looked forward to the Reformation and the Levellers of the English Civil War. Demand for the execution of all lawyers has left commentators more uncertain.

Even historians who did not have a predetermined response, however, were thrilled by the drama recounted in several contemporary chronicles: the march on London by the rebels of Essex and Kent, the seizure of the Tower from which the king's chancellor and treasurer were dragged to their deaths (the chancellor also being the Archbishop of Canterbury), most of all the confrontation at Smithfield, where the 14-year-old King Richard faced the rebel leader Wat Tyler. Tyler spoke too boldly to the king, and the mayor of London knocked him off his horse, to be finished off by one of the king's squires. But as the rebels (all of them trained to arms, as was then compulsory) began to bend their longbows, Richard rode forward and shouted out that he would be their leader now: on their loyalty, they were to leave the field immediately, which they did. Only to suffer terrible reprisals once the magnates of England got their forces together.

In her deeply researched and exceptionally well-illustrated book, Juliet Barker indeed tells the story, but unpicks many of the assumptions behind it. First, she insists, it was never a "peasants' revolt" at all. Many of the individuals involved can be traced in the copious surviving records of the English 14th century, and the rebels included men of considerable ...