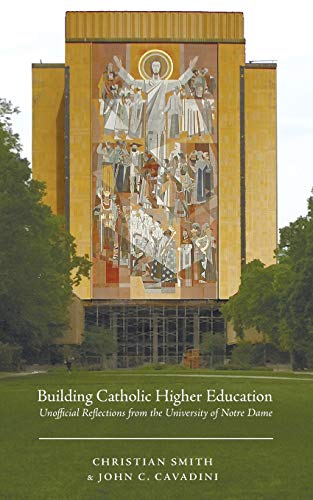 Imagine. You are in Paris in 1901 where, impacted by the death of his friend Casagemas, Picasso is about to exhibit the product of his "blue period." Now imagine that the entire city has been struck (à la John Wyndham) with chronic color-blindness. Science fiction? Not entirely. While, over the longer term, Picasso's "blue" paintings became among (to use Paul Levy's words) his most "easy to love," the immediate reaction to the stark representations was negative. Paris, apparently, took some time to overcome its color blindness, while other places had their own filters. G. K. Chesterton expressed the broad British reaction when he described a 1911 work as "a piece of paper on which Mr. Picasso has had the misfortune to upset the ink and tried to dry it with his boots."[1] It is an experience shared by many writers and scholars when, having trained and developed their particular "voice" over many years, the "age" is rendered—by its politics, its ideologies and parties, or simply by becoming lost amidst commercial massification—color-blind to their productions.

This is the setting in which many Christian scholars and institutions work. As Christian Smith points out in his recent "unofficial reflections from the University of Notre Dame", the particular, the unique, the "blue" in which Christian institutions paint is either tacitly filtered out of public discussion or actively rejected by the academic powers that be. In Building Catholic Higher Education, Smith is mainly interested in the internal effects of such dynamics: after all, every staff member hired by an intentionally Catholic institution such as Notre Dame has to come out of that secularizing "public square." Moreover, the seemingly conflicting aims of the institution—to become a "world leading" institution in each of the areas of undergraduate education, research, and Catholic identity—interpose additional filters which limit both who they can bring on staff, and what those staff do when they get to South Bend. It is a problematic explored much more extensively by Smith's colleagues at Notre Dame—George Marsden, who through The Soul of the American University (1994) sparked wide debate and myriad emulators, and more recently in passing by Brad Gregory (The Unintended Reformation, 2011). Some readers might think it a weakness of Smith's book that it does not take account of almost any of these predecessors, or even (except in John Cavadini's charming theological epilogue) classic Catholic writing on the matter, such as Newman's The Idea of a University (1854) or John Paul II's Ex Corde Ecclesiae (1990). But this tightness of focus—despite Smith's obvious desire for the book to speak to wider Catholic collegiate circles—is intentional: these reflections are clearly directed to the Notre Dame community.

It is a frequent criticism of academics that they find it difficult to say things in a manner which is either concise or direct. This is not something which can be said of Christian Smith. Affronted by the sleight of hand by which secularists debased religion and/or excluded Christians from academic institutions and disciplines, he told them so (2003, and more recently in The Sacred Project of American Sociology, 2014). When he decided that evangelical Christianity was critically flawed by mounting contradictions, he told them so (The Bible Made Impossible, 2011) and converted to Catholicism (How to Go from Being a Good Evangelical to a Committed Catholic in Ninety-Five Difficult Steps, 2011). His Building Catholic Higher Education, therefore, is best seen in this network of struggles over conviction, and Smith's concern that "All rational thought requires the rule of some kind of law based on irreducible assumptions" (The Bible Made Impossible, p. 258). The attraction of Catholicism as a framework for authority, and of Notre Dame as a place to embody its "irreducible assumptions," is worked out here, less as an expansion on general principles than as a codification ("some kind of law") for those who, like himself, came late to a Notre Dame incarnation.

The irony of the book, of course, is that Smith is asking the question partially because Notre Dame has been deliberate about engaging with both secular and Protestant intellectual life. Such people, Smith repeatedly notes (too insistently, perhaps?), are "first-class citizens" of the republic of knowledge at South Bend. The success of the Marsden/Noll nexus, and the bevy of evangelical doctoral students who circulate on the campus, however, must raise questions about the appropriate balance between Catholic and other faculty, and how (given the restrictions and biases in "the public square") once can ensure a "preponderance" of Catholic staff at a similarly high level. This book doesn't really engage with the issue; rather, Smith begins with lengthy quotation of the authoritative documents produced by the institution itself, a useful introduction to the way that Notre Dame is thinking about its challenges. That it takes nearly 11 pages for him to reference the pope shows how Notre Dame-centric this book is. Large statements about Notre Dame's uniqueness also betray an Americano-centrism which again limits the book's scope: the claims are defensible in the English-speaking world, but ignore the vast Catholic tradition in the Spanish, Italian, and other cultural spheres. We are reminded that Chris Smith is first and foremost a social scientist. The reflective, fulsome documents by Notre Dame's president, John I. Jenkins, and provost, Tom Burish, are instructive, and act as the effective framework for the book, around which Smith proceeds to "fill in" what he sees as the programmatic details. The most potentially useful section of the book—where Smith reflects on the ramifications particular to his own disciplinary area, the social sciences—is symptomatic: too short, lacking in embedded case studies, and without much engagement of the primary concerns of the discipline itself. A latter-day manifesto for a Catholic university of the Arthur Holmes type (The Idea of a Christian College, 1975) this is not.

But Building Catholic Higher Education still offers a useful window onto the big issues facing a Christian presence in higher education in the West. As a sociologist, Smith mirrors the challenges of secularization throughout the text. He reminds us that secularization is a social trend, and so reversible or at least resistible. This is a position reinforced by the weight of his chosen tradition—the Church which saw off Julian the Apostate and which sidestepped the French Revolution by going out into the world has a right to think that no zeitgeist is permanent. The crisis of the Church in the 19th century now seems, after all, to have given way to the crisis of the nation state in the 21st century. Here too there is a tension, however—waiting too long to bring about necessary change can be deleterious to an institution, while not having patience with the longue durée can see institutions leap to change direction when no choice is necessarily a good one. In the age of "wicked problems,"[2] the solution is not "better knowledge" (there is none) but wisdom and patience. It is here that Christian institutions emerging from coherent wisdom traditions have something of an edge. Smith could not find that in evangelicalism (though it is there, if constantly challenged by evangelical rationalism); here we read his joy in finding it within Catholicism, the tradition which self-consciously "invented" the university in the West.

Also striking is the laicità of the text. The hierarchy (apart from the Congregation of the Holy Cross) doesn't appear here. Some readers will find this odd, given the tensions between the "speaking," clerical Church and its laity around the world which are now so much a part of the public statements of Pope Francis. Much of Smith's language is managerial, reinforcing the importance of "committed leaders" working out of "clear and compelling visions." How one produces such people is as much a problem for Christian colleges generally as it is for Notre Dame: the cultures of acquiescence that one often finds in churches have a tendency to repress or functionally secularize the laity in order to make space for the clergy. This is a challenge for a Christian university, which is not a libertarian free zone, but a meeting place where lay expertise is necessarily encouraged and incorporated within a context where clergy necessarily also play a key leadership role. It is all the more so for a Catholic university, given the decline in clerical vocations around the world. Smith reminds us of the tension between permission and restraint in an institution which has been reframed in the West as a place for free inquiry. Here one is permitted to have "Alternative perspectives, in the right amounts and expressed in the right ways."

Such a "blue" stance—the "witness" of a religiously framed university—is offensive to the mainstream. Smith is correct in saying that, in fact, the same restraints may be found in secular institutions. If the Catholic tradition claims to be a "universal" Church, then so (as Smith points out in the Sacred Project of American Sociology) does the ideological reformism of most secular, intellectual disciplines. Explanation is rarely just about the subject, but about how the subject is a case illustrating universal statements. The confronting element for a Catholic institution is the public nature of its confession. A university does not simply set its own culture, any more than it can run disciplines detached from the broader, respective literature. Universities are (these days) institutional extensions of national economies, treasured less for their contribution to debate than for their impact on employment, GDP, and/or OECD rankings. The trap is thus not so much in wanting to be a "Catholic university" as in gaining access to the politics of respectability wrapped up in Notre Dame's desire to be a "preeminent university." Being Catholic within the walls is a lesser problem, as the recent Canadian brouhaha over Trinity Western University's law school demonstrates: it is when Christian academics take their tradition into debates which matter, into a non-neutral public square, that the rewards and punishments for difference become apparent.

Mark Hutchinson is dean of humanities at the Scots College in Sydney, Australia, and a historian of ideas who has written on evangelicalism, issues of intellectual freedom, and the history of universities.