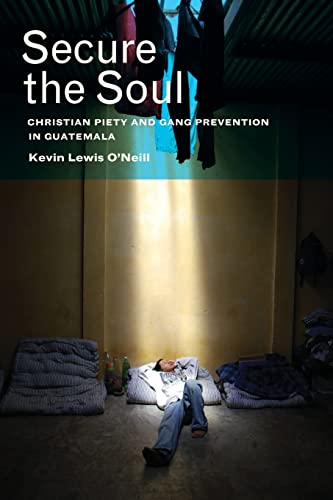 Another look at Christianity and gangs in Guatemala.
July/August 2015

Although Guatemala's 36-year civil war ended in 1996, in recent years transnational street gangs have turned Guatemala City into a lethal combat zone. The backstory of this gang violence—especially in the northern triangle of Honduras, Salvador, and Guatemala—is by now familiar territory, having been reasonably well covered in the U.S. media. In the wave of immigrants who fled civil strife in Central America and opted for a new life in el norte, a significant percentage settled in the Los Angeles area. In the course of time, thousands of their offspring—having become part of the LA drug culture as both users and sellers—formed hostile competing gangs, got into serious trouble with the law, often spent time in prison, and then were deported in droves. Back in the countries their parents had left, this massive influx of rootless youth sank into a progressively worse violent life, as gangs warred with each other, with the largely ineffective police, and with brutal private security forces. The crisis escalated when gang members inevitably got deeply involved in the exploding international drug trade.

In Secure the Soul, his extensively researched ethnographical study of this violent world, Kevin Lewis O'Neill has focused on the significant way Christian groups have been addressing the problem in the early years of the 21st century. A skeptical reader, noting the book's subtitle—"Christian Piety and Gang Prevention in Guatemala"—might anticipate an array of emotional "Come to Jesus" appeals along with the shallow practices and simplistic solutions of a folk Christianity and consider it highly unlikely that the book would contain any new insights.

The skeptical reader would be dead wrong.

I can best lay the groundwork for discussing what's new and surprising in Secure the Soul by drawing on a passage from missiologist Andrew Walls's book The Missionary Movement in Christian History. Walls conjures up an imaginary scholar from outer space—"a Professor of Comparative Inter-Planetary Religions perhaps"—who makes periodic visits to Earth for field study of the religion known as Christianity. What he discovers is that the beliefs and practices in the times of his visits, separated by hundreds of years, are so diverse that they call into question whether there is such a thing as the "Historic Christian Faith." For example, the Jerusalem Christians of 37 CE, all Jews, would not know what to think of the Council of Nicea in 325, with its struggle over the abstruse metaphysical concepts homo-ousios or homoi-ousios. Nor would the Nicene Christians easily identify as Christian the strange ascetic practices of monks in Ireland three centuries later. Just as strange to the practitioners of Celtic monasticism would be the formally dressed, well-fed Christian leaders of London in the 1840s, with their vision of spreading the three Cs (Christianity, civilization, commerce) to the far reaches of the British Empire. In Walls' imagination, the space visitor's final visit is in 1980 to Lagos, Nigeria, a new center of global Christianity, where a good deal of what he sees and hears would have been incomprehensible to all the Christians of the previous two millennia.[1]

The point of this side trip into church history is simply to report that as I worked my way through a first reading of Secure the Soul chapter by surprising chapter, my mind returned again and again to that visitor from space, finally concluding that if he had scheduled one more visit—to Guatemala City in, let's say, 2012—he would have found yet another Christianity, different from anything he had encountered in two millennia of research.

What has Christianity become in the violent neighborhoods of Guatemala City? The new big thing that would have intrigued the interstellar scholar—and warrants our full attention—is the thorough entwinement of Pentecostalism (Guatemala's dominant religion at this time) with two other pervasive international forces: the market economy of neo-liberal late capitalism and the aid and development organizations spawned by globalization. He would also have noted how, as a result, Christianity is often reduced to a list of good habits calculated to ensure success in the market economy.

There's much more to the story than this, of course, and to the book's analysis, but it gets us into the right realm of discourse. O'Neill breaks down this problematic entwinement in five chapters, each of which explores an area of gang involvement and the efforts of Christian piety to address it: the prison system, reality TV, bilingual call centers, child sponsorship programs, and Pentecostal rehab centers.

A chapter on "reality television"? In a book on how Christian piety is dealing with gang prevention? Noting that the chapter's title, "Reality," oozes with irony, I got the feeling that O'Neill may have been just as surprised as I was. Even so, the initial idea did have a sort of mad logic. In an effort to sensitize Guatemalan viewers to the fact that rehabilitated gang members would need jobs, the United States Agency for International Development (USAID) co-sponsored five hour-long episodes, with the title Desafío 10 (Challenge 10), designed to show that these men can work responsibly. Ten ex-gang members, carefully recruited from local churches, were divided into two teams, each given seed money to start a business. For one team it was a car wash, for the other a shoe repair service.

Very little of the actual show, however, dealt with these businesses. In the words of the executive producer, the show would concentrate instead on the transformation of the ten young men into "responsible citizens, wage earners, and consumers." To that end, they were wined and dined with celebrities at the city's most expensive hotels and treated to extravagant shopping expeditions at upscale department stores. O'Neill's perspective on this comes through clearly: "The show's focus on 'making over' each ex-gang member, for example, with shiny shoes, fresh underwear, and fancy clothes, drew from reality television's well-established repertoire of attention-grabbing stunts while also resonating deeply with the missionary tics of certain Protestant Christianity." In this context, Christian piety ultimately consisted of qualities borrowed from business administration: leadership, punctuality, teamwork, initiative, and creativity. As O'Neill neatly summarizes the result, "No longer was the confession meant to purify oneself for a mysterious God. Rather, the point was to align oneself with the rational workings of the market economy."

The show's five episodes, airing in 2006, enjoyed some international coverage, but few Guatemalans watched. The most consistent viewers were active gang members, drawn, says O'Neill, by spectacle. A more hostile motive for viewing may be evident in the fact that by the time of the book's publication, six of the original ten transformed young men had been murdered, and one is in permanent hiding for his life.

In all of the chapters, O'Neill stresses the failure of the Guatemalan state to provide safety and security for its citizens. Hard security by official and unofficial law enforcement had not succeeded. Hence the turn inward to a soft "soul security"—the personal responsibility to transform oneself along the lines of Christian piety. O'Neill had dealt with the same theme in his earlier book City of God: Christian Citizenship in Postwar Guatemala, though in a significantly different context: the upper middle class clientele of El Shaddai, an élite neo-Pentecostal megachurch in Guatamala City.[2]

In this book I found the chapter on the Pentecostal rehab centers the most disturbing. There's nothing wrong with the goal of rehabilitation, and there's everything right about the church being involved. But these centers, some 200 of them scattered around the metropolitan area, are in a class by themselves. They offer no 12 steps or group sessions, no occupational therapy. There are no caseworkers and no files on the occupants. Here's how O'Neill summarizes their role: "In Guatemala City, amid rising levels of drug use and gang violence, informal, unregulated, and oftentimes for-profit Pentecostal rehabilitation centers keep pace with this country's growing consumption of crack cocaine. They warehouse users (against their will) in the name of liberation, for the sake of security." These centers even send out hunting parties, groups of four or five burly men known as grupos de cacería in the rehab industry, who go on the prowl for seriously addicted crack users among the gangs and forcibly imbed them in houses that are really fortified prisons with steel doors, razor wire, and barred windows.

It's hard to see what goes on in these houses as Christian piety. Although free of their drug addiction while incarcerated, the captives are subjected to abusive rules along with large doses of daily sermonizing, the samples of which are equally abusive. The pastor in charge of one of these centers claims that the men are slaves and do not want to be free. They know they would slip back into crack addiction if they got out. As the same pastor puts it, rationalizing the system in terms of an either-or choice, "Do you want to die in the streets or be locked up in a rehab?" O'Neill estimates that there are well over 6,000 people in these rehab centers, a number exceeding Guatemala's total prison population. Most of them will never return to the city life from which they were forcibly taken.

Christian piety, the loosely defined term that O'Neill has chosen to label a broad range of desired behavior, is more recognizably Christian in the book's treatment of three other arenas of work on the gang problems. In the prison chapter, the real heroes are the prison chaplains. The Guatemala prison system does not offer inmates access to therapists, medical doctors, psychiatrists, social workers or teachers. Whereas guards don't even enter the prison sections controlled by gang members, chaplains go there, often at the risk of their lives.

Most of us are aware of child sponsorship programs. Secure the Soul explores a particular program that connects North American evangelical Christians with at-risk children in La Paloma, one of Guatemala City's most violent neighborhoods. The US $35 per month, the letters and birthday cards, and occasional personal visits are designed "to create a context in which these kids might choose God over gangs." Does it work? The chapter notes first that one of the program's results is to liberate North Americans from their materialism, consumerism, and entitlement. On the receiving end, children are undeniably helped. But that help has the unintended consequence of creating little enclaves of privilege in a community where the majority of those in need are "left behind."

The chapter appropriately titled "A Calling" explores what happens at Transactel, Guatemala's largest bilingual call center, most of whose employees are self-identified born again Christian ex-gang members. On the job, which often involves dealing with telephone calls from angry consumers in North America, Christian piety demands a certain set of virtues embedded in the call center industry: humility, punctuality, patience.

I've left to the end a comment on an aspect of the book's narrative strategy that lifts it to a different level as a scholarly work. In the nine years of his research, O'Neill became friends with a Christian ex-gang member named Mateo. In a stroke of good fortune, he discovered that at one time or another Mateo was in some way connected with all five arenas the book discusses, including selection as one of the ten young men in the reality television series. O'Neill precedes each chapter with a section in which he and Mateo rap about his time in that group or program. In a remarkable way, Mateo's uninhibited and expletivelaced recollections add to the book's ethnographic perspective the authentic experience of one very complicated person, a survivor, a living fallible example who embodies the Christian piety at the heart of this fascinating and valuable book.

On his hypothetical visit to Guatemala, although Andrew Walls' imaginary space visitor might have had difficulty fitting much of what he saw into his understanding of Christianity, he would have immediately recognized Mateo, warts and all, as the real thing.

Rudy Nelson and his wife, Shirley Nelson, are the authors of The Risk of Returning, a novel set in Guatemala (Wipf & Stock).