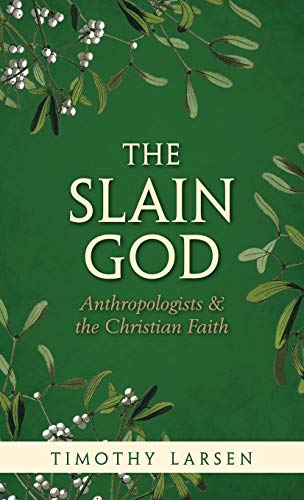 The curious case of Christianity in the history of anthropology.

On one level, the premise of Timothy Larsen's new book is straightforward. If you are like most people who know anything at all about cultural anthropology, you probably imagine it is no friend to religion, or at least not to the Christian tradition. Its English-language origins were deeply rooted in the Victorian tradition of evolutionist thinking, and the discipline first grew up around arguments asserting that human cultures develop over time from simple, primitive original states to more complex civilized ones. In schemes of this kind, religion belongs to the dawn of humanity, and its contemporary forms, including Christianity, are vestiges of ruder times destined to die out as the cultures that house them further evolve, in keeping with the stories of secularization that the majority of founding social scientists told, each in their own disciplinary terms. What gave the anthropological version such bite, however, was its equation of religiosity with the primitive—religion was not just wrong, evolutionist anthropologists at least implied, it was a ridiculous thing for modern people to participate in, one that made them carry on like credulous savages.

This book will be greeted as something of a bombshell amongst anthropologists of religion.

Within a generation of anthropology's founding, anthropologists would begin to give up on the evolutionist models that first nourished their field, and they quickly began to promote the idea that there was no useful scale on which to rank societies as more or less advanced. Instead, anthropologists came to suggest that one must recognize that all societies make sense on their own terms, and all of them provide those born into their folds with reasonable, more or less functional and meaningful ways to live. As revolutionary as this new position proved to be, it turned out that it was no more friendly to religion as a source of truth than the old evolutionist one had been. To be sure, once anthropologists gave up on evolutionism, they began to investigate the religions of those they studied much more carefully than they had before, and they considered the ways religious thought and practice contributed to constructing worlds in which people could successfully dwell. But along the way they also developed the most influential 20th-century version of relativism, and this led them to dismiss any claims one or another religion might make to be telling the real truth about the world. In the light of this notion, one assumes that even after the move beyond evolutionism, few anthropologists were particularly religiously inclined at home, where religion would be a matter of commitment and truth claims rather than distanced scholarly investigation and relativistic openness. And it does turn out to be the case that very few of them became well known as promoters of the Christian faith—or of any other faith, for that matter.

The main story Timothy Larsen has to tell is that the history of anthropology is at least a little more complicated that this standard account allows. The Slain God is made up of six biographies of important anthropologists, all focused primarily on their engagements with religion, though with some thoughtful attention to their intellectual lives thrown in. The two major Victorian figures it treats—Edward Burnett Tylor and James George Frazer—turn out to have lived lives that largely fit the expected pattern. As they moved more deeply into anthropology (or, it might be better said, progressed in their invention of the subject), they moved further and further from the Christian traditions in which they had been raised. But the four important 20th-century anthropologists whose lives Larsen examines refuse to conform to type. E. E. Evans-Pritchard, Mary Douglas, and Victor and Edith Turner were (and still are, in Edith Turner's case) Catholics whose lives were deeply marked by their own faith commitments. Read in these straightforward terms, Larsen's book shows beyond a shadow of a doubt that one can be a successful anthropologist and Christian (or at least a Catholic). Given that this is a man-bites-dog kind of story of received wisdom upended, even if one only follows Larsen this far (and he does not insist that readers go beyond this point), The Slain God is a very interesting book.

But if one is, like me, an anthropologist of religion who first came to the discipline in the 1980s, this is not a book one can easily assimilate only in the relatively straightforward terms in which Larsen presents his materials. It is, instead, a deeply jarring unorthodox telling of a key corner of the discipline's history. In Larsen's account, Tylor and Frazer stay where we'd always learned they belonged—on the safely rationalist, "religion-bashing" side (to use a term to which Larsen also has resort) of the line between the faithful and the secularists. But the biographies of Evans-Pritchard, Douglas, and the Turners are a revelation. It's not that anthropologists of my vintage (and of several earlier generations) did not know that all of them were Catholic. I even had enough personal contact with Edith Turner, for whom I worked as an assistant in graduate school, to know this at first hand. But I think it is safe to say that few of us had any real sense of the depth of their engagement with their religious tradition. Or, more carefully put, few of us knew what their lives looked like when comprehended from the point of view of their religious commitments, nor did we know just how necessary it was to take this point of view on them if one wanted to understand who they were both as human beings and as scholars.