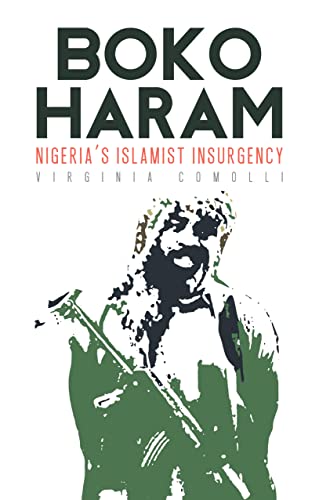 Over the past year, we have heard many wrenching stories about ancient Middle Eastern Christian communities confronting violent assaults from isis and the Islamic State. Such coverage is necessary and appropriate, but it distracts attention from the quite comparable violence occurring in very different regions, especially in West Africa. The most important single battlefront is Nigeria, a country of vast importance for the future of Africa and for the fate of Christianity on the continent. Nigeria is presently home to 85 million Christians, and that number may exceed 200 million by 2050. Nor does that figure take account of the vast global presence of Nigerian migrant communities and their churches.

The Nigerian counterpart to isis is Boko Haram, a term that signifies an absolute rejection of Western education and culture. (Its official title proclaims it the "Group of the People of Sunnah for Preaching and Jihad.") Formed in 2002, the movement developed an increasing commitment to active jihad warfare, and since 2009 its militants have turned northeastern Nigeria into a war zone. Thousands have perished in its ruthless campaigns, which have expelled and displaced literally millions of civilians. Boko Haram seeks a rigidly Islamic state in Nigeria, and it has developed ever-closer ties with the Islamic State itself. It also allies with Islamists and Qaeda-related groups in other nations, including Niger, Chad, and Mali. To put this in context, those four countries have a combined land area equivalent to about 60 percent of the US's lower 48 states.

For many reasons, then, Boko Haram is a significant and threatening phenomenon, which demands explanation. It is valuable to have Virginia Comolli's thoughtful and wide-ranging account of the movement, which draws on extensive conversations with Nigerians of many backgrounds, apart from archival work. As with any study of a current topic, her book runs the risk of becoming obsolete the moment it appears in print, but it is nevertheless a very useful overview. Surprisingly, many aspects of this strictly contemporary movement are fiercely debated and poorly understood, and Comolli is a sure-footed guide through the scholarly battlegrounds.

She roots the insurgency in some very old-established traditions within North African Islam. Long before the arrival of British colonialism, the lands that became northern Nigeria were ruled by proud sultanates and emirates, of which Kano was the most celebrated. One of the great events in that history was the sweeping jihad movement undertaken at the start of the 19th century by the visionary Fulani reformer Usman dan Fodio. Islamic memories survived powerfully under the British, who worked closely with local political and religious authorities.

That historical legacy is cherished up to the present day, providing an ideological vehicle for popular disenchantment and resistance. Comolli rightly points out that Boko Haram did not spring from nowhere in 2002, but grew out of a series of Islamist, Wahhabi, and fundamentalist sects and student movements that had been flourishing from the 1970s onward. Islamic insurgencies are nothing new to Nigeria, and neither are charismatic and prophetic leaders.

I offer one criticism of an excellent book, namely that Comolli is so focused on tracing the tangled origins of Boko Haram that she underplays the larger political, ethnic, and religious picture, and specifically the role of Christianity. Undoubtedly, she knows that story very well, but most non-specialist readers will not, and they need to be told. A case can be made that Boko Haram is the most aggressive and acute form of a sweeping anti-Christian protest movement.

We are in fact dealing with a religious revolution among Christians as well as Muslims. Back in 1900, the lands that became Nigeria had a population of some 15 million, of whom 25 to 30 percent were Muslim. Christians at that point scarcely existed, representing perhaps one percent of the whole, but they grew explosively over the following decades. By 1970, Muslims had grown to perhaps 45 percent of Nigeria's population, roughly the same proportion as Christians, and that rough parity continues today in a country with over 180 million people. Complicating this picture is that the religious groups are not equally distributed: the north of the country is chiefly Muslim, the east largely Christian, so each group can aspire to impose its standards in its respective area. Religious allegiances coincide with ethnic, tribal, and geographical loyalties. Of the three major ethnic groupings, the northern Hausa are solidly Muslim, the eastern Igbo are Christian, and the Yoruba are equally divided between the two faiths.

Now look at this transformation from the standpoint of northern Muslims. A hundred years ago, it seemed obvious that the whole region was naturally destined to be Muslim, and little attention needed to be paid to the uncivilized and illiterate animists of the south and east. History was clearly moving in an Islamic direction. By the end of the 20th century, though, growth, progress, and wealth were badges of the emerging Christian Nigeria, and aggressive evangelism even threatened to make inroads into the Islamic heartland. Muslims still dominated the government and especially the armed forces—another legacy of the British colonial preference for that faith. But how long could that political dominance continue?

From 1979 through 1999, Nigeria was ruled by a series of spectacularly corrupt federal regimes, in which military influence was always key. With one brief exception, all these regimes were headed by Muslims. From 1999 through 2007, however, the president was Olusegun Obasanjo, a Yoruba Christian who claimed to have experienced a life-transforming evangelical rebirth. Particularly at a time of intense Christian evangelism, Obasanjo's ascendancy stirred fears among Muslim authorities, and it was between 2000 and 2002 that the states of the northern Islamic "Qur'an Belt" formally adopted Shari'ah law. Twelve of Nigeria's 36 states imposed Shari'ah, in whole or in part, and those today are the main settings for Boko Haram activism.

The spread of Shari'ah owed something to growing religious zeal but can also be seen as a symbolic reassertion of Muslim identity, and of Hausa ethnic pride. Throughout the debate over Islamic law, we repeatedly see the perceived need to reassert gender roles and family structures, which are so threatened by economic and religious change. In this context, Christianity provides an ideal symbol at once of Westernization, globalization, and sexual upheaval, which together constitute the "Western Education" that Boko Haram regards as its ultimate foe. Boko Haram emerged precisely at this moment of crisis. This does not mean that the movement exclusively regards Christians as its foes, and some of its deadliest attacks have been directed against conservative Muslims. But Boko Haram cannot be understood except in the light of a Western/Christian cultural challenge.

It would be attractive to imagine the current Nigerian crisis in terms of savage Islamists challenging a heroic democratic regime. Yes, Boko Haram commit ghastly atrocities, but the armed forces are so often guilty of wanton massacres, rape, murder, and theft that they too come to resemble another militia force, and by no means an efficient one. In fact, some of the greatest victories over Boko Haram have come at the hands of the forces of neighboring states such as Chad, who freely cross borders to strike at the rebels whom the Nigerians cannot or will not suppress.

In her introduction, Comolli makes the telling point that the social contract on which government is based is thoroughly broken in Nigeria. People give up certain rights to governments in exchange for protection and security, gifts that have been so obviously lacking for decades. Among many crying grievances, she highlights the weaknesses of education and agricultural policy, the catastrophic inefficiency of utilities, especially water and electricity, and a general sense that anything good or valuable is automatically given to the south rather than the north. Even before Boko Haram emerged, the north felt like an exploited internal colony under military rule. What the Islamists did was to channel those resentments into religious forms.

That concept of state collapse is crucial because it points to the extreme difficulty of defeating the movement and pacifying dissident regions. This is no mere case of re-establishing government credibility, but of creating such a notion in the first place.

The frailty of the state mechanism raises questions about Nigeria's future as a nation. In the Middle East, Islamists easily persecute and massacre Christians because these alleged enemies represent such a tiny minority. Boko Haram can commit similar atrocities in northern Nigeria, where churches are often bombed and congregations slaughtered, but projecting such behavior on the national scale would be a very different enterprise. Christians today account for almost half of Nigerians, and ordinary Christians have by no means been passive during times of ethnic and religious rioting. Yes, Christians could in theory be ejected from much of the north, but somewhere, lines will be drawn, and regional secession becomes an option.

Such a prospect is a nightmare for Nigerians, who recall the hideous civil war of 1967-70, which claimed over a million lives. But although the secessionists of that era were mainly Christian, the resulting war did not turn into a straightforward religious confrontation. Many of the key commanders of the Nigerian federal army were themselves Christian, including Olusegun Obasanjo himself. The thought of a future secession war based purely on religious loyalties is horrible to contemplate, and preventing it should be a key goal of the international community.

Defeating or containing Boko Haram is vital, and as Comolli shows, they are by no means the jihadi supermen they like to depict in their propaganda materials. They can and have been beaten. Indeed, some of their most flagrant atrocities are committed at precisely such moments of withdrawal and maximum vulnerability, as a means of reasserting strength and prestige.

That sensible perspective is helpful, and yet Comolli concludes her account with a quote from Nigeria's Chief of Army Staff, who warns that "We should not think of Boko Haram alone because when Boko Haram goes, another one may come." Ultimately, the Islamist danger can only be resolved by far-reaching economic development and a sweeping restructuring of the Nigerian state.

Philip Jenkins is Distinguished Professor of History at Baylor University's Institute for Studies of Religion. He is the author most recently of The Many Faces of Christ: The Thousand-Year Story of the Survival and Influence of the Lost Gospels, coming this fall from Basic Books.