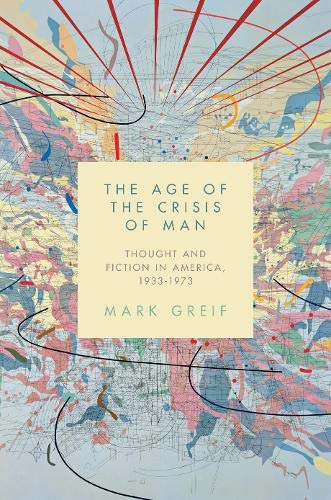 Greif could go further with this: "What is man?" is one of the chief questions animating Lucretius' De rerum natura; Thomas Aquinas pursues it with great vigor and detail, especially in De ente et essentia; Hobbes' Leviathan begins with a long section, in 16 chapters, called "Of Man"; the most central concepts of Confucian thought, ren and li, have defined the human in that tradition for millennia. I could continue these citations for quite some time. It does not seem immediately obvious to me that a mode of inquiry that has persisted on and off (largely on) for the past three thousand years or so throughout the world can be said to be "finished off" because American and Western European academics have for the past few decades found it tedious. Such a notion is both historically and culturally myopic.

Nor is Greif's claim true even if we confine ourselves to recent history: not only are discourse-of-man books still being written—see, for instance, Pierre Manent's much-discussed The City of Man (1994)—but our multifarious debates about the posthuman depend wholly on concepts of humanity remaining in play. Books like N. Katherine Hayles' How We Became Posthuman (1999) and Francis Fukuyama's Our Posthuman Future (2003) are as deeply implicated in the discourse of man as anything by Niebuhr or Lewis Mumford. Oddly enough, a passage from the conclusion of his book suggests that Greif knows this: "We insist that we come just after the moment of break or fracture with normalcy and tradition, that we are the first to discover a new mutation just coming into being—more Columbuses of the near at hand, to paraphrase Bellow." But he doesn't allow this point to disturb his belief that the discourse of man is "finished."

In another deployment of the same logic of after-ness, Greif writes: "The discourse of man unrolled a welcome for the last great era in which theologians (Reinhold Niebuhr, Jacques Maritain, Paul Tillich, and Pierre Teilhard de Chardin) would be taken seriously as intellectuals by intellectuals in general." Not "the most recent," but "the last." Maybe he's right; but the idea that intellectual history is moving with a ceaseless linear drive towards pure secularity is one that people hold to by faith more than by evidence. Greif's belief that religion is on its way out leads him to be less than scrupulous in his research on Christian thinkers and writers, so in dealing with Christian intellectuals, he is never on firm ground—his knowledge is spotty and skimpy, and his readings of Flannery O'Connor are quite uninformed by the necessary theological context.1 But unlike many academics of our time, he understands that Christian writers matter to the discourse of man, and for this he deserves commendation.

Following several other historians of ideas—James Gilbert's Redeeming Culture: American Religion in an Age of Science (1998) is especially helpful—Greif tells the story of how in America the great debates about the nature of man were contested by what one might call a Chicago school and a New York school. The Chicago school was led by Mortimer Adler, who had been brought to the University of Chicago in the 1930s by its charismatic president Robert Maynard Hutchins in order to bring a Great Books model of thought to that institution. When Adler came to a conference in New York in 1940 and declared that "Democracy has much more to fear from the mentality of its teachers [by which he meant its university professors] than from the nihilism of Hitler," left-secularists were appalled. The political philosopher Sidney Hook—perhaps the most vocal proponent of the New York school—recorded in his autobiography that as he listened to Adler, he was so outraged that the convener of the conference, Rabbi Louis Finkelstein, the president of Jewish Theological Seminary, stamped on Hook's feet to try to get him to shut up. Hook cried, when he got a chance to respond, "We have just been told that American democracy is in greater danger from its professors than from Hitlerism. Such a statement is not merely false but irresponsible, and at the present time doubly so."