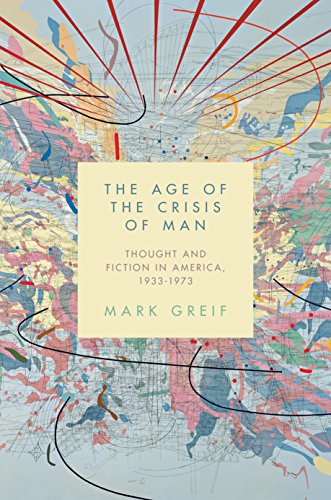 I must begin this review of Mark Greif's The Age of the Crisis of Man by declaring an interest. I am currently at work on a book tentatively titled The Year of Our Lord 1943: Christian Humanism and Total War. In it I describe a series of figures who discerned that a time of global conflict required them not just, or even primarily, to oppose the Axis powers but more crucially to emphasize the need for the spiritual renewal of the Allied nations, primarily through an educational system grounded in the Christian, or, generally, the biblical, understanding of human nature and human potential.

But Christians and Jews were scarcely the only people arguing, at that time, that the war (first as anticipated, then as suffered) required from the Allied nations a thorough rethinking of their cultures' answer to what W. H. Auden, in a postwar poem, calls "the pantocratic riddle": "Who are you and why?" There were liberal-secularist answers to these questions, Trotskyist answers, Stalinist answers, European-aristocratic answers; and none of the thinkers offering them were very pleased with the religious answers. As I pursued my research, it soon became clear to me that I would need to outline these controversies and debates, which took place on prominent stages, especially in the United States. I set to work; I drafted long chapters and wished I could make them shorter; I grew more absorbed in the research, which seemed to ramify endlessly and to take me farther and farther from the writers whom I had planned to write about.

So when Mark Greif's book arrived on my desk and I saw that he had explored just these debates—in great detail, buttressed with deep research, presented with great analytic and synthetic skill—my heart sank like a stone. All that work for nothing! That was my first response. My second was: Wait; now I don't have to worry about my book growing misshapen from those long scene-setting chapters: I can just cite Greif. And so my heart re-ascended. Then, as I read the book with care, I discovered that while Greif was reading all the right texts, his interpretations of them often diverged quite dramatically from my own, which was both fascinating and annoying.

Thus my declaration: I'm deeply invested in what Greif writes about here. I am therefore a knowledgeable reviewer but, perhaps for that very reason, not the most fair-minded one.

2.
Here are the titles of some widely read and well-regarded books that appeared in English in the middle of the 20th century: The Nature and Destiny of Man; The Abolition of Man; The Condition of Man; Man the Measure; Education for Modern Man; Who is Man? There are others bearing similar titles, and many, many others pursuing similar concerns under less explicit titles: Greif refers to them all as involved in the "discourse of man," and understands most of them as arguing, or simply assuming, that "Man" is "in crisis," poised at some distinctively challenging point in human history. In part because the great powers of the world—the United States and Great Britain, the Soviet Union, Nazi Germany, imperial Japan—were understood to embody different conceptions of human nature and human destiny, these controversies were not private, academic, or merely technical debates: "For a long period in the mid-twentieth century, fundamental anthropology—the problematic nature of 'man'—became a main rhetorical and contemplative current in the streams of thought and writing that shape a public philosophy."

It is because these debates were so widely followed, and so potentially consequential for public policy and for the cultural self-understanding of the Western nations, that Greif writes about them; certainly not because he finds the debates compelling. Indeed, early in the book he explains that they hold no intrinsic interest for him whatever: "One of the striking features of the discourse of man to modern eyes, in a sense the most striking, is how unreadable it is, how tedious, how unhelpful." I almost envy the easy confidence with which Greif identifies his eyes with the "modern"; with which he identifies whatever he finds "tedious" and "unhelpful" with the tedious and unhelpful as such. (Almost.) That confidence emerges from his unquestioned assumption that the "discourse of man" is over, "finished off by different claims."

But Greif's own historical framing of his subject disputes that very assumption:

Philosophers had contemplated man's nature for three thousand years. "What is man?" as a discrete phrase is a cliché twice over, and belongs to two different points of origin. One is the Bible: "What is man?" is heard in both Job and Psalms. But "What is man?" held a hallowed place, too, in the philosophy of the Enlightenment. It is remembered from the handbook to Kant's Logic, where he says that there are only four true questions of philosophy in its universal sense: "What can I know?," "What ought I to do?," "What may I hope?," and "What is man?"