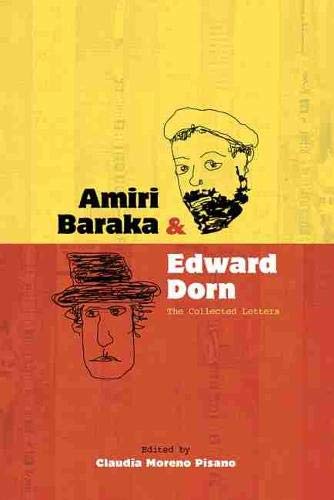 "It's the Swing Itself I Dig"

In 1965, after the assassination of Malcolm X, the poet LeRoi Jones left his wife, Hettie Cohen, and their two daughters to start the Black Arts Repertory Theatre School in Harlem. He cut ties with his white friends, many of them poets he had published as editor of the small literary magazines Yugen and Floating Bear and of Totem Press. He also changed his name, first to Imamu (Spiritual Leader) Ameer Baraka (Blessed Prince), later shortening it to Amiri Baraka, and would go on to become known for his zealous Marxism and occasional incendiary remarks. When a white woman once asked him how she could help the black cause, Baraka replied: "You can help by dying. You are a cancer." And in his 1996 poem "Forensic Report," he wrote that white people "cd / be killed / in the right / Situation."

How serious he was in such remarks is unclear. Baraka recounted in a 2008 speech that after he had left his wife, a fellow poet supposedly rushed to Frank O'Hara to tell him that "LeRoi … wants to kill all white people." O'Hara responded, Jones told the audience, "probably without putting down his drink": "Well, he won't start with us!" Yet, he still turned away from his friends, many of them progressives, and came to disdain the left and right alike. Why? Put another way, how did LeRoi Jones become Amiri Baraka?

Amiri Baraka & Edward Dorn: The Collected Letters, which gathers the correspondence of the two poets between 1959 and 1965, offers a partial answer—the transformation was fueled by pride, an increasingly simplistic (and inflexible) reasoning, and a real desire to do something meaningful. The letters also show Baraka to be an occasionally insightful critic, a good friend, and a virtuoso prose stylist.

Baraka and Dorn started writing when Baraka asked the latter for some poems for Yugen. The two poets met after Dorn made the long and, for him, expensive trip to New York from Santa Fe, New Mexico, in 1961, which would cement their friendship, at least for the next five years.

Many of the letters deal with the difficulty of getting published. Anyone, Baraka wrote, who says they don't care about publishing after writing is "full of shit": "It's like jumping in the English channel and then claiming to be a tourist." The poets discussed reading for Elsa Dorfman's short-lived Paterson Society, sending poems to The Nation and Poetry, publishing (or not publishing) a volume with Grove Press, applying for a Whitney Fellowship and a Guggenheim, and teaching at Buffalo. Regarding the latter, Baraka jokingly warned Dorn that it was "a working proposition": "That's a five day week they got going."

While Dorn rarely discussed his relationship with his wife, Baraka would tell Dorn about his spats with Hettie, his regular womanizing, and his struggles with alcohol and drugs. In 1961, Jones wrote Dorn: "Hettie & I are splitting. And I'm really sort of lost. Can't do anything but drag ass & get drunk …. Nothing seems as bright or fixed anymore. No point of reference." The two would get back together, but the relationship was always strained, and would end in 1965, as noted above, when Jones replaced Hettie as his "point of reference" with politics.

Jones is disarmingly honest in these letters, which might come as a surprise to people familiar with his later work. In 1963, after a drug overdose, Jones tells Dorn: "So today, sitting in front of the desk … I said to myself, Wow, I'm really a good guy, haven't had any shit in a couple of weeks. And for two or three seconds I actually believed it! Huh. What do you make of that buddy?" That same year, Jones writes in a telling aside: "risk is something I need. It is as traceable as distortion, which I stand by too, that is I don't expect to be right, but it does profit my energies when I am. Moreover it's the swing itself I dig."

On the topic of other writers, Baraka is also the most outspoken. He thought James Baldwin was an untalented sellout, but he loved Jean Toomer. W. S. Merwin is a "really great cat"; William Burroughs, "a fink." Neither poet cared for Gil Sorrentino, and Baraka could not stand Denise Levertov. At one point he disgustingly joked that being "raped by Peter Orlovsky every Tuesday for a year" would help to "cool her out."

The letters are most interesting when the two poets turn to politics. Baraka had visited Cuba in 1960, which was a life-changing experience for him. Cuba had shown him his hypocrisy. The slave trade marked the beginning of capitalism, Jones came to believe, following Marx, but here he was in 1960, the grandson of a shop owner, contributing to a system built on the bloodied backs of his ancestors. He had to do something, he told Dorn, but he wasn't sure if he was willing to make the sacrifices needed:

I'm getting to be a bigtime politico. Uptown (harlem) speaking on streets, getting arrested. Even made Senator Eastland's list, which is some distinction. "Beatnik poet, radical leftist racist agitator," to quote that dear man. Have a trial coming up next month (after 3 adjournments) for "resisting arrest; inciting riot; disorderly conduct." All true as hell. My only bitch is that I only got in one good swing before they popped me (but good). What is it all about? Who knows? It's just that I've got to do something. I dunno. I'm picked. What I wanted (& want) was soft music and good stuffy purity (of intent, of purpose) elegance, even (of the mind). And now I'm fighting in the streets and the cops think I'm dangerous. But what is heavy on my head is … Do I owe these people that much? Negroes, I mean. I realize that I am, literally, the only person around who can set them straight. I mean straight … not only as to what their struggle is about, but what form it ought to take! I meet these shabby headed "black nationalists" or quasi intellectual opportunities [sic], who have never read a fucking book that was worth anything in their damned lives … and shudder that any kind of movement, or feeling shd come down to the "people" thru their fingers.

The self-doubt mixed with pride ("I realize that I am, literally, the only person around who can set them straight") slowly evaporated and became only pride. The letters also show that Jones became increasingly frustrated with liberalism's shortcomings and hypocrisies while remaining blind to his own. The left, he wrote to Dorn, "is completely bourgeois." The unions "are like the mafia" and the left's "so called intellectuals and poets" address a working class that "HAS NOT EXISTED FOR TWENTY YEARS." While some American avant-garde poets talk a big game, Baraka complained, they don't want things to change, "believing, even, finally in Art for X's Sake." "I do not believe in all this relative shit," he told Dorn, "There is a right and a wrong. A good and a bad. And it's up to me, you, all of the so called minds, to find out."

The solution for Jones was that the country had to be exploded, and he was the one to do it. "I am so tired," he would write in 1964, "of mediocre error, and that shitty little string of gradual compromise." "The bombs yes?" he writes Dorn in 1962. "I certainly wanted that (and still want it For Real, and not as a mere thought) but my idea is more complex, and, I trust, more interesting than simple terrorism." Baraka wanted a cultural revolution along with the bombs.

Dorn's response to Jones on this score is insightful. He warns Jones of the breathtaking pride needed to proclaim oneself a revolutionary and of the fact that Jones cannot so easily remove himself from the middle class to attack it:

Certainly, as I said, terrorism is an act of birth, ie, in birth's hands, and you as several other people have an innate right to that. I think it must be true then that what they say about the "opportunity" factor of say revolutionaries and such, activists of all kinds I suppose, ie, that the time has to be right. The question then becomes when do you know when the time is right? After all, wow, pretentious, AFTER ALL there are one or two revs for every, not even every, generation that numbers in the billions, now. So ok, by birth you are an activist, but culturally you're not. Now wait a minute boy! Culturally you're really not. Now I don't give a shit what color you are you got the same culture I got. I've talked to you. You got other things sure, of course that's true, but we understand each other very well I think, and I think it's because you came from a lower middle class liberal background and I came from a lower class conservative background. I mean right here that sociological reality, the lines of dispensation of, cutting across the whole middle patch, name your terms and the connections can be come up with … Perhaps I'm wrong. But I take your anger, insofar as it can be localized, is poetic, and I am very aware that adjective is in bad odor, but I am pronouncing it here to describe the fact that you ain't cut out for the shit.

Dorn was right. Jones was not a revolutionary, and Jones's unwillingness to accept this and instead allow himself to believe that he was set apart—destined to turn the country upside down—ruined much of his talent.

Claudia Moreno Pisano provides detailed notes to the letters throughout the volume, and while not all of these notes are necessary (some tell us little more than the letters themselves), and a few fall back on stock generalizations about the period, many provide important historical and personal details needed to understand the correspondence. All in all, the collection provides a fascinating look not only into the lives of these two poets but also into a turbulent time in American culture that is both very different from and sadly still very similar to our own.

Micah Mattix is an assistant professor of literature at Houston Baptist University.