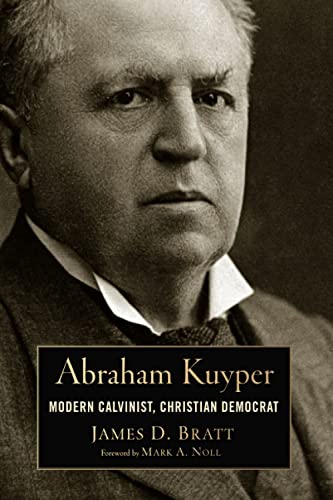 Evangelicals in America have long debated the issues of Christianity and culture. These debates have all too often been founded on a series of theological dichotomies that stunted evangelicalism at critical points in its history. Consider the following questions the movement has wrestled with over the past fifty years. Should evangelicals either engage in culture or remain distinct from culture? Should they engage culture through evangelism or social action? Should their cultural weapons consist of prayer or politics, piety or publishing? Should evangelicals work to conserve a cultural past or to envision a new cultural future? The problematic either/or nature of these debates has plagued evangelicalism's approach to culture since its inception.

In his classic work Orthodoxy, G. K. Chesterton argues that Christian engagement with culture should reject both pure optimism and pure pessimism. What we need, he argues, is a third way. This alternative is not some sort of "moderate" or "measured" combination of the two options. Instead, Chesterton insists, a Christian must find a way to engage culture as both "a fanatical pessimist and a fanatical optimist." In other words, "what we need is not the cold acceptance of the world as a compromise, but some way in which we can heartily hate and heartily love it." We need "a fiercer delight and a fiercer discontent" with the world as it is. For Chesterton, the question before Christians in the world is this: Can you "hate it enough to change it, and yet love it enough to think it worth changing?"

The prospect is enticing, but Chesterton's readers are left to try and imagine a real human being who could both love and hate the world with such vigor. What would such a life of radical optimism and pessimism look like? How could someone possibly sustain these opposing dispositions? Wouldn't such a paragon simply come apart at the seams?

In Abraham Kuyper: Modern Calvinist, Christian Democrat, James D. Bratt paints a complex portrait of exactly such a figure. Bratt, an accomplished and nationally recognized historian from Calvin College, has done a masterful job of capturing the full depth, passion, and brokenness of the 19th-century Dutch pastor, professor, and politician "Abraham de Geweldige" ("Abraham the Great"). Throughout the biography, Bratt paints a vivid picture of a Christian leader who eschewed the "cold acceptance of the world" Chesterton loathed in search of "a fiercer delight and a fiercer discontent" with the world as it is.

American evangelicals have long looked to Kuyper for a fresh perspective on Christ and culture. Rather than suggesting that Christians must either engage or remain distinct from culture, Kuyper's story embodies a distinctly Christian voice within a pluralistic public square. Rather than posing a stark choice between evangelism and social justice, Kuyper's robust theological vision validates Christian actions in every cultural sphere. Rather than choosing between prayer or politics, piety or publishing, Kuyper evinced a belief in the power of all modes of cultural engagement. Rather than romanticizing either the past or the future, Kuyper showed how Christians can creatively envision the future through the wisdom of the past.

But while the English-speaking world has long had access to Kuyper's imaginative theological ideas, Bratt provides something it has lacked—a comprehensive, thoroughly researched, and fair-minded picture of the man behind the ideas. Kuyper's public lectures, his private letters, his political debates, and his personal devotionals all inform this biography, which also draws on his voluminous scholarly writings on religion and science, poetry and politics, philosophy and history.

At the same time, Bratt situates Kuyper within the larger historical context of Dutch modernism, German Romanticism, French liberalism, English colonialism, and American optimism. Through it all, Bratt casts Kuyper as a truly international figure, a public intellectual deeply engaged in the emerging questions of global politics, trade, religion, and culture.

While deeply appreciative of Kuyper's virtues, Bratt eschews hagiography. He gives us a portrait of "a great man, but not a nice one," a larger-than-life public figure who struggled to the very end of his life with insecurity on the one hand and arrogance on the other. Describing in detail the destructive private and public battles Kuyper waged throughout his life with friend and foe alike, Bratt also charts the sometimes-strained, sometimes-heartbreaking relationships Kuyper cultivated with his wife and his children.

The result is added insight. Consider, for example, Kuyper's well-known argument for "sphere sovereignty," his conviction that authority and responsibility should be limited and distributed throughout society rather than concentrated in the hands of a single individual, state, religion, or corporation. This, Kuyper believed, was God's intention for the flourishing of creation—complex networks of activity spread throughout a culture. While this vision spawned a century of academic, cultural, and political activity amongst those who were inspired by it, Bratt's biography conclusively demonstrates that Kuyper himself was not able to live up to his own ideal. Rather than accept his own finitude in terms of his own limited cultural authority and responsibility, Kuyper spent every last drop of his time and energy attempting to both articulate and organize an all-encompassing fully orbed movement for Dutch cultural, religious, and political reform. Bratt's account of Kuyper's outsized ambitions and debilitating bouts of exhaustion provides a cautionary note to those who would pick up the Kuyperian flag and claim "every square inch" of culture for Christ.

Bratt's biography will serve as an indispensable resource for scholars in theology, philosophy, political science, and cultural studies who are interested in drawing on Kuyper's life and work. For those who are new to the subject, the place to start is Kuyper himself. His Lectures on Calvinism and the collection entitled Abraham Kuyper: A Centennial Reader, edited by Bratt, provide the best entrance into the world of Kuyperiana. For thoughtful reflections from an American evangelical on Kuyper's relevance today, consider Richard J. Mouw's Abraham Kuyper: A Short and Personal Introduction.

As a young evangelical who has grown weary of voices from both the "evangelical Right" and the "evangelical Left," I've been drawn to Kuyper's third way—to both love and hate the world with vigor and creativity. Bratt's biography will encourage other young Christians in years to come as they begin to imagine a new future for cultural engagement drawing on Kuyper's bold, beautiful, and broken story from the past.

Matthew Kaemingk is executive director of the Fuller Institute for Theology and Northwest Culture at Fuller Northwest Seminary.