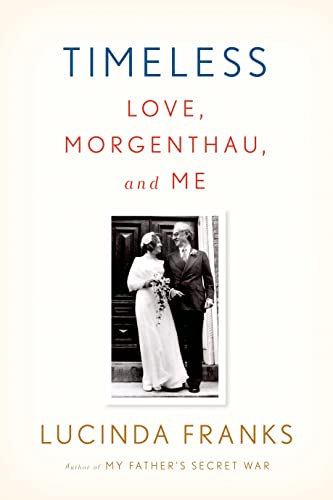 The story of a marriage.
January/February 2015

My grandfather passed away recently. A few weeks before his death, I spoke with him on the phone and found myself caught between the trivialities of small talk and the significance of knowing that I would never speak to him again. His voice was gravelly, distant. My five-year-old huddled next to me. "What are you studying in school?" he asked her. "Math," she said. "What did she say? What did she say?" he kept asking. "Maybe he's already dead," she whispered.

During the conversation, I found myself remembering a man whose greatness as a veteran, entrepreneur, and civic leader was contradicted by his intermittent cruelty. He took me out for Dunkin Donuts and taught me how to drive a tractor, but he also chastised me for changing the radio station without his permission, belittled my grandmother (and other women) in such a way that I credit him in part for my feminist sympathies, and ruled my father and his siblings with enough severity that as adults they vowed: We will not parent the way our father did. And yet in that moment on the phone, I found myself choking up. "May the Lord bless you," he said. I felt grief welling at the back of my throat, overwhelmed by the prospect of his death, the power of our shared lineage, and the simple realization that, flawed as he was, I needed his love. I needed him.

In Timeless, a memoir of her marriage, journalist Lucinda Franks writes about family pain and the deep spiritual and psychological needs—unmet by a parent (or grandparent)—that persist past childhood into the full arc of a person's life. "We look inside our partners for our fathers, our mothers," she writes, "for the chance to complete what was started but never finished." Franks seeks completion through her marriage to a man named Robert Morgenthau, district attorney of New York County. He is "Methuselah marrying Little Bo Peep," if Methuselah were a fiftysomething lawyer and Little Bo Peep a twenty- something peacenik who chained herself to the White House fence in protest of the Vietnam War.

Their love story offers a sweeping view of New York City high life through four decades of American history—from Vietnam to 9/11 and beyond—and reads a bit like The Godfather from the perspective of the establishment. Morgenthau plays the counterpart to Vito Corleone, a man of power and empire who as da looks after his people with lawful (rather than vigilante) justice. He wins convictions against major operatives in the Mafia, prosecutes a watershed case of Nazi art theft, and employs "half the luminaries in Manhattan," including Mario Cuomo. Franks is the young family matriarch who comes of age amid the ferment of the feminist movement. She takes a bullet to the foot while reporting in Northern Ireland and gets an urgent call from a Times copyeditor right before she's wheeled in to a hospital room to give birth to her first son.

Together, their lives are a series of snapshots ripped from Time magazine. In the book's photo gallery, we see Franks with Robert Redford; Morgenthau with JFK; Franks and Morgenthau as a couple, arm-in-arm with Ariel Sharon. And yet, for all the public spectacle, their story is a simple drama of two people and their private pain (as well as happiness). Morgenthau suffers from ptsd, both as a war veteran and as a widower whose first wife died of cancer. Franks suffers from memories of a bipolar mother and a remote father. Their marriage becomes a working out of their respective suffering.

For a woman who might hide behind her prominence, Franks writes with great transparency and slips with ease into self-disclosure that most of us would save, ahem, for the hush-hush murmur and hum of a therapy session. "Why had I fallen in love with a man who doled out his comfort sparingly?" she asks. "The answer was obvious. We marry our fathers." Her dad came back from World War II "broken, full of secrets," emotionally absent, and alcoholic. The ache of his absence translated into spiritual pain for Frank: "I had lost interest in Jesus," who "knew my suffering and had refused to help." But after years of agnosticism, she regained belief through a reconciled relationship with her dying father. She writes,

My earlier passion for Jesus Christ … rose up from the weakness of my faith. He had been buried deep within me, much as my father had. When Dad finally became real, almost sacred to me, so God did in a way he never had before.

While Franks has rekindled the Christian faith of her youth, Morgenthau, a German Jew, remains wary of God. His lost faith hovers at the edge of their otherwise transparent marriage. "Please, for once, tell me what you believe in," Franks pleads with him. He deflects the question. She persists: "It's because of the Holocaust, isn't it?" Over the span of their marriage, Franks sees in her husband what he doesn't yet see in himself, namely, that his life's work—defending the tired, the poor, the huddled masses—betrays a dormant theism. He believes in justice. And he seems to yearn for the God of justice, too.

As a reader, I found myself drawn to this memoir for the same reason that I'm drawn to a Vanity Fair profile on the mental health of Jackie Kennedy Onassis—I want to know that famous people are flawed and human. The man who strides out the door as district attorney is the same man who drools on his pillow and has nightmares; the woman who wins a Pulitzer for her reporting is the same woman who suffers from chronic insecurities about her self-worth. Yes, the book has defects. It reads at times like a journal. Certain figures (including Franks' kids) feel extraneous. The narrative needs a corset. Even so, there are insights worth waiting for, and the fallout of family lineage is one of them.

For both Morgenthau and Franks, their familial pain—an absent father for her, the Holocaust for him—affects their ability to lay claim to the lineage of faith. Morgenthau, in particular—as someone who is leery of religion but still plagued by longing—seems to epitomize the fate of belief in a secular age.

This yearning for faith plays out in one particularly poignant story. After being granted special permission by Israel, Franks and Morgenthau climb Mount Sinai before it's given over to Egypt. They stand together at the pinnacle of the mountain, searching the far horizon for the Red Sea. Franks takes Morgenthau's hand: "His eyes are welling up." He says to her, then, "Do you remember when Moses asks God his name? God replies, 'I am who I am.'" As Morgenthau stares out into the distance of the Sinai desert, he seems to name two deep, simultaneous needs that hound their lives: a homeland for himself, the Diaspora Jew, and a Father for them both.

Andrea Palpant Dilley is the author of Faith and Other Flat Tires: Searching for God on the Rough Road of Doubt (Zondervan).