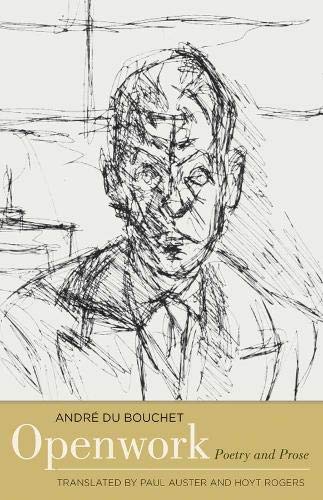 “I Wandered Around This Glow”

When a poem is “too clear, you see nothing.”
January/February 2015

All literary works are fragments of a kind. However complex the plot, deep the characters, nuanced the feelings, or multifarious the images, possibilities remain unmentioned, details uninvented, feelings muted, and angles unexplored. The satisfaction that even great novels or poems provide is a momentary fullness. There is always more to be said or felt, and it is in this sense that no work is ever complete.

But not all works are fragmentary. Some—mostly from the 20th and 21st centuries—are full of gaps, disconnected phrases, clashing images, and shifts in situation and tone. Others are not. The connection between images and events is clear. We may think of the former as "postmodern" texts—poems or novels that undermine coherence as an attack on meaning—but this lumps very different works into a single, rather useless category. Not all fragmentation means the same thing. Sometimes it is used to say less, but sometimes more.

One poet who uses it to say more is André du Bouchet (1924-2001), an under-recognized poet's poet in his native France who is almost entirely unknown in English despite living and studying in America for eight years. In Openwork, a selection of du Bouchet's poetry and notebooks from across his career published in Yale's wonderful Margellos series, du Bouchet is preoccupied with reality. For him, we see but don't see the world and ourselves. "The profound coherence," he writes, "of certain superficial, ill-assorted images" can blind us to the particularities of a tree, stone, or blade of grass. The task of the poet is to bring us face-to-face, however momentarily, with these objects by "flay[ing] the senses." This is not an attack on the order of things but an attempt to see through it to creation's complexity. When a poem is "too clear," du Bouchet writes, "you see nothing."

Born in Paris in 1924 to a medical doctor of Russian-Jewish descent and a schizophrenic father who was trained—but rarely worked—as an engineer, du Bouchet grew up in the city's well-to-do Sixteenth Arrondissement. In 1940, the du Bouchets fled German-occupied France on the last passenger ship out of Lisbon to Boston. Du Bouchet's paternal grandfather, who was a successful physician in Paris but who was born in Philadelphia, had returned to the United States a year earlier and helped the family initially, but he could not support them indefinitely. Du Bouchet's mother restarted her medical studies since her diploma was not recognized in America. His father was institutionalized, and du Bouchet and his younger sister, Hélène, were sent to boarding school. Du Bouchet then attended Amherst College, from which he graduated summa cum laude, before earning an MA in English at Harvard and returning to his native France in 1948.

As Hoyt Rogers points out in his introduction to Openwork, du Bouchet's eight-year "sojourn," as he called it, was unwanted but instrumental to his development as a poet. Du Bouchet wrote his mother in 1947 that his time in America was "neither lovely nor dreadful. It has simply been a necessity … a condition of my life," but, as Rogers notes, it allowed him to master English and separated him from his own language, which helped to highlight the connection between feelings and words—one of du Bouchet's preoccupations. Rogers notes that in a conversation with du Bouchet less than a year before he died, the poet "recalled that in this period English was the language in which he 'didn't sputter,' whereas French was the language of intimacy, 'of everything that belonged to the order of muteness.' After his long exile in America, he noted, French seemed 'like a foreign language.' "

On his return to France, du Bouchet married Tina Jolas and, with the help of research grants and fellowships, which he did not always use for their intended purposes, began writing and studying poetry. He became a student of René Char (who would later have an affair with du Bouchet's wife) and the work of Pierre Reverdy and Francis Ponge. He became good friends with Yves Bonnefoy (with whom he founded the short-lived but influential journal L'Éphémère), as well as with many of the major writers and artists of his day, including Paul Celan, Philippe Jaccottet, and Alberto Giacometti. Yet, he eschewed the surrealism that was still popular in France in the 1950s and was skeptical of intellectual and literary trends. Instead of Paris, he preferred the French countryside—first in Normandy, then around the village of Truinas in southeastern France, where he bought a house in 1971. Du Bouchet would often take notes and write lines into a notebook while on long walks. Some of these he would revise and publish in small presses. Others he left unchanged.

In his earlier work and notebooks, du Bouchet is at his most prosaic. He turns frequently to the nature of writing: clarity, he believes, can be calming but deadly. It's comforting to read "stories of fire" in "Black letters big as birds," he writes. We "fear we've lost what we love," and "Our remorse feeds on scenes that we rehearse":

Pleasures filtered by night turn to brine,
like a feeling we experience upside-down:
a mirror-image, such is the placid hell of trees
in the gleaming brook. Their branches smile,
dangle free

Here du Bouchet, who received a Greek scholarship to Amherst, is most likely responding to Aristotle's idea that the value of tragedy is found in its "catharsis"—its ability to "purge" or "cleanse" our excessive passions, in particular, fear and pity. But for du Bouchet, mimesis (the "mirror-image") does not liberate us from the "fear we've lost what we love." It keeps it alive, transforming it into a "placid hell … in the gleaming brook." "I refuse this tender alphabet," he writes. "Burn, Burn, and always Burn / and forever the frenzy of chains / and pointless thirst and ravenous fire." Better knowledge of life's "pointless thirst" than the delusion of freedom.

Du Bouchet's critique of mimesis is not an attack on poetry's obligation to reflect reality. Rather, mimesis is vulnerable to oversimplifications. Instead of letters "big as birds," du Bouchet turns to blank spaces; and instead of shaping his words "around the hero," he uses "words made of much silence." The ready-made stories we tell ourselves, "the images rolling under [our] brow," have clouded our vision. "What's left of the man himself so thoroughly trampled and smudged out," du Bouchet asks rhetorically, "whose outline on the sidewalk is so sharp?" This brings us back to du Bouchet's preoccupation with the object. For du Bouchet, to look out on the world, to see it in its particularities, is also to see ourselves more clearly. "Man," du Bouchet writes, "is the conscious part of reality; man is reality's head."

There is an element of Eastern mysticism here. Rogers argues that "there is no such thing as 'mysticism' in du Bouchet's work, much less a personification of the sacred," though he admits "there is undeniably a profound strain of self-abnegation." "All he professes," Rogers continues, "is that beyond our limits there is otherness."

But du Bouchet says more than this. The earth is "immense," full of a life that it cannot easily contain. The sky "heaves … above the earth," and the sun is an "unharnessed fire," an "unconsumed fire igniting us like a / tree along the slope." In fact, the poet is frequently overwhelmed by the earth's grandeur:

the field
eclipses itself

like a stack of plates
held
in the arms

I stay
with these cold white plates

as if I held the earth
itself

Du Bouchet can't avoid using personification. The earth speaks. He writes of his "relationship" to reality. Here he holds the field like a child—a field that is alive but also enlivened by something greater than both itself and the poet.

At the same time, the earth "strips us bare." It remains, but we "dissipate." "Alone I inhabit this white / place," du Bouchet writes, "where nothing thwarts the wind." For du Bouchet, the task of the poet is to face the earth's grandeur and cruel impersonality with courage and without delusion. This means longing for continuity, for something beyond the "silent … wall": feeling deeply without ever finding satisfaction. Yet, even du Bouchet cannot prevent his sort of perpetual openness from sounding dogmatic and his belief in the absence of satisfaction from smacking, well, of satisfaction. "I found myself / free / and without hope," he writes at one point, which we are meant to find laudatory (so much for self-abnegation), and intones: "Nothing satisfies me. I satisfy nothing."

The translations themselves are marvelous. Paul Auster revised his translations of du Bouchet's In the Vacant Heat and Where the Sun, and Rogers, who has translated the poetry of Yves Bonnefoy and the fiction of Philippe Claudel, took care of the earlier and later work. Here we have a poet whose lines often contain worlds—a master of the image, who possesses an exactitude that makes his poems, whatever his attitude towards desire and other faults, a pure pleasure to read.

Micah Mattix is an assistant professor of literature at Houston Baptist University.