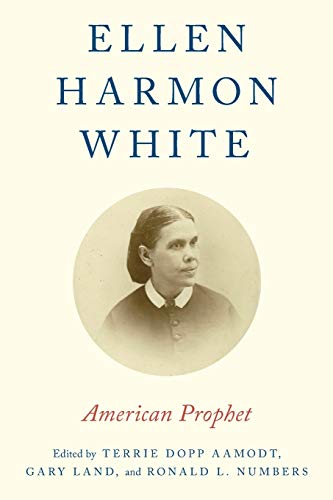 Many of White's visions concerned the behavior of individual Adventists, families, or congregations. After having such a vision, White would write a letter to the offender(s), "expressing her convictions and persuading [them] to change their attitudes and habits," writes Graeme Sharrock. These letters, called "testimonies," were widely distributed, and many were eventually published. This did not necessarily please their original recipients. Her late-1860s spate of testimonies against "solitary vice," for example—some of which named names—may have won her more readers than friends.

Other visions helped to set directions the SDA church would take. Ronald Numbers and Rennie B. Schoepflin describe White's 1863 vision about health: "God showed the thirty-five-year-old prophetess the evils of medicinal drugs, alcohol, tobacco, tea, coffee, meat, spices, fashionable dress, and sex and the benefits of a twice-a-day vegetarian diet, internal and external use of water, fresh air, exercise, and a generally abstemious life style." Health reform, medical missionary work, hospital building, and education for the health professions all have become hallmarks of SDA practice.

White's enduring influence depends primarily on her writing. The author of 26 books—one of which, Steps to Christ, has sold twice as many copies as Harry Potter and the Deathly Hallows—she also wrote pamphlets, articles, and letters totaling some 70,000 typed pages. Theology was not her strong point, but everything she spoke or wrote was built on her conviction that Jesus would soon return. The faithful would then spend 1,000 years in heaven before coming back to a re-created earthly paradise. For White, as for John Milton, both paradise lost and paradise restored were literal. The Genesis creation story was to be read as history—six 24-hour days of work followed by one 24-hour day of rest. To understand the story any other way, she believed, was to weaken the argument for seventh-day Sabbath observance. Evolution was a lie promulgated by infidels; Noah's flood, not geological ages, explained the fossil record. If this sounds familiar, it's because there's a direct line from White's teaching to that of an early 20th-century SDA convert, George McCready Price, and from him to the "creation scientists" that still exist today—though few of them worship on Saturday.

Much of White's writing was heavily edited, ghosted, or borrowed without attribution. White, whose education ended at third grade, did not see this as a problem. Some of her contemporaries did. But in the early 20th century, Adventism, like much of the rest of conservative Christianity, was moving toward fundamentalism, and Adventist leaders who believed that White's words were practically inerrant managed to suppress the critics' objections. From the 1930s to the 1970s, "the 'practical inerrancy' perspective rose to a position of orthodoxy," say SDA professors Paul McGraw and Gilbert Valentine. And then in the 1970s an assortment of Adventist writers uncovered the suppressed documents, researched White's sources, and argued that her theology was faulty. All hell broke loose.

My daughters abandoned Sabbath school in the late 1970s, and our family began attending an Episcopal church in 1981. We avoided most of the acrimony briefly described in the last chapters of Ellen Harmon White. I can't evaluate McGraw and Valentine's assertion that "early twenty-first-century Adventists appeared little concerned about her words at all," though they are surely right in noting that "divergent perspectives on the role and authority of the Ellen White writings continue to compete in the church." While many SDAs, like the contributors to this book, now hold a nuanced view of their church's prophet, some of the church's top administrators are actively promoting a 1950s-style fundamentalism. Personally, I like George Bernard Shaw's description of another visionary, Joan of Arc:

There are people in the world whose imagination is so vivid that when they have an idea it comes to them as an audible voice, sometimes uttered by a visual figure. … The test of sanity is not the normality of the method but the reasonableness of the discovery … . But she was none the less an able leader of men for imagining her ideas in this way.

Whatever else she may have been, Ellen Harmon White was "an able leader of men" who deserves to be more widely known. This book is a welcome step in that direction.