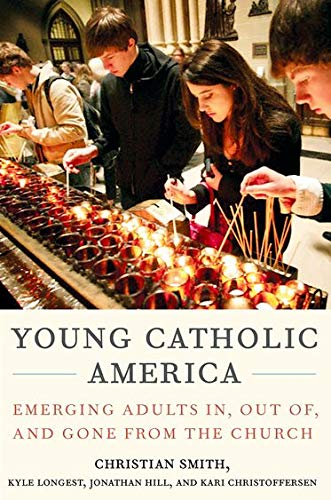 The good news in Young Catholic America is that, for all the talk about the Church's decline, today's American Catholics between ages 18 and 25 are not so different from their predecessors of the 1970s and 80s. That's also the bad news. As in decades past, only a minority of Catholic young adults attend Mass most or all Sundays (34 percent in the 1970s, 20 percent in the 2000s), pray daily (36 percent in the 80s, 45 percent now), and rate their religious affiliation as strong (26 percent in both the 1970s and the 2000s).

Disagreement with the Church's most controversial moral teachings is also common: 33 percent of young Catholics consider abortion OK for any reason, 43 percent consider homosexual sex not wrong at all (one of few numbers that has changed markedly), and more than 90 percent reject the Church's ban on premarital sex. As the authors conclude, "whatever religious decline that may have happened must have taken place before the 1970s," most likely during the upheaval following the Second Vatican Council and the 1968 release of Humanae Vitae, the encyclical reiterating the Church's longstanding ban on artificial birth control.

Since that time, Catholics' religious practices and moral views have hardly differed from those of their non-Catholic peers. In other life outcomes, from mental health and family relationships to educational attainment and volunteer activities, the same story broadly applies. Today, even young adults who were raised unequivocally Catholic—as teens they had Catholic parents, attended Mass regularly, and self-identified as Catholic—say that you don't need the Church to be religious (74 percent) and that it's OK to pick and choose your beliefs (64 percent). They do not accept the Church as an authoritative teacher of Christian doctrine and do not consider the Church necessary to their spiritual lives at all: by baptism they are Catholic but by belief, they are effectively ...